In an interview with Karan Thapar, Dr. Anurag Behar of the Azim Premji Foundation talks about the approaches being used by the Karnataka government to address learning losses, resulting from the pandemic. 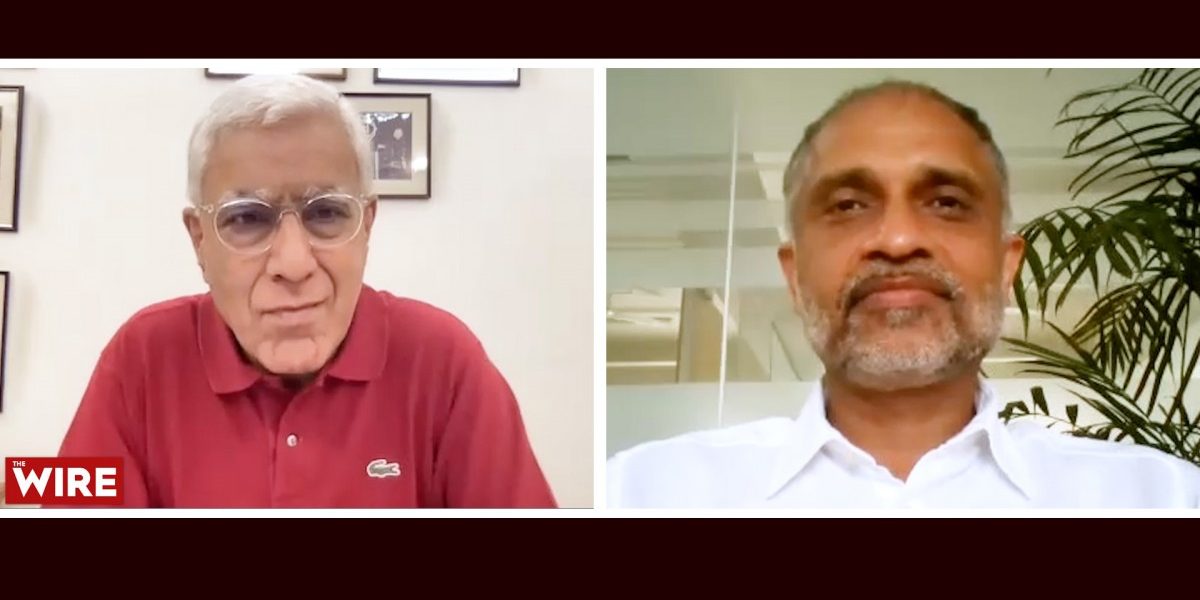 After weeks when the only news from Karnataka was about hijab, halal and the denial of rights to Muslim traders, we now have an outstanding good news story: the state’s response to the crippling impact of the pandemic on school education.

Dr. Anurag Behar, the CEO of Azim Premji Foundation and the vice-chancellor of Azim Premji University, describes it as “the crisis of the century”. “The state is doing almost everything right and therefore could be a model for other states to follow.”

In a 15-minute interview with Karan Thapar for The Wire, Behar says Karnataka’s response can be categorised into three key steps:

Dr. Behar also says this meant: “A clear instruction was issued to every teacher, principal, school and all education department officials that this year all efforts must be directed at recovering lost learning…the teachers must not try to complete the current year’s syllabus without a learning recovery.”

In terms of devising the right education response, Dr. Behar says a crack team, comprising teachers and faculty members from training institutes, was created to review the curriculum and redesign the syllabus for all classes. In essence, the content load has been reduced without compromising learning outcomes.

To ensure the steps are operationally feasible, Dr. Behar says: “A portfolio of Teaching-Learning-Materials has been developed to help support teachers in the classroom to recover lost learning.”

In addition, “A comprehensive teacher-handbook has been developed to guide the teacher on how to act optimally in the classroom.” On top of this, he goes on to add, “A detailed plan has been developed for training 2,000 master resource persons who in-turn will train the 250,000 teachers.”

Dr. Behar’s conclusion is simple and stark: “At this stage, it’s hard to imagine anything better.”

Dr. Behar says that it would be wrong to give credit to a specific minister or individual. The entire system in Karnataka has combined and aligned itself to work together to produce this outcome.

Although he is very reluctant to claim credit, Dr. Behar accepts that the Azim Premji Foundation has worked very closely with Karnataka, as it’s also working closely with other states.

This positive story deserves recognition and applause and, beyond that, to be followed and adapted as a precedent by other states.