Indian Universities Should Be Able to Appoint Their Own Vice Chancellors

The University Grants Commission has asked Aligarh Muslim University to give up their unique appointment process to conform with other central universities, when in fact it should have done the opposite. 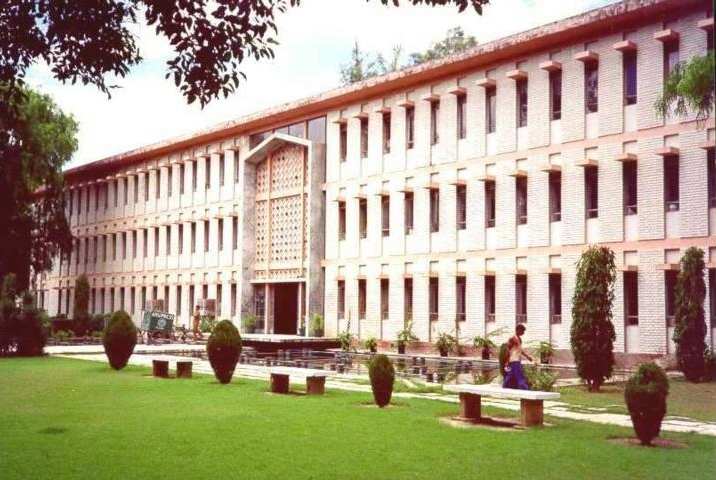 The University Grants Commission has asked Aligarh Muslim University to give up their unique appointment process to conform with other central universities, when in fact it should have done the opposite.

India’s leading universities are not where they should be – both in terms of international rankings as well as the promotion of free thinking and dissent. Of course vice-chancellors (VC) cannot be entirely blamed for this, but how we select people to lead universities does have a bearing. Who should be appointed as a VC? What should be the process of appointment? Is the process at Aligarh Muslim University (AMU) more democratic and transparent than in other universities? In the light of the University Grants Commission’s (UGC’s) special audit report on AMU, these questions are particularly important.

It is sad to see that in many cases, VCs, the heads of the universities and the most visible symbols of the university system, are appointed not because they are reputed scholars or distinguished administrators, but because they have the right political connections in the Ministry of Human Resource Development (HRD) in the case of central universities, or the appropriate political or caste affiliations in state universities. There is also talk in some state universities on money exchanging hands while the post is filled. Not surprisingly, expediency, and not merit, is the basis of the choice. Associate professors – and in some cases even assistant professors – who have worked only in private colleges with no university experience have been appointed as VCs. Because of this mess, a number of appointments have been quashed by the judiciary in the recent past because of ineligibility, absence of consultation between the governor and the state government, problems in the composition of the search committee, and so on. A VC’s selection through a search committee, then, is far from foolproof. In fact, it is quite easy for political masters to influence members of search committees since the chairmen are government-nominated.

The UGC audit report about AMU has suggested that the university adopt the process of appointing vice chancellors used by other central universities, where appointment is done through a search committee after a public notice invites applications. This seems to be only substantial recommendation from the much-hyped academic audit report. Why AMU, which has been ranked at number 11 among Indian universities even by the HRD ministry , was selected for this strange audit is not clear. International rankings have also rated AMU quite high. In fact, in terms of research publications with a high impact factor, AMU comes is in top three universities of the country. It loses out on the public perception parameter, but that may well be because of other motivations.

As a VC who was appointed through a search committee, I do not want to comment on the selection of others VCs in the same manner. Everyone knows that search committees do not always recommend the best candidates. A number of VCs owe their appointments to their ideology; during Congress rule, Left-leaning people were routinely picked as VCs by the very search committees that today almost always chooses only right wingers. The Left, then, has no right to criticise the BJP on this count. In fact, HRD ministerPrakash Javadekar deserves appreciation for staying away from politics in the latest VC’s appointment at AMU – he appointed the person who secured the most votes in the university court. Even during Smriti Irani’s tenure, in few cases, then president ignored the HRD ministry’s opinion, yet she was the one who was criticised.

Also read: The BHU VC May Go But Those Who Imposed Him Must Be Held to Account

AMU has constitutional status as a university, since it is mentioned in entry 63 of the seventh schedule of the constitution. Its unique process of selection should act as a model for other universities. The university’s 25-member executive council is made up of three person nominated by the Indian president and one person nominated by the UP governor, in addition to five deans, one provost, two principals and four teachers, who are chosen by the university teachers. The executive council recommends five names to the university court, which has more than 180 members comprising five members nominated by the Indian president, ten MPs chosen by parliament, eminent educationists, civil society representatives, 25 alumni and as many as 15 elected student representatives, including the top three office bearers of the students’ union, all deans, 20 of the senior-most heads of departments and representatives of non-teaching staff, including fourth grade employees. So everyone in the university participates in the selection of the VC.

Initiating the process to appoint his successor in March 2016, General  Zameeruddin Shah had invited nominations from VCs of other universities, judges of the Supreme Court and prominent educationists for the consideration of the executive council. Unlike search committees of other central universities, which have just three members, no government can influence such a large body. The university court forwards three names to the president of India, who either picks one of them or can call for a fresh panel of three names. This process is in line with what is detailed in the Aligarh Muslim University Act, 1920. A similar process was outlined for BHU by a 1915 Act. Unfortunately, the BHU Act has been suspended for decades and the university is run by a government-nominated executive council.

The VC remains the kingpin of the resilience of a university system and the keeper of a university’s conscience. It is to facilitate this expected role that universities are always in search of people with high moral values, leadership qualities and integrity, in addition to academic excellence and administrative experience.

Each university has its distinctive identity and its own peculiar problems, so ideally universities should be free to elect their own vice chancellors who they think are best suited to lead them at a particular point of time. Thus, when AMU was having administrative problems, it brought in IAS/IFS officers or an army general. After the administration had been streamlined, it selected leading academicians as VCs.

In the Western world, universities have the freedom to choose their own VCs. AMU follows the Western model. The UPA committed the blunder of appointing VCs through newspaper advertisement. While advertisements looks like a step in the direction of transparency, hundreds of applications are received in response from all and sundry, making the task of the search committee very difficult indeed. Moreover, interviews, termed as ‘interactions’ by search committees, do not go down well with eminent applicants. Even the UGC Regulations, 2010, have not made advertisements mandatory. The position of VC is so high and important that it should always be offered to someone after inviting nominations from the present and former VCs and other eminent people. People who lobby for the post or enthusiastically apply on their own in response to newspaper advertisements should never be appointed.

Let universities choose their own vice chancellors, who they see as the best fit to lead (and not command) them. The AMU model is democratic, transparent and promotes university autonomy. Let us not dilute it. The Narendra Modi government should not follow the dangerous precedents set by Congress governments before it.

Faizan Mustafa is the vice chancellor of NALSAR University of Law, Hyderabad.