The VC of Hyderabad University Has No Option But to Quit

UoH has now abrogated its right to be called an academic institution of a high level of excellence, by decimating – even criminalising – the space for reasoned dissent by its students and teachers. 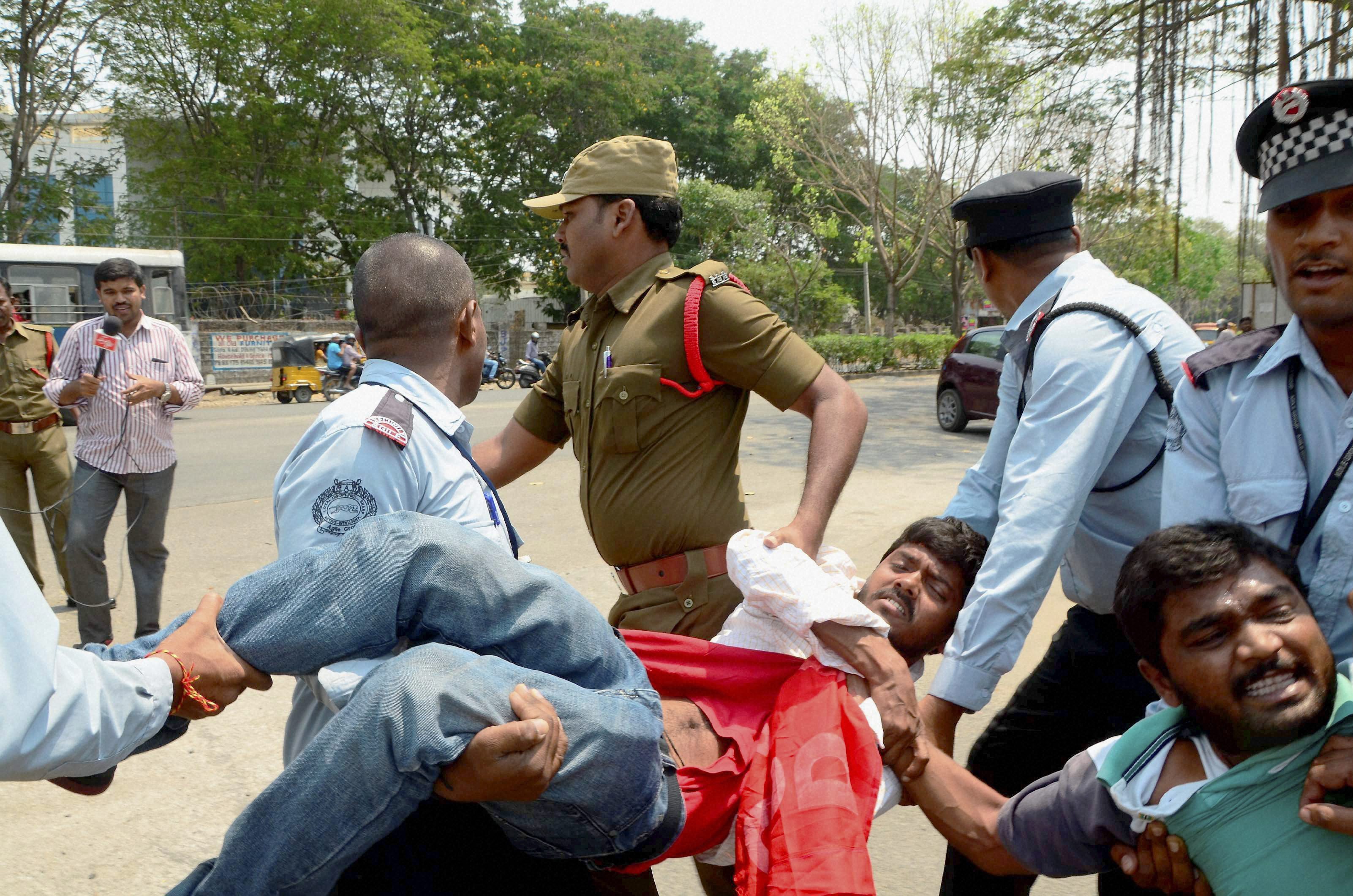 I have followed the recent happenings at the University of Hyderabad (UoH) and Jawaharlal Nehru University (JNU) closely, and I am shell-shocked at the behaviour of the police and the university administration.

I was a university student between 1942 and 1947 when we fought our battle for Independence.

The battle that UoH and JNU students are fighting today is no less grave and important: it is against casteism, religious imperialism, revivalism, denial of the right to dissent, and discrimination on the basis of circumstances of birth, all of which would be sorely detrimental to our country’s real progress.

The barbaric (uncivilized will be too mild a word) treatment of students and supportive teachers – by the police, the imposition of false and trumped-up charges on the students by the university authorities and the police, and the denial of basic facilities such as food, water and electricity to the students by the university management on March 22 for no justifiable reason, are matters of the greatest concern, for they are signs of major cracks in our fabric of democracy, and of their being filled up by the glue of autocracy.

I have been connected with UoH from the beginning – from the time Dr Gurbax Singh, its first Vice Chancellor, came to Hyderabad and looked for an appropriate piece of land for the University.

Its first courses were delivered in my lab of that time (now the Indian Institute of Chemical Technology), and I encouraged him to accept the present land. Dr Gurbax Singh, an outstanding organic chemist, respected dissent for, as a scientist, he knew very well that knowledge progresses through nurturing dissent. He would be turning in his grave, were he to know of the above happenings at UoH.

UoH has now abrogated its right to be called an academic institution of a high level of excellence, by decimating – even criminalising – the space for reasoned dissent by its students and teachers.

The role of the vice chancellor of UoH, Prof Appa Rao, in the above process and in the brutalisation of the students and teachers on March 22, makes his position in the university totally untenable. And I believe that he has no option but to quit – or be removed.

I am reminded, by contrast, of the vice chancellors of my time. My vice chancellor at Lucknow University was Acharya Narendra Dev; of Allahabad University, Amarnath Jha; of Benaras Hindu University, S Radhakrishnan; of Aligarh Muslim University, Zakir Hussain; of Andhra University, C R Reddy; of Madras University, Lakshmanswamy Mudaliar; of M S University of Baroda, Hansa Mehta; and of Calcutta University, N K Sidhanta (before him Ashutosh Mukherji). Two of the above became presidents of India. None of them would allow police to enter the university campus. And that was during British rule! They commanded – and not demanded – respect. If the students had a problem, none of them would have hidden in a room (as Prof. Appa Rao did) but would have faced the students squarely and confidently.

I congratulate the students and the supportive teachers of the UoH who are working towards ensuring that Rohith Vemula’s suicide was not in vain. I am 88-years-old and wheel-chair-bound, so I have limitations to what I can do.

I am in solidarity with the students and teachers who are fighting for truth, justice, human rights including right to dissent, and true progress of our beloved country