The Right to Education is the Responsibility of Every Indian Citizen

The greatest barrier to inclusion of children with disabilities is the wrong attitude on the part of individuals. 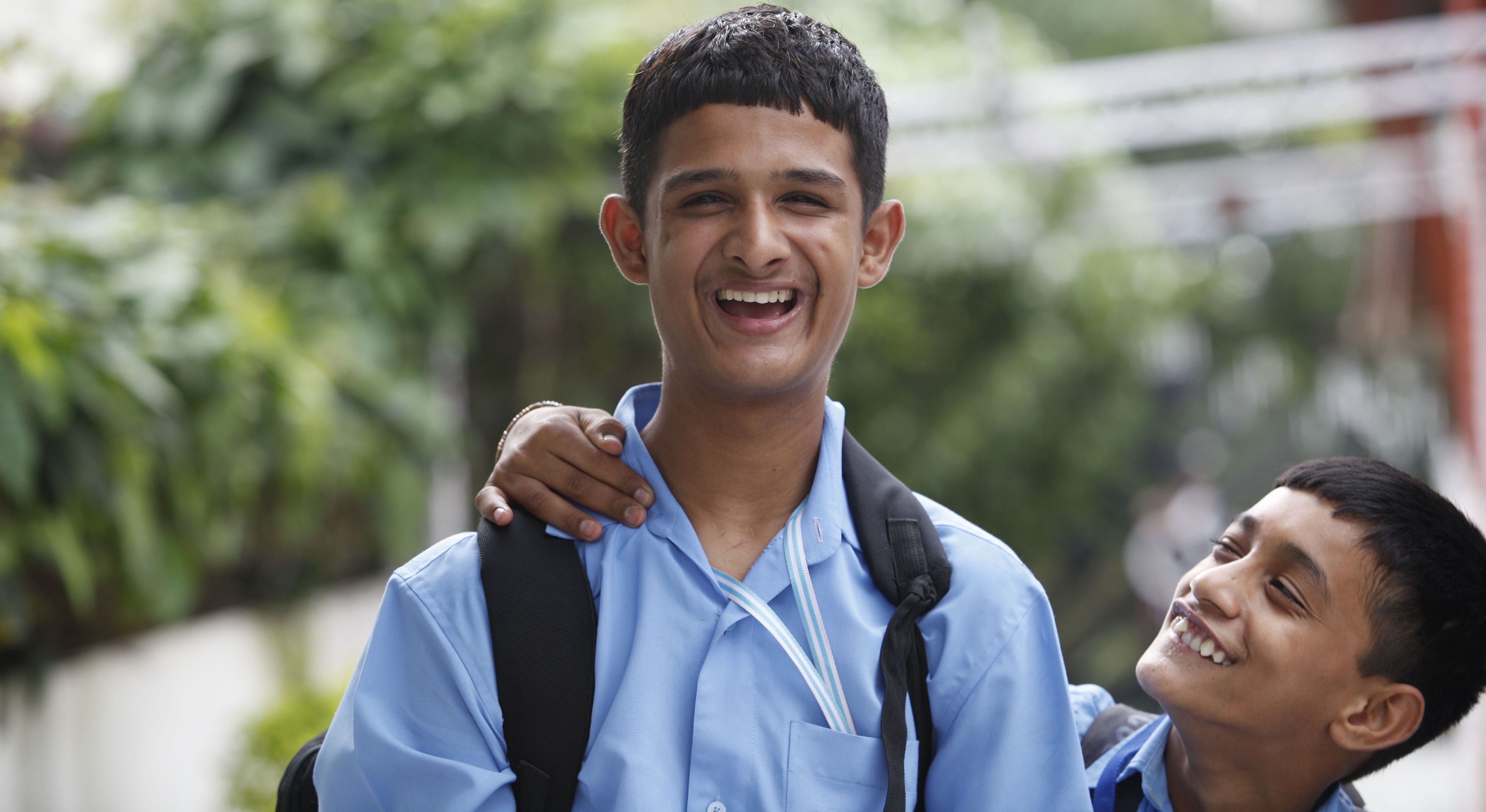 My daughter Moy Moy has a severe mental and physical disability.

She is now 26. I have cared for her for her entire life. That makes me something of a disability expert. But I wasn’t born that way. When Moy Moy arrived, I was an ordinary mother with two typical children. I had no experience or training and no idea about anything disability-related. All I knew was that she was mine and I had to bring her up. What I didn’t know, I learned. The skills I didn’t have, I acquired.

As schools around India struggle to adapt to the challenges that the Right to Education Act has introduced, particularly regarding children with special needs, I am newly moved to think about how families adapt and respond to the birth of a child with disability. Families are, of course, the original democracy: full of people with whom you might not even choose to be acquainted, let alone be related to. Principals and teachers could learn something from this phenomenon. They shouldn’t get to choose the children they teach, any more than families choose whom they include and bring up.

Our adaptability is actually one of our best traits. It’s what gives us our remarkable resourcefulness and problem-solving abilities. As a species, we are amazing: we have built a world that is complex and sophisticated, conquering time and space and meeting challenges of monumental proportions. We didn’t do this by confining ourselves to boundaries and mixing only with people exactly like ourselves.

My own story is emblematic of this necessary mingling and expansion. I was born in a small city in the United States but I married a guy from Mumbai and settled in Dehradun. Our children were raised in India but hold US passports. Our son is married to a girl from China and they live in London. Our daughter is in love with a boy from England and they are at the University of Chicago doing PhDs (she’s a Catholic, studying the Hebrew Bible; he’s a Jew doing Islamic Studies).

There are many who totally reject such stories. They are the ones who believe that we should all stay in our own contracted circles, marry only our own kind and produce children who think and behave just as we do. ISIS, RSS, born-again Christians, Jewish zealots – God bless them all, but the world has moved on. Our children are simply not interested in that kind of limited life.

Inclusion must begin in schools

Neither should our schools. Schools should be reflective of our world. We should be able to stand at the open door of any school and say with pleasure and anticipation as the children rush in: Here comes everybody! Rich, poor, boys, girls, smart, slow, fit and disabled: everyone is welcome here.

The idea that schools are for everyone, that every single child has the right to an education, is one of the most revolutionary concepts in the world. It is the foundation of democracy, the great equalizer. It is what makes it possible for a boy born in poverty to become prime minister of his country, for a girl born in a tiny African village to win a nobel prize in literature.

But it’s more than that. Education is richer, more vibrant and more sustainable when everyone takes part, more effective when it recognises and encourages all kinds of learning.

India’s Right to Education Act is unambiguous: no child can be denied an education because of a disability. Yet we all know that a law on paper and a law in which the public believes are two different things.

Shefali, and the case of a bad school

Shefali was born premature and has cerebral palsy. She needs some help to get around and her speech can be hard to understand until you get used to it. She’s a little slow to grasp new concepts, but she is eager to learn and she’s curious. She’s friendly and engaging and easy to like.

Because her parents are educated and aware, they enrolled her in our Early Intervention Centre when she was an infant – and she did beautifully. At five, they admitted her to the Kendriya Vidyalaya in their neighbourhood and we went for the initial interview to help Shefali make the transition.

A principal who is reluctant to accept inclusion can sabotage the best law. This one told us that her hands were tied. She could not legally refuse to admit Shefali, but she could – and she did – make sure she was so miserable that in a short time she would beg not to be sent to school.

The ayahs were told not to do anything extra for her – her mother had to come in every morning to take her to the toilet. The class teacher was told to make no allowances – Shefali could keep up with the others herself, or she could fall behind. The children were encouraged both subtly and overtly to isolate her, going so far as to leave her alone in a darkened classroom when the others went to play.

A school that truly wants to include children will do it. They will figure it out as they go along, just as my husband and I did when we adopted Moy Moy. And that brings me to my last story.

Gamru is a simple school in Himachal. They have no fancy equipment or  major funding. All they have is a genuine love for children, a bedrock belief that every single child has potential, and a principal who stands like a pillar of conviction and belief.

Gaurav is profoundly deaf and has cerebral palsy and intellectual impairment. Kailash was born with a severe disfigurement of the skull which has left him with only one eye and a very strange-looking face. Both of them went first to other schools where they were “deeply unhappy”.

At Gamru, they were welcomed and included. Their teachers helped the other children accept and embrace them through example, direction and high expectations. They adapted the learning environment so that it worked for both boys. Today both are not only thriving academically (at their own unique levels) but are also happy, popular and emotionally healthy.

Gaurav and Kailash demonstrated their potential for learning once they found the right school. They succeeded – each in his own way. Isn’t that what school should be about? Turning on the light of learning in a child’s eyes; helping her find her path, helping him discover what he was sent here to do.

And isn’t this what we want for all our children? Whether they have disabilities or not, don’t we want them to grow up to be good, caring people, people who accept each other and look out for one another?

Because one day – and you can write this down – one day, if we live long enough, all of us will be disabled. And then we are going to need and want people around us who have practiced kindness and compassion from an early age.

As Martin Luther King said: “The arc of the moral universe is long, but it bends towards justice.” The Right to Education Act has bent that arc closer. Making sure it extends to every single child in India is the responsibility of each citizen.