The Chain of Events Leading to Rohith Vemula's Suicide 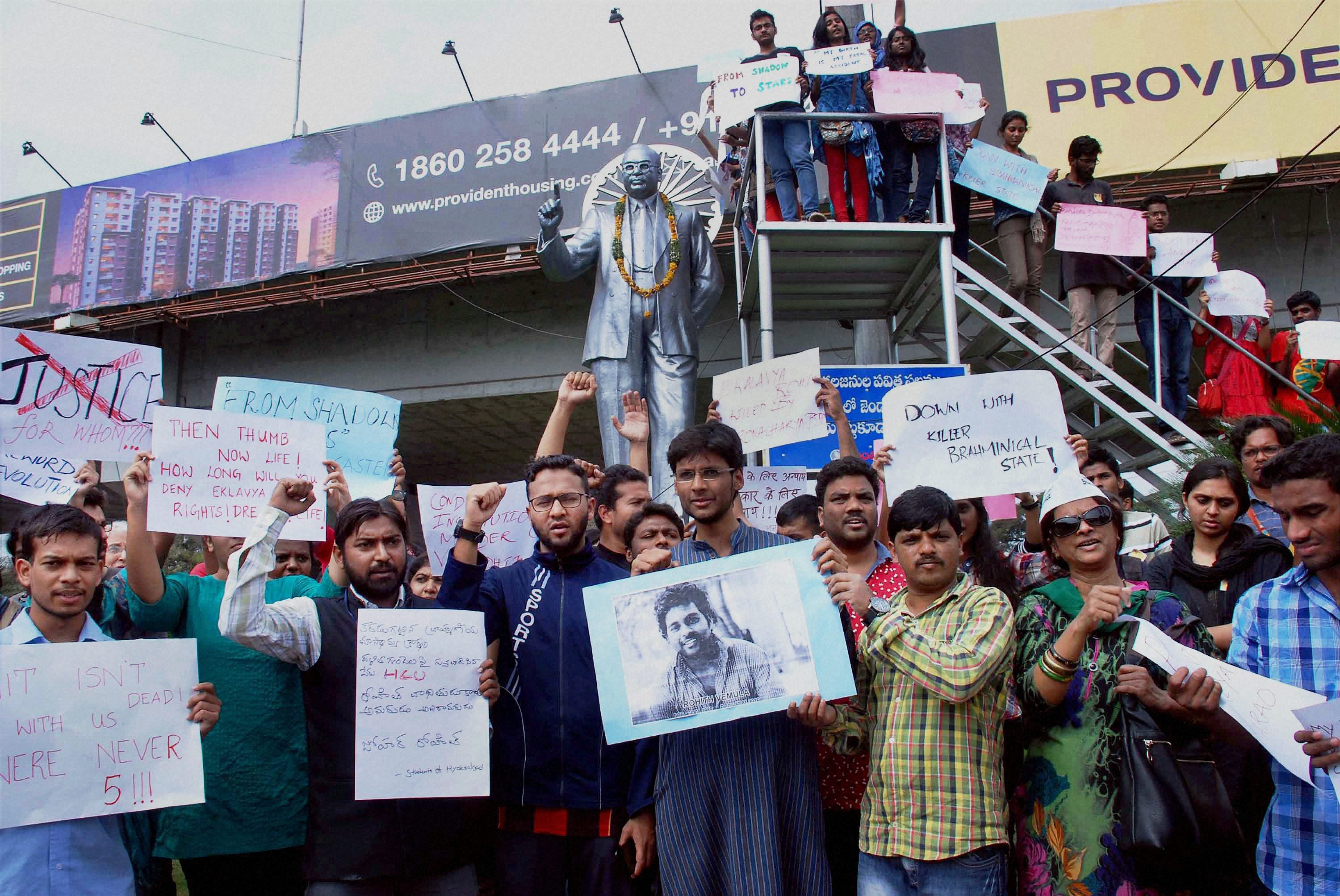 Students of HCU (Hyderabad Central University) holding a protest demanding justice for Rohith Vemmula, who committed suicide, at Tank Bund on the banks of Hussain Sagar Lake in Hyderabad on Tuesday. Credit: PTI

On 17 January 2016, 27-year-old PhD. scholar Rohith Vemula committed suicide at the University of Hyderabad campus. He was one of the five Dalit students who had been suspended from the hostel facility by the executive council (EC) of the university. The events culminating in this tragic incident are as follows: