Education for All Remains Pipe Dream in Telangana

The Telangana Rashtra Samithi had promised to provide free education from "KG to PG". With the state elections scheduled for December 7, it is time to assess whether the promise was delivered. 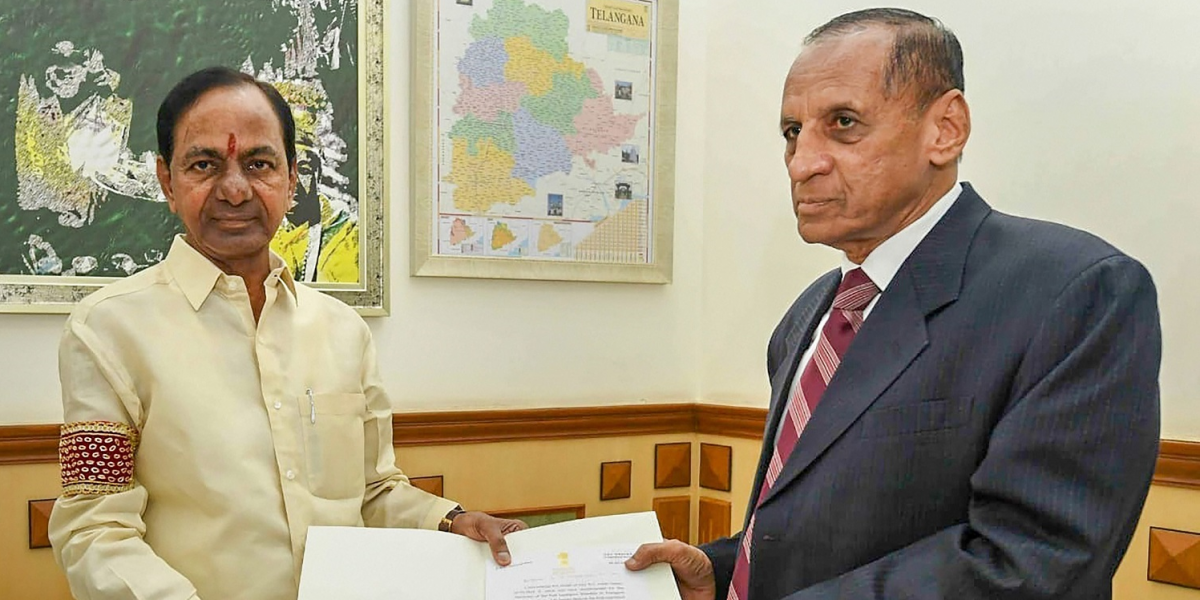 Promises made by politicians seem to be honoured in the breach than the observance. The latest addition to this league seems to be Telangana. The Telangana Rashtra Samithi (TRS), which championed the cause of the newest state, kindled hopes of a bright future among the people. Free education for all from “KG to PG” [kindergarten to post-graduation] in the government sector was among the many promises that caught the imagination of the public and the middle class intelligentsia.

The state, with its economic powerhouse capital Hyderabad accruing a revenue surplus position to it, was expected to deliver justice to its people. With chief minister K. Chandrasekhar Rao dissolving the Assembly nine months ahead its scheduled expiry in May 2019, its time to take stock of the promises and their delivery over the past four years.

After taking on the mantle, the TRS government rightly discussed the issue of public education in 2015-16 and zeroed in on the failings of the previous governments. Lack of English medium education, absence of pre-primary and KG classes, lack of separate teachers for every class were identified as the reasons for parents choosing to send their wards to private schools.

After identifying the problems, one would have expected measures to be taken to correct the path, as promised in the run up to the polls and agitation for a separate state. But the allocations for education over the last four years belie the expectations set up by the lofty slogan “KG to PG free education” in the government sector.

The state’s literacy rate, according to the 2011 census, is 66.46%, much lower than the national average of 74%. The figures could be even worse if Hyderabad and its surrounding areas are not factored in.

“The government has failed to provide funds, notwithstanding the pompous claims. Even in the budget for 2018-19 presented before going to polls the state allocated Rs 10,830 crores, which is just 9% of the total budget of Rs 1,74,453 crores. The Kothari Committee had in the 1960’s suggested that 30% of the state budget, 10% of the central budget and 6% of the GDP should be ideally allocated for education,” says Chava Ravi, state general secretary of the Telangana State United Teachers Federation (TSUTF).

The allocation is only Rs 615 crore higher than the previous year’s (2017-18) figure of Rs 10,215 crore. It is not sufficient even to pay salaries to the 8,792 new teachers to be recruited, according to sources. The dismal figure pales in comparison to the Rs 20,889 crore that Kerala has allocated to education in its 2018-19 budget.

“This tradition of allocating low budget to education seems to have been inherited by Telangana from the united Andhra Pradesh state. Out of the allocated Rs 15,2014 crore, only Rs 13,412 crore was spent by the unified AP state. Telangana spent only Rs 4,970.29 crore out of the Rs 8,148.07 crore provided in the previous budget,” Ravi said.

The Telangana government recently started Gurukul residential schools, which it claimed were part of its free KG to PG endeavour. They received Rs 2,823 crore out. After an entrance exam, students can join from Class V. While there are an estimated 59.5 lakh school going children in the state, 28.6 lakh are in government schools and 29 lakh are in the private sector. About 94% of them are from the BC, SC and ST groups.

“The Gurukul schools spend Rs 1,25,000 on a student but benefit only a few pupil. Moreover, they are established on caste basis, which is a blow to the ideal of common neighbourhood schools for all. The funds released under the SC, ST and BC sub plans are being spent on them after allegations of diversion of funds for other purposes,” Ravi said.

Also Read: When the Chief Minister Is Also a Media Owner

Teachers say that the need of the hour is to start pre-primary schools and appoint a teacher for every class with separate class rooms. The state government wanted to rationalise, consolidate and amalgamate nearly 10,000 schools, closing some in the process. But it had to backtrack owing to protests from teachers’ unions. But there have not been commensurate measures to strengthen the schools and attract students, the teachers allege.

Since independence, the failure of successive governments to provide good public education has spurred the mushrooming of many private educational institutions at all levels, especially over the last 30 years. Most of the institutions are run out of buildings within residential areas. A Joint Action Committee of these institutions at a recent meet in Hyderabad alleged they are under siege. “The junior colleges have been functioning for over 20 years. Now the officials want us to have space for a fire engine to move around the school premises, which is not possible. The government is favouring big corporate chain schools and colleges of Narayana and Chaitanya, which also flout norms,” said M. Vishnuvardhan Reddy, general secretary of the Telangana Private Junior Colleges Management Association.

The JAC alleged that the fee reimbursement for intermediate education (Plus 1 and 2) has not been revised since 2014. “The government is mandated to enhance the fee by 10% every year as per GO 102. This fee, now amounting to Rs 2,200 crore, has not been reimbursed for the past two years. Out of the 2,390 junior colleges, 1,085 have been closed since 2014,” said Gowri Satheesh, convenor of the JAC.

The JAC asserts that they serve 52% of school students, 73% of intermediate students, 80% of degree and PG students, 90% of nursing students and 92% of vocational course students. “The state government spends around Rs 13,000 crore on education at all levels. To provide education for all in the government sector, they will need around Rs 70,000 crore. Does the government have the resources? Budget schools in rural areas are being harassed to pave the way for institutions with financial muscle. We should get a concession from government on municipal property taxes and electricity at non-commercial rates,” Satheesh said.

‘No misuse of government funds’

K.P.B.V. Kumar, correspondent of Arora College in Karimnagar district denied allegations of misuse of government funds. “There is no chance of misuse of funds by colleges as every student has a code linked to his Class X certificate and Aadhaar card. If there are any black sheep, probe and punish them. The government spends Rs 46,000 on day scholars and Rs 1,25,000 on residential junior college students, but expects quality education from us. To avail a service, you need to pay up first, but we are expected to provide the service and wait to be paid at the end of the year.”

The government has not recruited teachers since 2012. In September 2017, there were 13,699 vacancies. Data has not been provided for 2018. “If retirements are factored in, we expect the vacancies to be around 20,000. A notification was issued for recruitment of 8,792 recently, but it is stuck in litigation because it did not get the approval of the new zonal system,” said Ravi of TSUTF.

Satheesh added that the close kin of CM Rao have a vested interest in the present state of affairs. “J. Santosh Kumar, a Rajya Sabha member and nephew of the CM, runs a chain of educational institutions called Velocity. He is vying for a share of the pie dominated by the Narayana, Chaitanya groups,” he claimed.

Satheesh added that the close kin of CM Rao have a vested interest in the present state of affairs.

The higher education scenario is no better. The universities of the region have been functioning sans vice chancellors after the term of the serving officials expired and are being managed by bureaucrats. “Universities are working without vice chancellors and executive councils to oversee their day to day functioning. The UGC funds meant for development of infrastructure are lapsing because of this. Osmania University had to spend UGC funds meant for development to pay salaries. The varsities are woefully short staffed and there has not been any recruitment of teachers in the past four years,” informs B. Satyanarayana, president of the Telangana University Teachers Association.

The Telangana assembly passed the private Universities Bill on March 28, paving the way for private universities to set up shop. Teacher training institutes have not made any appointments. The supervisory officers on teachers is 90% short.

In the light of these facts, the TRS government’s free KG to PG education remains a mirage.