Student Falls Off Hillock, Dies in Odisha While in Search of Internet for Online Classes

The deceased student was in Class VII. 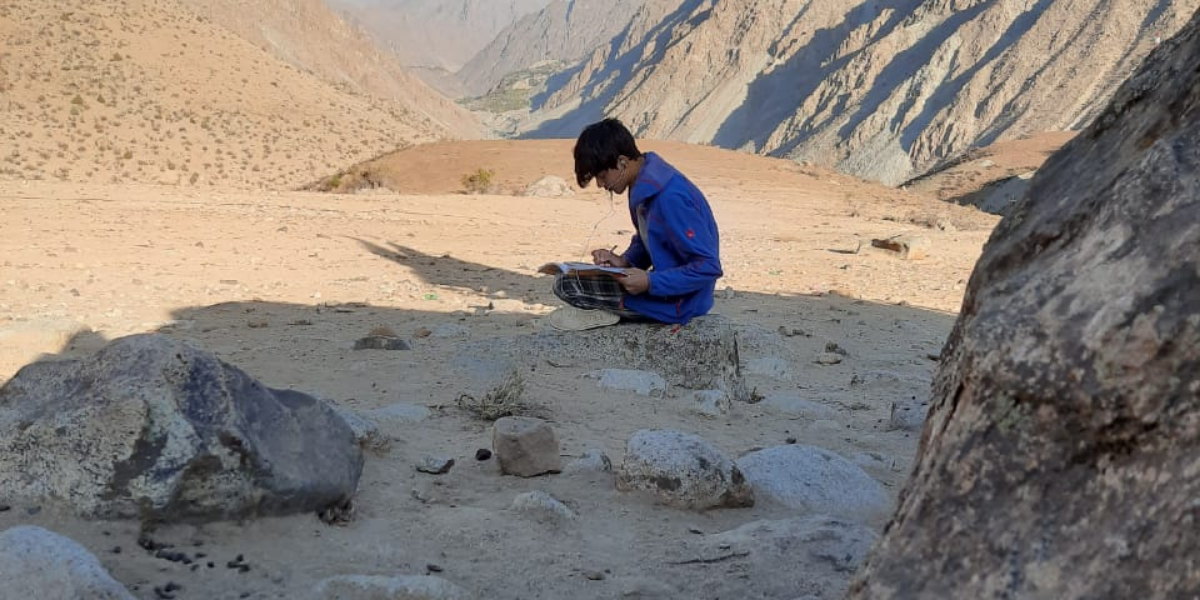 Representational image. A student attending an online class on Uthalo mountain, two kilometres away from his village, Latoo, in Jammu and Kashmir. Photo: Rouf Fida

New Delhi: A class seven student was killed when he fell from a hillock in the Rayagada district of Odisha on Tuesday, August 17, while he was in search of internet signal to access his online learning material, The Hindu has reported.

Police identified the deceased student as Adria Jagaranga and confirmed that he was studying Class VII in a Bhubaneshwar-based school. However, he was stranded in his remote Kandhapanduraguda village under the Padmapur block of southern Rayagada district. The district is affected by left-wing extremism (LWE) and has an inadequate number of mobile towers to provide seamless internet connectivity.

According to Hiren Bhati, a sub-inspector of police in Padmapur police station, who is investigating the case, “The village is situated about 70 km from Rayagada district headquarters. During the probe, I too could not catch a signal in the village. One could get mobile signal at about 400 metres from the village where the accident happened.”

Bhati said that the deceased student climbed atop of unstable rock, positioned precariously on another big boulder. Four other students, who were with him when the accident happened, said that he had a smartphone in his hand. The accident took place in the afternoon, and he had succumbed to injuries when he was rushed to a hospital in Padmapur block. The boy’s parents have confirmed to the police that their child used to go to the hill regularly to study.

Rayagada is among one of the districts in Odisha affected by LWE. While the Odisha government had sent a proposal to the Union government to install 400 mobile towers in LWE districts, the Centre – according to a reply by the minister of state for home affairs Nityanand Rai to a question by Biju Janata Dal member Amar Patnaik in Rajya Sabha – only 256 mobile towers were installed. This, the Odisha government believes, is grossly inadequate to provide stable internet connectivity in the districts concerned.

It is not surprising that many students in the remote parts of Odisha are often seen crossing the Odisha-Andhra Pradesh border and Odisha-Jharkhand border to catch signal. Some of them even try to climb atop water tanks and hillocks to take part in online classes.

According to Satyabrata Sahu, state school and mass education secretary, only 40% of students in Odisha are able to access digital classes.