'Sorry I Turned out to Be a Waste': IIT-Hyderabad Student Commits Suicide

In a note left by the student, he said that there was no future for "failures in the world". 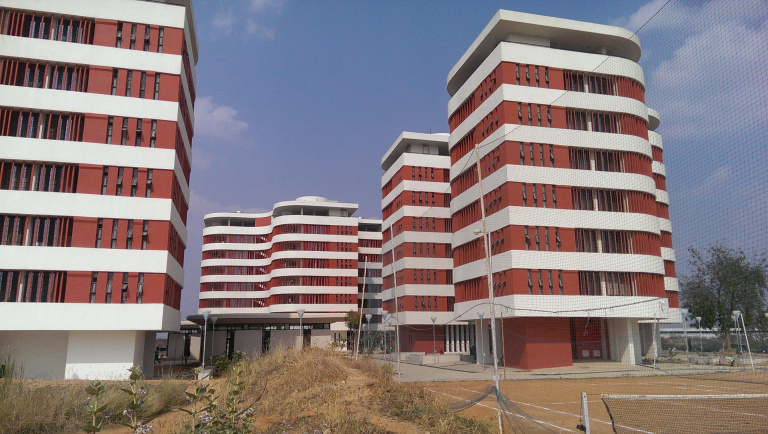 Sangareddy (Telangana): A student of the Indian Institute of Technology, Hyderabad, allegedly committed suicide by hanging himself from the ceiling fan in his hostel room, the police said on July 2.

This is the second suicide this year at the institution.

Sangareddy Deputy Superintendent of Police P. Sridhar Reddy said the student Mark Andrew Charles, 20, had gone to his hostel room at about 11 pm on Monday.

His friends finally broke open the door of his room on Tuesday afternoon and found him hanging, the DSP said.

He said that the student, who was pursuing a masters in designing, had completed his final year exam a few days ago and was preparing for his final presentation.

Also read: Why Student Suicide Is Such A Sensitive Subject

The police found a suicide note written in his diary in which he said that he may not get good marks and there was no future for “failures in the world”, the DSP said.

Anxiety and depression may be the reason for the suicide, police said.

Andrew mentioned names of some of his friends in the note recalling his association with them, police said.

“I never thought I would end up letting all of you down. Do not miss me. I don’t deserve it. I am not worthy. Just know that I love you all back just the way you did because that is what friends do right? And also I am not doing this because I am sad now…”, the note read

Police said he expressed regret to his parents for not being able to do justice to all their sacrifices.

“Thank you for being the best parents.. I am sorry I turned out to be such a waste,” he said in the suicide note.

IIT-Hyderabad condoled the death of its student.

“This is indeed an irreparable loss to the institute and the family. May his soul rest in peace,” the institution said.

A case has been registered, police said, adding that the body was shifted to a government hospital for autopsy.

His parents are on their way from Varanasi, the DSP said.

On January 31 this year, M. Anirudh, a third year student of Mechanical and Aerospace engineering, committed suicide by jumping from the hostel building.