With the lack of uninterrupted electricity, Shaheen Parveen had to study under candlelight to become the first person from the region to enter the prestigious IITs.

Srinagar: A phone call to the idyllic Nubra Valley in the union territory of Ladakh is an ordeal in itself. Over a grainy phone connection, making sense of words is a task both daunting and frustrating. It provides, therefore, an adequate context to the scale of the achievement of 19-year-old Shaheen Parveen, who has made it to the Indian Institue of Technology (IIT) Jodhpur– a first for the region.

In bits and pieces, fits and starts, trying to push through the barely existent phone connectivity, Shaheen narrated her journey to one among India’s top engineering colleges, IIT Jodhpur. The 19 year old is from the village of Partapur in Nubra Valley.

In 2020, the region of Ladakh has been in the eye of the storm due to the fears of a war between India and China along the Line of Actual Control (LAC).

While the simmering tensions loomed over the cold desert, a success story has been created in a hamlet of Nubra Valley, as if spring came to the desert quietly.

The feisty teenager, Shaheen Parveen, successfully turned her dream of cracking one of India’s toughest exams into reality.

Youngest among five sisters, Shaheen attended a government school in her village, where education was rarely given any attention.

Studying under candlelight and teaching herself the lessons untaught in the empty classrooms, Shaheen secured admission in Jawahar Navodaya Vidyalaya (JNV) Leh, Ladakh, for secondary education, where she was motivated to study for IIT exams.

“My father is a farmer, who has struggled through many hardships to educate me and my sisters. Besides, I did not have a proper basic education. After I finished my 10th under Jammu and Kashmir Board, I got admission in JNV Leh, Ladakh,” she said. 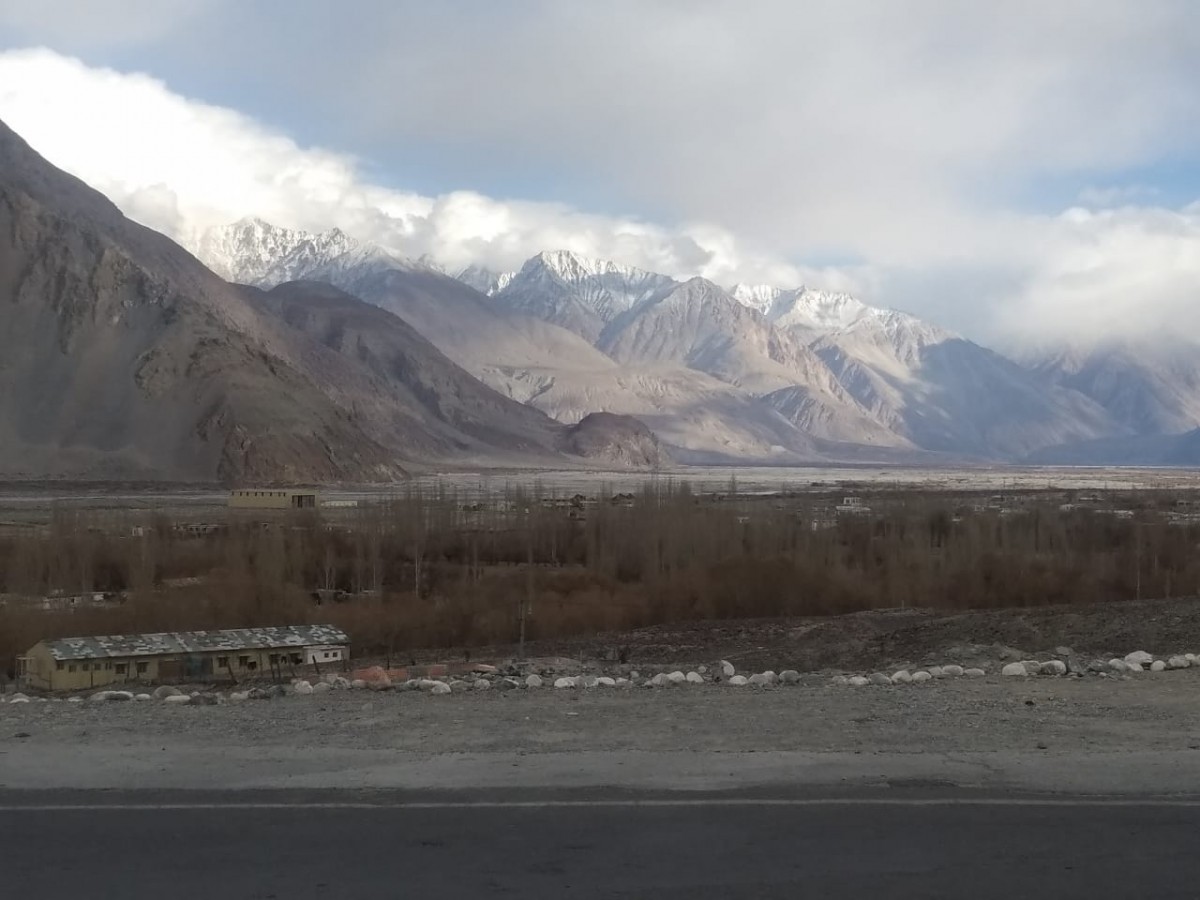 At the foothills of pristine and idyllic mountains in Nubra Valley, Shaheen Parveen has done her schooling, where proper education remains elusive. Photo: Hirra Azmat.

Her problems doubled as she struggled to acquaint herself with the Central Board of Secondary Education (CBSE) syllabi.

“It was challenging but I did not lose hope and always had the backing of my elder sisters. As a result, I secured 88% in my 12th examinations,” she said.

This led her sisters to encourage her further, and she rewarded their hope by securing 912th rank in the IIT-JEE exams.

“It is a privilege in our area to have a smooth internet connection and uninterrupted electricity. I have hardly browsed the internet for IIT JEE coaching. The rumours of war further triggered our anxiety. However, the help of teachers at JNV, and my resolute determination to solve all the previous papers, boosted my confidence,” Shaheen said.

Walking a tightrope, Shaheen got selected for a preparatory course at IIT Jodhpur.

“For one year, I will be studying in IIT Jodhpur, and appear in another examination to reach IIT Delhi. I have been assigned B. Tech in Textile Technology,” she said.

Asked how she would contribute to her region through her education, Shaheen said she would like to create more avenues for students in her village, and guide them further to achieve their dreams.

“The first thing I want to do is educate people in my community. There are so many youth in my village who can do wonders but lack basic education. I also want to ensure the internet facility remains available,” she said.

Her parting advice to studying for IIT exams, “Never mug up things and try to understand the basics,” she said.

Hirra Azmat is a Srinagar-based reporter.