The vice chancellor also said that the use of force by the police on Saturday night was against criminals and not girl students. 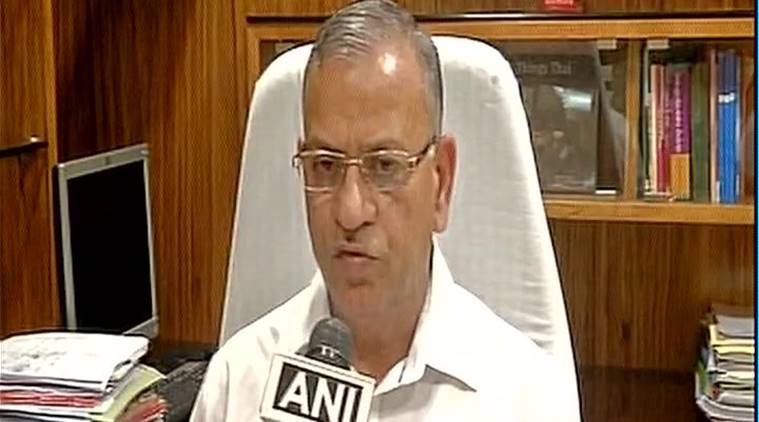 Protests broke out after the university failed to act when a first-year hostel resident was molested and grabbed by three bike-borne men just outside the BHU campus on Thursday evening. Students ave been protesting outside the VC’s residence and several female students were injured when the police allegedly used force to remove them.

Speaking to the Indian Express, Tripathi claimed that the incident of sexual harassment at the central varsity was “created by outsiders” with “vested interests” who had an eye on Prime Minister Narendra Modi’s visit to Varanasi.

“This is so unfortunate that those people, who should have been sympathising with the victim, used her for political gains. The victim spoke to us and she was satisfied with the measures we were taking to address her complaints. In fact, she was unhappy about the politics created around the incident that happened to her,” he said.

When asked who the people are who he claims have politicised the incident, Tripathi said that the incident was not one of molestation, but of eveteasing.

“They are those who are not committed to the nation but work only for their individual selves. They don’t care about the nation or its institutions. Unke liye niji hit hi sab kuch hai. Prime minister aane waale the, isiliye mujhe lagta hai yeh sab kuch karaya gaya tha (For them, personal benefit is everything. The prime minister was to visit and that’s why, I feel, all this was done). The molestation was done to trigger this fiasco is what I feel”, Tripathi went on to say.

The vice-chancellor claimed that the use of force was against criminals and not girl students, according to the Indian Express report. “It was such a situation that force had to be used. Police used force but only late in the night to take the protesters out. If force was used on girls, I have no idea”, he said. 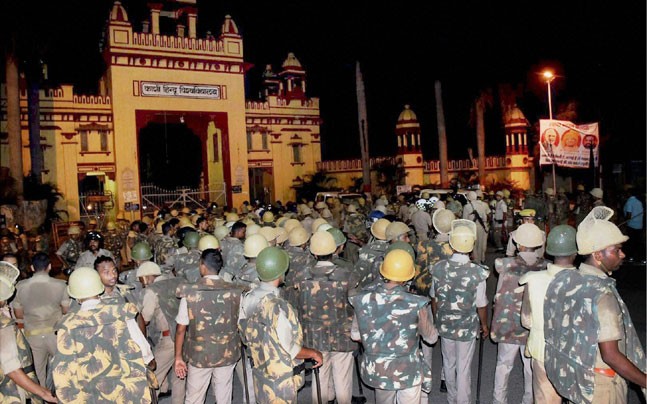 He claimed that the allegation that the university does not listen to students is false. “This is spread by just a few students,” he told the Indian Express.

“If we listen to every girl, we can’t run the university,” the VC added.

Tripathi went on to say that there was no written order issued to empty the hostels after the clashes and that it was a rumour.

According to a report in NDTV, Tripathi attributed the trouble in BHU to a “mindset to disturb institutes of higher learning” and referred to the Jawaharlal Nehru University and Delhi University.

“I am of the opinion that institutions should not be made platforms for practising politics for different parties. I met the student concerned. She too is criticising the protest. She says the issue is being politicised,” the VC told NDTV.