Who Controls 'Services' in Delhi? The Answer Could Help End Shortage of Permanent Teachers

Many Delhi government schools have been functioning with large number of guest teachers, who claim they are paid meagre salaries. The HC has also sought the government's response on regular staff vacancies. 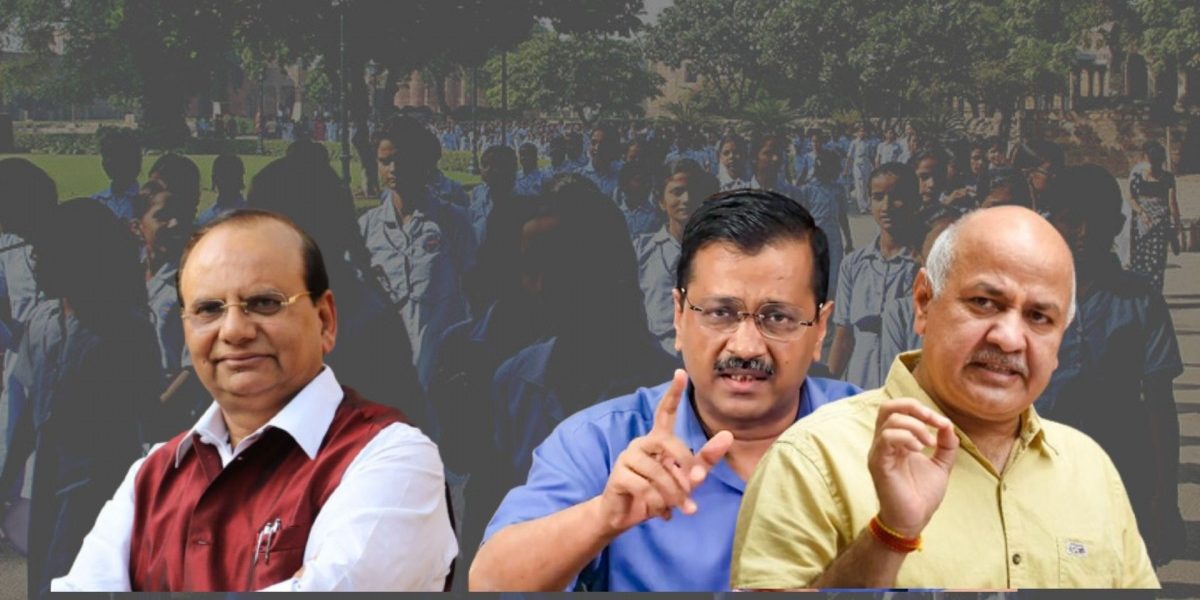 New Delhi: The Supreme Court is due, on September 27, to hear a case over the control of services in Delhi – over which the Bharatiya Janata Party-ruled Union government and the Aam Aadmi Party-ruled Delhi government have been locked in tussle over the past few years.

Incidentally, the issue of services has also impacted appointment of teachers to Delhi government schools as the Delhi Subordinate Services Selection Board, which appoints them, reports to the Union government.

As regular appointments of teachers has been on hold for a long time and most of the new appointments have been in the form of guest teachers, the blame game over who is responsible for this has continued. Both the BJP and AAP have accused each other over the present situation.

The issue of non-appointment of regular teachers had also reached the Delhi high court earlier this year and it had asked the Delhi government for a response. The matter will next come up for hearing in November.

While the AAP government, led by Arvind Kejriwal, has long tom-tommed its Delhi model of education – it has also received wide praise in several news publications abroad – many educationists, analysts and other political parties have not been left impressed by it. Among others things, questions have been raised about why regular teachers were not being appointed and if the savings on account of the less outgo to guest teachers were a primary reason for the same.

HC asked for a detailed response

In a petition before the Delhi high court in May this year, social activist Salek Chand Jain had, citing Right to Information (RTI) replies, stated, “At least 45,503 posts of teachers are lying vacant in 1,027 Delhi government-run schools.” He had charged that this was impacting quality of education and conduct of science experiments there.

Jain’s petition noted that “the city government has been boasting that the education model of Delhi is one of the best and that it also has state-of-the-art infrastructure. But when there is a great scarcity of teaching staff, how will the children get the good education.”

It added that “several government schools are not well-equipped with computer labs, science labs etc. which also minimises the opportunity for the students to be technically advanced”.

On hearing the plea, a bench of Acting Chief Justice Vipin Sanghi and Justice Sachin Datta directed the Delhi government to disclose the level of existing vacancies and deficiencies in school infrastructure. It also asked the government to state the steps taken by it to address these issues along with a timeline.

A rise or decline?

Some analysts have also observed that there has been a decline in teaching standards at Delhi government schools.

Former journalist and president of Centre for Reforms, Development and Justice, Sidharth Mishra, recently wrote that the number of students studying in private schools in Delhi has increased from 27% in 2013-14 to 32% now.

He also pointed out that despite the Delhi government’s claims, the number of students appearing in Class 12 examinations from these schools had declined. From a mere 44,918 students who appeared for Class 12 exams in 1998-99, the number had risen to 166,257 in 2013-14 when the rule of Congress-led Sheila Dikshit government came to an end. However, under Kejriwal’s rule, this number has come down to 164,641 in 2021-22. 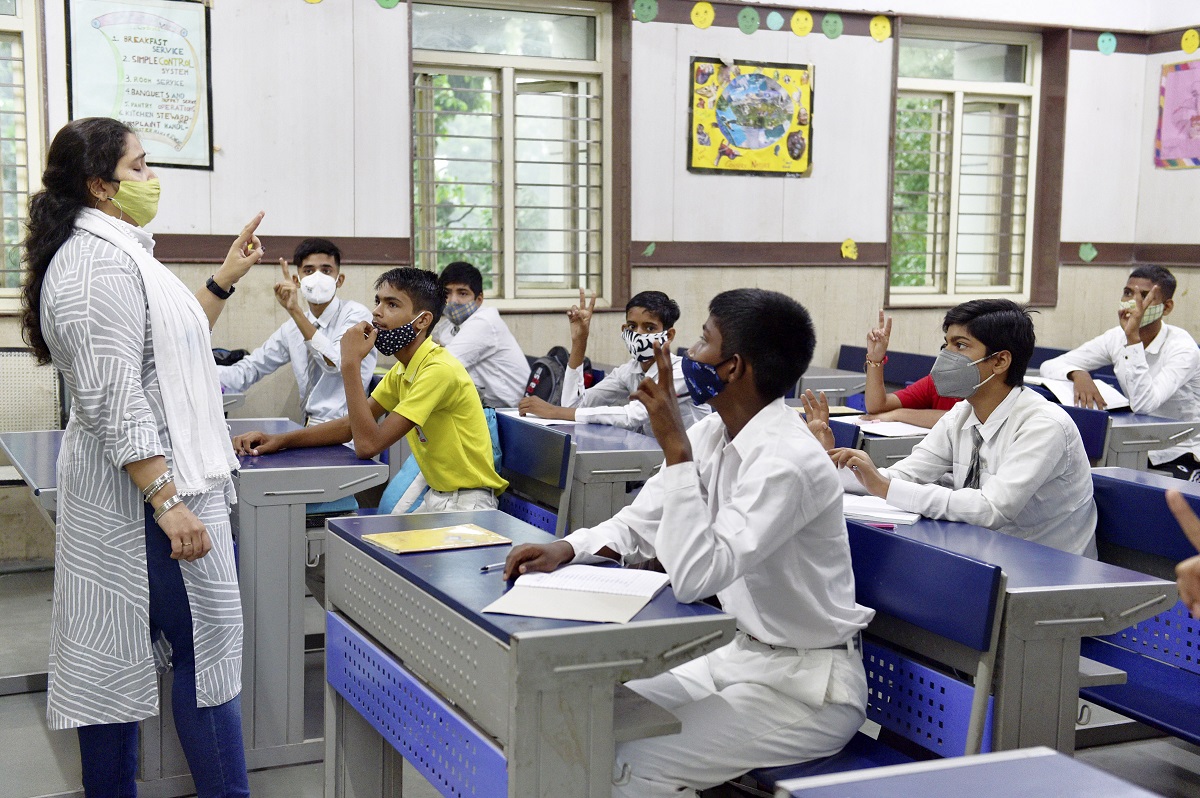 Mishra claimed that the while between 1998 and 2013, 149 new school buildings were made, under the Kejriwal government, since 2013, only 20 new schools had been built even though 500 new ones had been promised.

A recent report on the vacancies of teaching and other staff in Delhi government schools had highlighted how 84% of principal posts and several of vice-principals’ posts were also lying vacant.

Citing Directorate of Education (DoE) data, this Times of India report had pointed out that of a total of 950 sanctioned posts for principals, only 154 had been filled while 796, or 83.7%, were lying vacant. It added that even in the case of vice-principals, of the 1,670 sanctioned posts, 565 (about 34%) remain vacant.

While the recruitment of principals is done by Union Public Service Commission, and the exams for these have been conducted, the appointments of teachers are done by the Delhi Subordinate Services Selection Board (DSSSB) that reports to the Union government. The DSSSB, according to the mandate, is an “attached office of the Services Department” of the Delhi government.

A look at the data on vacancies also reveals that they exist for all kinds of posts of teachers. Of the 33,761 posts of trained graduate teachers (TGT), 13,421 or 39.7% were lying vacant. These teachers teach up to Class 10.

Overall, a third of all teaching posts in Delhi government schools are lying vacant. But officials insist that these 21,910 posts are not vacant as contractual guest teachers have been deployed for them.

While guest teachers are playing a crucial role in the functioning of Delhi government schools, they are not a happy lot and have often held protests in the recent past to seek permanent jobs and better emoluments.

According to government data, as many as 20,408 guest teachers have been appointed. Since their employment is not permanent, the government gets to save a lot on their emoluments.

In 2019, a large number of these guest teachers had protested outside the resident of deputy chief minister and education minister Manish Sisodia seeking an increase in their pay. These teachers are paid per day of work and the last revision in their payment was done in 2017. In December 2021, Kejriwal had promised to increase their salaries, but the hike never came.

Some Guest Teachers came to meet me yesterday to share their experiences about how the @ArvindKejriwal govt has given them respect and recognition. They requested an increase in salary. Happy to announce that Delhi Govt has started the process to increase salary of Guest Teachers pic.twitter.com/LAYLzzoFfa

At present a postgraduate guest teacher earns Rs 1,345 per day, whereas a trained graduate teacher and primary teacher is paid Rs 1,403 and Rs 1,364 per day respectively.

The All India Guest Teachers’ Association had earlier this year also raised the issue of how absence of regular employment during the vacation period adversely impacts the financial position of the teachers.

“It is not correct to leave guest teachers unemployed for two months every year. Most of their families are dependent on their income from this teaching job. The pay of guest teachers has not been increased in five years,” the Association’s general secretary had said.

Four years ago, a constitution bench of the Supreme Court had unanimously held that the Lieutenant-Governor of Delhi was bound by the “aid and advice” of the popularly-elected state government and that both had to work harmoniously with each other. However, the 2018 judgment had not specifically dealt with the issue of ‘services’.

The elected AAP government had subsequently stated that its predicament without power over the ‘services’ was akin to that of a king without a kingdom. Following a split opinion by a Bench of Justices A.K. Sikri and Ashok Bhushan in February 2019 on the question of control over ‘services’, the matter had come before a three-judge bench.