RTI Reveals Steep Decline in Disbursal of Minority Scholarships Since 2014

While the pre-matric and post-matric scholarships recorded staggeringly low numbers of beneficiaries, the merit-cum-means scholarship, which is given to students enrolled in professional courses, was less affected. 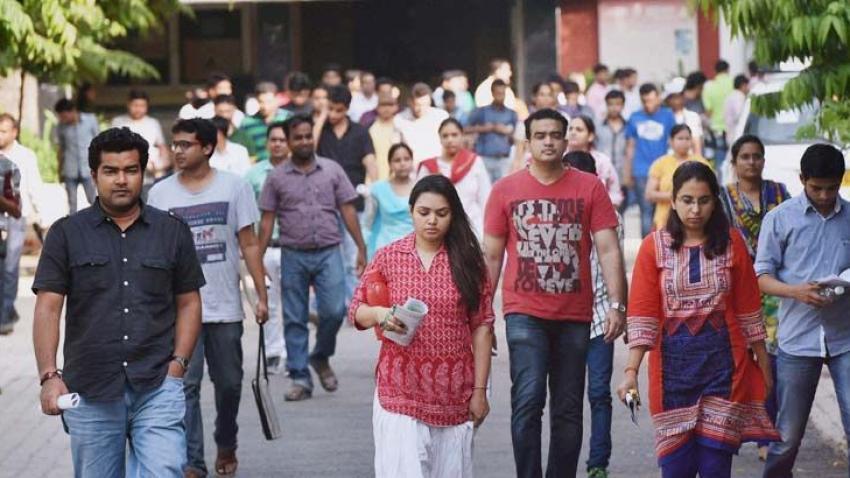 New Delhi: Recently, at a conference on ‘Islamic Heritage: Promoting Understanding and Moderation’ in New Delhi, Prime Minister Narendra Modi said in a speech, “The Government of India is leaving no stone unturned in empowering the Muslim youth. We want them to have the Quran in one hand and a computer in the other.” However, the facts on the ground show a grim picture of the state of minority affairs, including education, and belie the prime minister’s assertion.

Data from the Ministry of Minority Affairs expose that the catchphrase ‘Sabka Saath Sabka Vikas (Collective Efforts, Inclusive Growth)’ has withered, with a visible declining trend in the disbursal of minority scholarships over the last four years. With the aim to reduce dropout rates and enhance the level of education among minority groups, the ministry had introduced three schemes: the merit-cum-means scholarship, post-matric scholarship and pre-matric scholarship, allocated depending on students’ qualifications.

Economically marginalised groups were to receive a maximum of Rs 30,000 annually. However, there are some students who receive as little as Rs 5,000 per year, an amount insufficient to meet even their basic financial needs.

Data accessed through an RTI filed by the authors show that under the ministry’s pre-matric scheme, the number of beneficiaries of the scholarship have decreased from 7.5 million in 2013-14 to 4.4 million in 2017-18. The response to the RTI query showed that of the 96,50,248 students registered for the scholarship, only 44,74,452 received the money in the previous academic year (2017-2018).

Another set of data show that the number of beneficiaries registered for the post-matric scholarship declined by 31%. Under this scheme, the ministry provides scholarships to students studying in or above the senior secondary level, including undergraduate and postgraduate courses. Though the applicants for the scholarships rose from 1.3 million in 2013-14 to 1.7 million in 2017-18, the students receiving the scholarship after verification decreased from 8,90,467 in 2013-14 to 6,06,282 in 2017-18.

While the pre-matric and post-matric scholarships recorded staggeringly low numbers of beneficiaries, the merit-cum-means scholarship, which is given to students enrolled in professional courses, was less affected. Though the number of applicants for the scholarship dipped from 326,723 in 2013-14 to 249,229 in 2017-18, the scholarship recipients remained largely unchanged from 100,428 in 2013-14 to 109,632 in 2017-18. 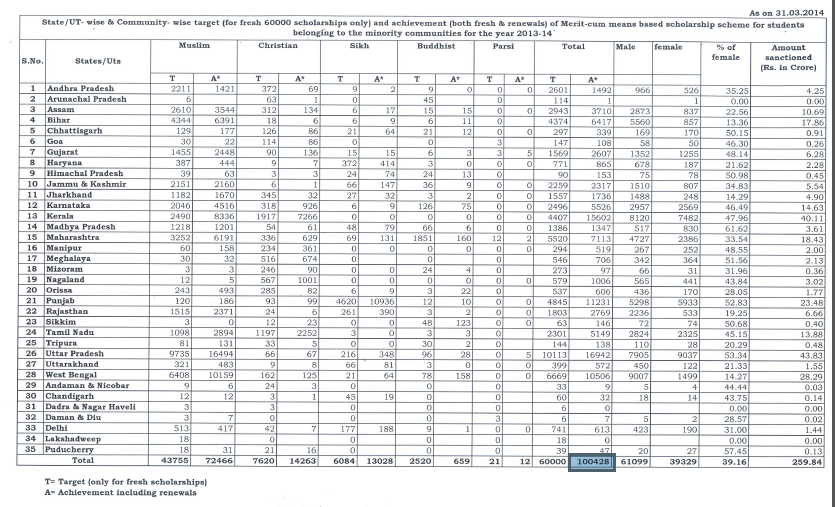 Recipients of the scholarships for the year 2013-14. Author provided.

After collating the data, the authors spoke to some stipend beneficiaries to hear their side. Nazeer Qamar (name changed), a student from the Moradabad district in Uttar Pradesh who is studying engineering in a private college in Uttarakhand, said that he had received Rs 10,000 as scholarship in his secondary schooling. This year, however, the scholarship was stopped. Qamar’s hope of partially financing the tuition fee for the first year of his studies has been arbitrarily dashed by the government’s decision to discontinue the scholarship. Recipients of the scholarships for the year 2017-18. Author provided.

Naqvi, in a meeting with these authors on June 29, outright rejected the claim that many students haven’t received the scholarships even after verification, which stands contrary to the data extracted from the ministry he heads.

Replying to the fact that the budget for the pre-matric and post-matric scholarship has remained the same since the pre-2014 years, Naqvi said, “The scholarship is budget-based, not demand-driven. We are trying our best to convert it to demand-driven.” However, it must be noted that there is a precedent for increasing funds under this government. The funds for the two schemes were raised soon after the elections of 2014 for a single year and then reduced in the following years.

The Narendra Modi government has often portrayed itself as the saviour of Muslim women – but it seems Muslim women students do not fall under their radar. Maryam Siddiqui, an undergraduate student at Jamia Millia Islamia, New Delhi, lamented over her multiple unsuccessful attempts at procuring the post-matric scholarship in 2016. Now, with the verification process stuck midway, her fate hangs in limbo, like many other aspirants.