"This seminar is not organised to raise an alternative narrative but to raise the true nationalist narrative in our educational system," RSS chief Mohan Bhagwat said during the proceedings. 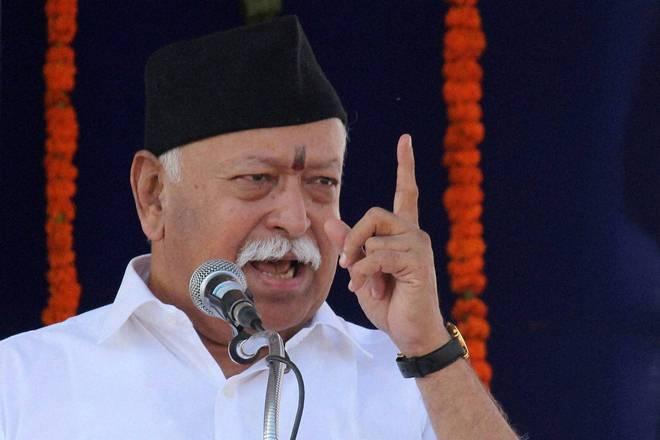 New Delhi: As many as 721 academics, including vice chancellors of 51 central and state universities, deliberated at a two-day closed-door seminar-cum-workshop, held at a Delhi University college by the RSS, on how to “Indianise” the educational system of the country.

Titled ‘Gyan Sangam,’ the workshop held by RSS-affiliated Prajna Pravah at the Maharaja Agrasen Institute of Technology and Management on March 25 and 26 was apparently triggered by the need for a “real nationalist narrative” in higher education.

At the end of the workshop, an invitation-only event, Prajna Pravah national convener J. Nand Kumar told reporters that the academics had “resolved to make an effort at their level” to develop a “Bharatiya” perspective in education.

“This is a time of revival of nationalism throughout the world. All intellectuals here (in India) should also come together to nationalise our education system,” he reportedly said.

The event, divided into three main sections, saw a series of sessions on topics relating to political science, international relations, history, archaeology and science, besides having “expert sessions” on subjects like “cultural onslaught”.

The participating vice chancellors also had an interactive session with RSS leaders, including its chief Mohan Bhagwat, where several suggestions were presented to them on how to instil “Bharatiya” culture into the education system, including crafting a non-governmental and autonomous academic system in education.

“This seminar is not organised to raise an alternative narrative but to raise the true nationalist narrative in our educational system,” Bhagwat reportedly said.

Nand Kumar told reporters, “We have to develop a social and an intellectual point of view that will be able to solve the problems of our current generation. We have to free our youth from the colonial values.”

Expressing a need to “free the teaching system of colonial traditions”, he said, “We need to first tap academicians in order to reach out to students with an Indianised form of educational content”.

He added, “It is the duty of our academicians to decide on the content of education. If you go through the science syllabi in our universities, it is all about the West. We are not teaching our students the contributions of Indians in science.”

Nand Kumar objected to the ‘culture of protests’ or even the practice of ‘cultural evenings’ in the educational institutions and called them not part of “our real culture”.

“What’s going on here (educational institutes) in the name of culture is actually an onslaught on our real culture – be it cultural evenings or the culture of protests. It badly affects young minds and poisons the environment of our educational institutes,” Nand Kumar told mediapersons.

Nand Kumar, however, didn’t divulge any details on how exactly the participants would go about “Indianising” the education system.