Rethinking Education in the Age of Totalitarian Politics

The time has come to reinvent our classroom transactions and move towards the spirit of liberating education. 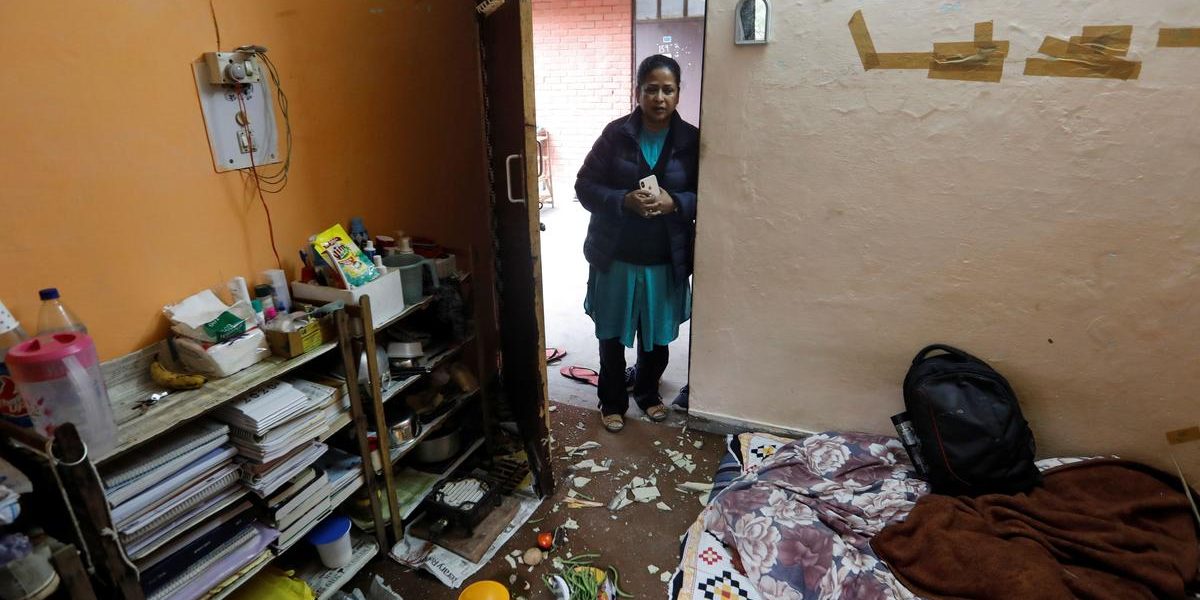 A woman looks at damaged belongings of students of JNU at Sabarmati hostel after it was attacked by a mob on January 6, 2020. Photo: Reuters/Adnan Abidi

In these ruthlessly violent times – particularly, when like many other universities, our own university too is in turmoil – I have realised that as a teacher, I can no longer come back to the classroom and pretend that everything, as the administration wants us to believe, is ‘normal’.

I can longer just accomplish my ‘professional’ duty – covering the syllabus, giving my students all sorts of routinised assignments, and eventually grading and hierarchising them.

With the psychic wound all of us are inflicted with (just think of the traumatic moment – the police firing teargas shells inside the Jamia Milia Islamia library, or goons with rods and weapons breaking the head of a professor inside the Jawaharlal Nehru University campus), the meaning of the transaction of ideas in the classroom has acquired a new dimension.

We can heal ourselves only through the practice of liberating education – the education that opens our eyes to see the rising authoritarianism makes it possible to comprehend the psychology of violence through which it haunts us, and enables us to experience the culture of learning as a reflexive process of self-transformation. This is like relating the ‘texts’ we decipher in the classroom to the politico-ethical practice we engage in to create a better world.

Yes, it is an exceedingly difficult task. With the rise of totalitarian politics, what emerges is some sort of linear thinking: the normalisation of the ‘one-dimensional’ mind. And hence, all liberating ideas are suspected, or castigated as inherently ‘anarchic’ and ‘anti-national’. Yet, if we dare to see education as a therapeutic art of resistance and liberation, it is important to redefine ourselves – the very meaning of being a teacher or a student in these troubled times.

Beyond the fragmentation of specialisation

Yes, as teachers, we sharpen our specialisation, we write research papers and academic books, and we disseminate bodies of academic knowledge in our classrooms. Yet, there is something more we ought to do if we really hear the call of the vocation – it is about seeing ourselves as awakened citizens carrying the lamp of truth. This means that we begin to appreciate the art of teaching as the cultivation of ‘soul force’ or inner conscience.

No, this politico-ethical practice need not diminish the rigour of academics. Ironically, there are teachers who seek to retain some sort of abstracted ‘objectivism’ or ‘value-neutrality’. In the name of ‘specialisation’, quite often they fragment their consciousness. No wonder, it is possible to find, say, professors of molecular biology or nuclear physics who would seldom come out of their insulated labs, take a position, raise their voice even when the storm outside, or societal violence, enters the corridors of the university.

The irony is that even some professors of social sciences prefer to isolate ‘theories’ from the lived reality. It is like saying that you keep teaching Marx, Gandhi and Ambedkar with ‘textual rigour’, but never utter a single word about the rising authoritarianism in our society. In a way, this silence – even though legitimised in the name of ‘neutrality’ – is an escape from one’s engaged responsibility

I am not saying that a teacher has to be necessarily an ‘activist’. But then, beyond the ‘apolitical/professional’ teacher and the ‘ideologically charged /activist’ teacher lies yet another possibility – a dialogic teacher filled with the poetry of inner conscience, and experiencing the pursuit of knowledge or research not merely as a cognitive skill, but also as an act of awakening.

Also read: An Open Letter to Parents Bringing up Children in the Time of the CAA-NRC Protests

We live in an age that has already desensitised us. While the psychology of fear (something implicit in the practice of totalitarian politics) robs us of our voices, the culture of narcissism – yet, another consequence of the phenomenon of neoliberal utilitarianism or consumerism – insulates us from any project of collective struggle. And even as teachers, many of us behave no less differently than an average ‘consumer’: playing our ‘official’ roles with docile bodies and minds, watching toxic television channels, and entertaining a myth that somehow we are ‘safe’. The problem exists only in the distant Kashmir Valley, or among a bunch of ‘urban naxals’!

It cannot go on like this. As teachers, we have to reinvent ourselves. We ought to emerge as inspirers and communicators.  If teachers disappear, a university would be reduced into something like a factory or army barracks for manufacturing either ‘disciplined nationalists’ or ‘ideal consumers’.

Questioning the conventional idea of a ‘good’ student

What does it mean to be a student in our times? Well, it is repeatedly said that they should not engage in politics; they should only study, and think of their careers. While the market-driven discourse seeks to reduce education into a mere technical ‘skill’ dissociated from all politico-ethical and socio-philosophical questions, the aspiring middle class further promotes the commodification of education.

Hence, a ‘good’ student is often seen to be one who sees politics as a ‘diversion’, remains insulated from people’s struggle and resistance, and only ‘studies’ for a lucrative career. A ‘good’ student is linear in thinking, ‘focused’ as far as ambitions are concerned, and loves the ‘system’. Is it what Sunil Gavaskar meant when the other day he urged the students not to come to the streets, and like ‘ideal’ boys and girls enter the sanitised classrooms, and only ‘study’?

Also read: The Attacks on Universities Represent an Agenda to Eliminate Safe Spaces

However, what is promising is that in recent times we are witnessing the arrival of yet another kind of students who defy this ‘goodness’, come out of their comfort zones, see themselves beyond ‘placement and salary package’, raise critical questions, and refuse to be fooled by the state’s ideological apparatus. These students are emerging from JNU and Jamia, Jadavpur University and Aligarh Muslim University, and even from the ‘apolitical’ IITs and IIMs.

The coercive apparatus of the state has not yet succeeded in demoralising them. And they are protesting against the discriminatory character of the Citizenship Amendment Bill; they are reminding us of the intensity of damage the ruling regime has already caused to the spirit of public universities: the philosophy of inclusion and justice, the epistemology of pluralism ,and the logic of persuasion or art of listening.

In this awakened studentship I see a new possibility. First, I see a promising language of resistance filled with critical thinking, creative consciousness and aesthetic imagination. They are rediscovering the ideals that the emergent authoritarianism seeks to repress: the visions of Paulo Freire and Rabindranath Tagore, and M.K. Gandhi and B.R. Ambedkar. The values of the constitution, the spirit of religious diversity and cultural pluralism, and the aspirations for peace and harmony are rediscovered once again.

Second, I see a new orientation to the pursuit of knowledge. They are conveying a powerful message. There is no ‘sanitised’ classroom; and the ‘texts’ they study have to be examined in the streets through a quest for collective emancipation. In their practice, I have begun to see Gandhi’s satyagrahis hugging Gramsci’s organic intellectuals.

Well, given the kind of administrators (or the deputies of the ruling regime) who run our universities, it is quite obvious that the Establishment would abhor the birth of this new studentship. The goons would be allowed to enter our universities and cause terror, the police would move around our campuses, the noisy anchors of the ‘nationalist’ television channels would further spread the idea of the ‘tukde tukde gang’; and all sorts of disciplinary actions would be taken against the ‘handful’ of ‘misdirected’ students.

However, to refer to the specificity of the JNU, we would be bombarded by the ‘circulars’, and the university administration would direct us to give our consent to the ‘normalcy’ it has restored.

The question is whether as teachers we would succeed in debunking this ‘normalcy’, work with these awakened students, walk together, reinvent our classroom transactions, and move towards the spirit of liberating education.

Only then is it possible to have the real rigour in academics.