Yes, the IITs Have a Gender Ratio Problem. Here's How to Fix It.

The hope is that that the 'quota' part will remain very small and eventually go away, and that IITs will implement other ways to attract talent, including changes to the JEE. 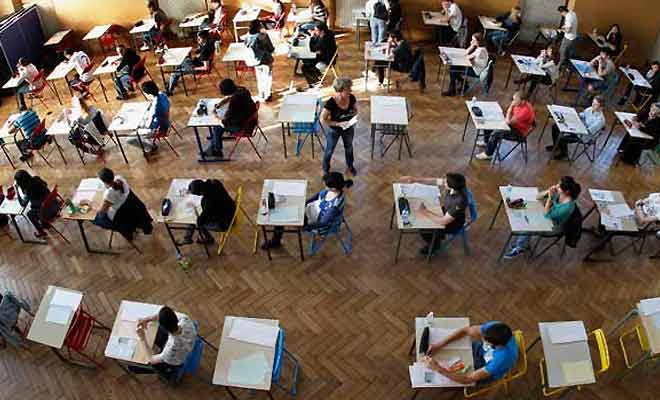 Recently, there have been media reports on a decision taken by the Joint Admissions Board (JAB) of IITs, where by IITs would create some extra seats for women so as to improve the gender ratio in the undergraduate programs. Two of the reports are here and here. Earlier, JAB had asked a committee headed by the director of IIT Mandi, Timothy Gonsalves, to look into the ways of improving gender balance in IITs. This decision is apparently one of the recommendations of the committee.

Though the details are sketchy, it seems that there is a goal of having at least 20% women in the undergraduate class in stages. For 2018 admissions, the goal has been set as 14% which will increase by 1% every year to reach 20% in 7 years. In recent years, the number of girls admitted to IITs has been around 9%. To achieve a 14% ratio in 2018, they will have to increase the number of seats by 6%, and all these 6% will be filled exclusively by women candidates.

A little over a year ago, I had suggested that we must do some research into why women are not getting selected in larger numbers despite their performing extremely well in physics, chemistry and mathematics in class 12 and also they perform well after they get selected in engineering. My own contention is that there is an inherent bias in the society that restricts coaching options for women. The fraction of women in Kota coaching classes is very small, for example. Even in larger cities, the fraction of women in JEE coaching is less than the fraction of women in science sections in schools. Sometimes, it could be a lack of willingness to pay high amounts for a girl child. Or it could be the concern for their safety.

I am not sure what data the committee looked at, but apparently they did find that part of the reason for lower number of women is societal bias, and so that bias needed to be compensated by some mechanism. And what other mechanism do we know of in this country but reservation?

Is reservation the best mechanism to achieve gender balance?

The obvious shortcoming of reservation or a quota system is that its benefits are not directed towards the disadvantaged class but a larger class. The additional seats may not all go to those women whose parents have refused to send them to outstation coaching, or even to a more expensive coaching within the city. At least some of the seats will be taken up by women who actually go for expensive or outstation coaching.

But note that this is the problem of reservation based systems in general. Aren’t OBC reservations benefiting students whose both parents are well educated and can hardly be called “educationally backward.” But in India, we always argue that if we don’t use simple proxies for disadvantages faced by people, the whole system will be gamed by the rich and influential. In case of simple proxies (like caste for socially and educationally backwardness), some non-deserving people may sneak in but it helps those who need such help. Something similar is likely to happen with women’s reservation as well. A few non-deserving women will get admission but, overall, it will help compensate the societal bias to some extent.

Also read: Seven Charts That Show the Gap Between Old and New IITs

I think something more interesting may happen here. Once the parents know that getting admission to IITs is somewhat easier for women, they may actually be more willing to get them coached. Currently, one of the reasons for not investing in their coaching is that the chances of success are so low, and the expected return on investment is consequently low. They are willing to invest in sons’ coaching even with that lower expected return, but will invest in daughters’ coaching if the expected return is higher. As a result, a greater percentage of women may succeed in the admissions process on their own. My gut feeling is that the percentage of women in the normal process will keep increasing and they will need only 5-6% supernumerary seats even as the goal improves from 14% to 16% and all the way to 20%. And because of this hope, I am positive about the reservation.

Are there other methods that they could have used to increase women admission?

Absolutely. JNU has had the scheme of deprivation points in their admission process. Under this scheme, they would add a few points to the other pieces of evaluation based on some criteria of background of the candidates. One of the criteria is gender, and a small benefit accrues to female candidates.

IITs could do something similar. They could increase the marks of every women candidate by some small number in a way that in the top 10,000 ranks, there are exactly 1400 women. And now women have ranks based on this new marks. One could a priori decide what is the maximum number of marks to be added, and if to ensure that there will be 1400 women out of 10,000 ranks require a higher number of marks to be added, then we will still stick to the maximum marks. (And, of course, we would know how many of them were in top 10,000 before these extra marks, and how many have been added, and create that many more seats to satisfy the current policy of not reducing the number of seats for categories not part of new reservation.)

Of course, it is easy to expand this mechanism to implement all sorts of reservations, and we will have data on exactly how much difference there is between various categories. So we could increase the marks of all SC students in a way that there are exactly 1,500 of them in the top 10,000 (subject to the maximum number of marks, note that even now there is a limit on how much lower we will go in the merit list).

This mechanism is very useful when you have very small reservations, for example, in case of physically challenged students. A PH-ST student is competing for a 0.2% quota (3% of 7.5%), which means that in a large number of programs, there will be zero reserved seats in any given year. But if you add enough marks to their score that they represent 3% in 10,000, they will be able to seek admission to any seat that they deserve at their performance level.

This mechanism will be useful if we want to compensate for any other bias or discrimination or deprivation that candidates have faced.

Of course, what we are arguing now is that a 15% reservation over 10,000 seats means that the reservation is overall and not in each program. This would mean that they may get slightly less than 15% in some programs and slightly more than 15% in some programs. We only need to make sure that the distribution of marks are such that it won’t lead to very high or very low presence in the popular programs (which I suspect will not happen). I don’t know how the courts will look at it but it is worth trying.

Also read: How IITs Turned From Nehru’s Vision of Technology To Catering Engineers for MNCs

Can we improve gender balance without any affirmative action?

That would be the least controversial and best method, in general. But that would require a lot of research, and we normally want to solve the problem without doing research. For example, if the hypothesis that lower women representation is due to societal bias and consequent lack of investment in their coaching turns out to have some merit, then perhaps we need to have the entrance exam (or at least some components of it) which are not impacted by such high pressure coaching. Small amount of coaching would be enough. One way to do that is to have speed tests, I am told, instead of very difficult to remember tricks. On top of that, something that government has already asked IITs to do, we can get study material prepared by IITs. And, of course, we are also seeing development of apps where by a candidate can practice for speed tests and get feedback sitting at home, all at a very low cost.

Of course, if the research shows some other reasons behind gender imbalance, we will need to tackle that properly.

Will this lead to more demands of diversifying student population?

Tamil Nadu has a little over 5% population of India, but it does not send 5% students to IITs. Muslims have about 15% population in India, but the fraction of Muslim students in IITs is much smaller. Wouldn’t there be demands for increasing their representation.

Of course, there will be. But note one thing. The system proposed is saying that if 50% population does not have even 20% representation then there is something wrong somewhere, and we need to do something about it. So, the goal is not to ensure representation aligned to population fraction. Also, this is the population which seems to be doing much better in pretty much every exam in the country – except JEE advanced. If there are other groups that meet these criteria, that too can be studied.

It is a difficult decision. But one that I think could lead to attracting better talent by IITs. I am hoping that the ‘quota’ part will remain very small and eventually go away, and that IITs will implement other ways to attract talent, including changes to JEE.

Dheeraj Sanghi was a professor of computer science at IIT Kanpur, and is now at IIIT Delhi. This article was originally published on the author’s blog and has been republished here with permission.