All college and school students enrolled in the NSS have been told to participate. 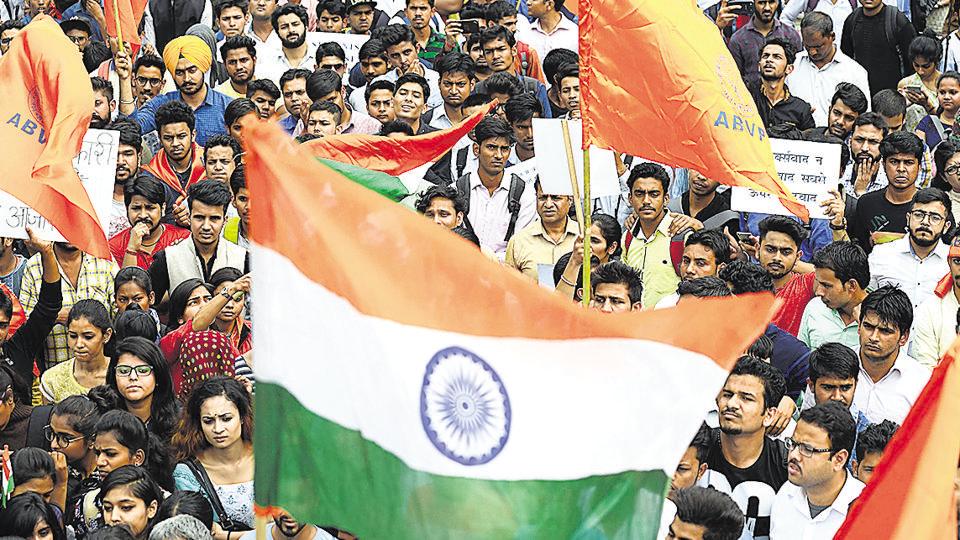 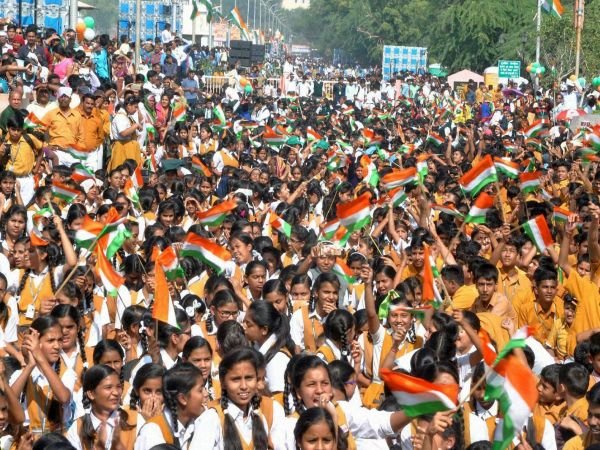 Jaipur: The Rajasthan government has tied up with a Hindu organisation to hold a massive Vande Mataram recital next week and declared that all school and college students enrolled in the National Service Scheme (NSS) must participate.

The three hour event, which has drawn sharp reactions from opposition parties, has been christened ‘Vande Mataram’ (Voice of Unity) and is being conducted in collaboration with the Hindu Spiritual Service Foundation (HSSF) on November 8 at Jaipur’s biggest cricket stadium.

In an order issued November 1, the Directorate of College Education asked principals of all government and private colleges to appoint a convener under the National Service Scheme (NSS) to ensure all students enrolled in the NSS participate in the event.

The HSSF, which organises the annual Hindu Spiritual and Service Fair in several cities across northern India has tied up with the Rajasthan government’s youth board for the event.

According to the government order, the event is meant to inculcate values of nationalism and constitutionalism among youth.

“This has nothing to do with religion or politics. Hindu here does not mean the religion but the shared culture and civilization of India. A lot of Muslim students and artistes will also be participating, so where does the question of religion arise?” Kailash Pahadiya, Member Secretary of the Rajasthan Youth Board, told The Wire.

According to the government order, the event is meant to inculcate values of nationalism and constitutionalism among youth. 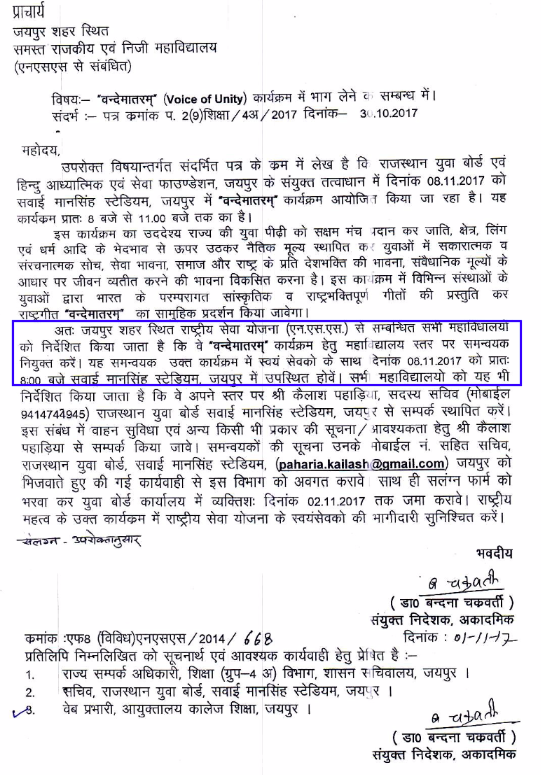 A screenshot of the state government order. Credit: The Wire

The opposition Congress slammed the state government for tying up with a religious organisation.

“The Raje government is cornered on a host of issues including farmer suicides, unemployment and the latest ordinance to shield corrupt public officials. Religion is always their last resort to divert attention from real issues. It’s unfortunate that the government has tied up with a religious organization since the constitution mandates separation of the state from religion. Public representatives holding constitutional posts like the CM should keep away from such events,” Pradesh Congress Committee president Sachin Pilot told The Wire.

This is the latest in a series of controversial orders issued by the state government, aimed at “correcting” the extant historical narrative in higher as well as school education.

Earlier this year, the Rajasthan University accepted a proposal – mooted by BJP MLA M L Gupta and backed by three senior ministers – to include in MA History textbooks information that claimed Mughal emperor Akbar lost the battle of Haldighati to Maharana Pratap.

The state’s school education minister, Vasudev Devnani, has also brought about several changes to the curriculum, removing and chopping references to India’s first PM Jawaharlal Nehru from school books to omitting the prefix ‘great’ while referring to Akbar.

An October 23 government circular has directed state colleges to take their students on an “educational tour “of the RSS-backed Gaurav Pratap Kendra in Udaipur.

On November 1, the Indian Express reported that the Jaipur Municipal Corporation had  made it mandatory for its staff to “sing the national anthem in the morning and national song in the evening”. Jaipur mayor Ashok Lahoty reportedly said that anyone who opposed this decision “should go to Pakistan”.