“Such attempts are part of a larger design of the BJP government to glorify some Hindu rulers and promote its Hindutva ideology." 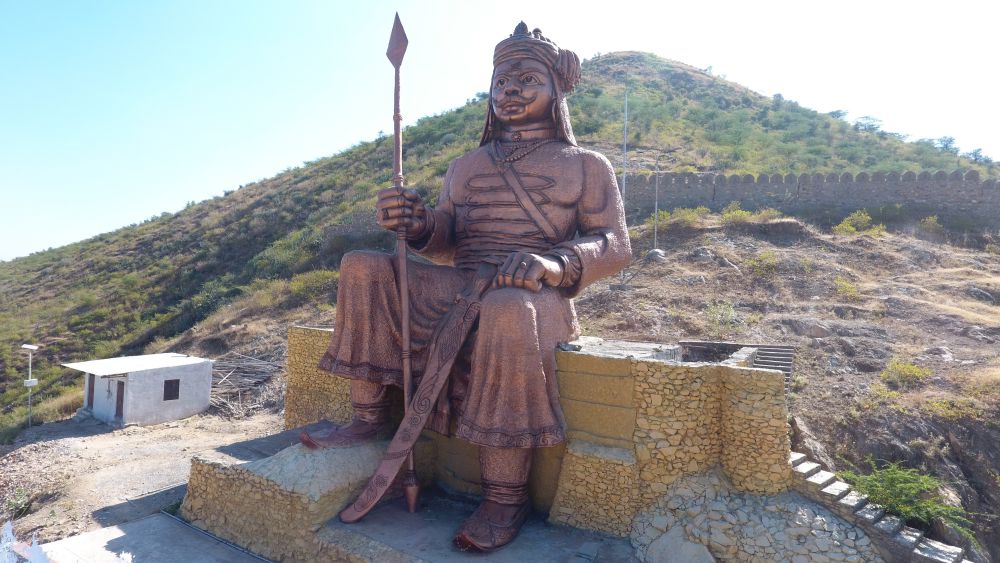 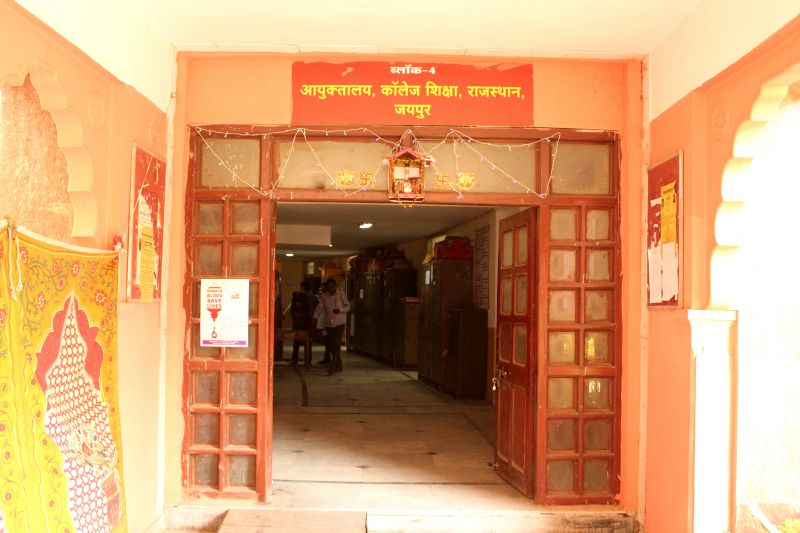 The entrance of the Department of College Education in Jaipur. Credit: Shruti Jain

Jaipur: The Rajasthan government has directed state colleges to take students on an educational tour of the Rashtriya Swayamsevak Sangh (RSS)-backed Gaurav Pratap Kendra in Udaipur “to develop a sense of patriotism, bravery, culture, values, duty as well as increase knowledge about tourism and history.”

An October 23 circular issued by the state’s Department of College Education labelled the kendra – set up by veteran RSS pracharak Sohan Singh – as a ‘national pilgrimage and tourism centre.’

Started under the banner of the Veer Shiromani Maharana Pratap Samiti, the Rs 100 crore Pratap Gaurav Kendra project aims to promote Maharana Pratap as an icon for the youth.

RSS chief Mohan Bhagwat laid the foundation stone in 2008 and the centre was inaugurated in November 2016. Prime Minister Narendra Modi visited the place this August. 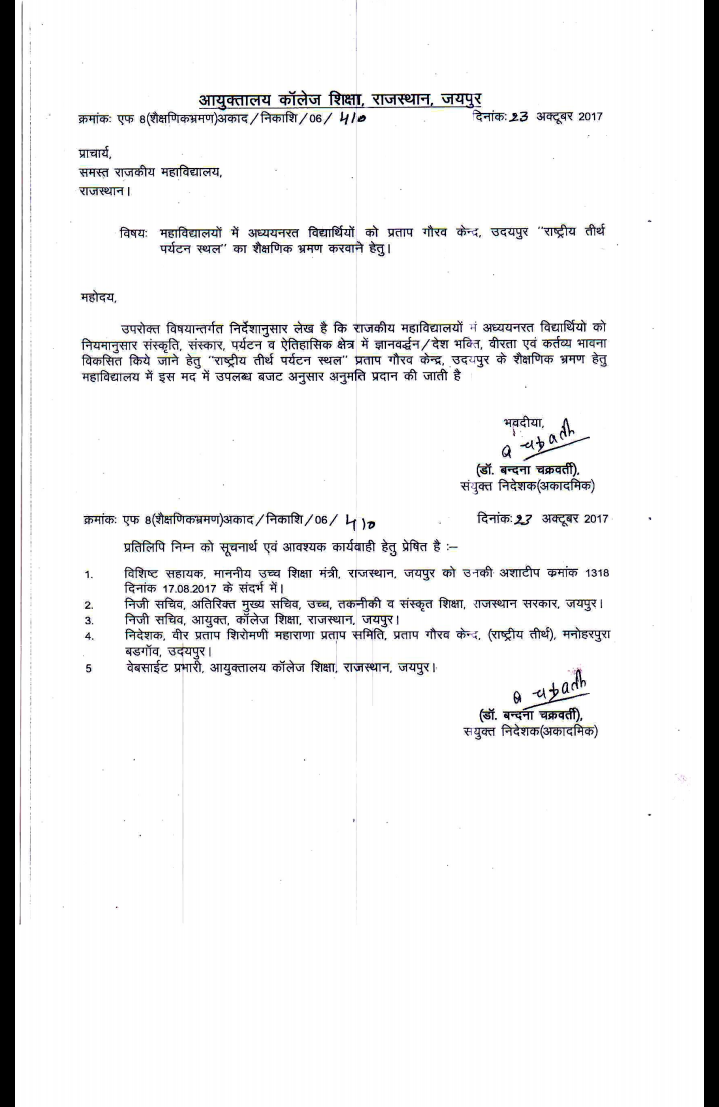 Described as a ‘living pilgrimage of history, education and ritual,’ the centre has a 57-foot metal statue of Maharana Pratap in a sitting posture, a Bharat Mata mandir, Bharat Darshan Gaurav Dirgha and four art galleries with over 300 paintings.

With the stated objective to “provide detailed information about the history and achievements of the king of Mewar, Maharana Pratap with the help of modern instruments,” one of the centre’s art galleries, Haldighati Vijay Yudh Dirgha, carries illustrations of the Battle of Haldighati. Paradoxically going against the grain of historical veracity, the depiction says, “Maharana Pratap was clearly victorious on [the] army of Akbar in the Haldighati war.”

Several media reports have drawn attention to the Rajasthan Board of Secondary Education’s large-scale efforts to rewrite history. For instance, the board has approved a change in the history section of the class X social science books. According to the lessons in the revised texts, Maharana Pratap conclusively defeated Mughal emperor Akbar in the 16th-century Battle of Haldighati.

Speaking to The Wire on the tour to the centre, Vandana Chakarvarty, the joint director (academics) said, “There were orders from the government to do so but the tour isn’t compulsory, the colleges shall organise this tour only if they have the required budget.” 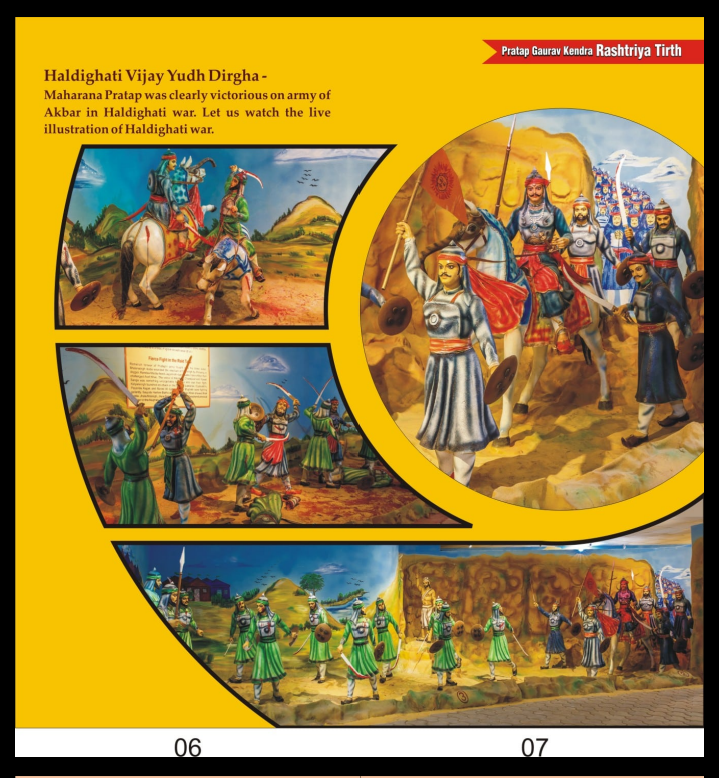 Asked whether it was the first time that the department has recommended a specific place for an educational tour, Chakarvarty replied, “Yes.”

The state government is also planning programmes for what it calls the ‘development of the youth.’ It has set up Youth Development Centres (YDCs) in colleges to organise activities (lectures, camps, cultural programmes, industry visits) with the help of budgetary and logistical support from the government fixed at Rs 25,000.

However, the colleges say that no separate budget has been allocated for educational tours by the government.

“Within the Rs 25,000 budget, we are required to organise at least 20 guest lectures on topics suggested by the government and the minimum fee for each lecture is fixed at Rs 1,000. We are hardly left with any amount to organise any study tour from the YDC budget,” Som Kant Bhojak, the principal at the Rajasthan Sangeet Sansthan told The Wire.

Due to the budget shortage, out of town educational tours have never before been carried out by colleges.

“With a limited budget for educational tours and other related activities, the students are taken to nearby relevant places decided by the colleges individually as per the course’s relevance. Taking the students to Udaipur in the current budget is nearly impossible,” said Vasudha Saxena, a lecturer at Rajasthan Sangeet Sansthan, a government college in Jaipur.

“We usually take our students to studios for recording as part of these educational tours and visits for their benefit and learning. What purpose will a historical museum serve to the students of music and dance?” Saxena added.

As per the guidelines of the YDC, the principal approves the annual calendar of activities prepared by the Youth Development Centre Committee incorporating suggestions given by the Youth Development Centre Advisory Committee, Directorate of College Education, experts, youth policy of the nation/state, related vision documents as well as the needs and interest of the students.

However, the Directorate of College Education has the powers to amend the guidelines wholly or in part at any time.

“It is for the first time that a specific place for visit is recommended to us. In the past, the principal used to decide which place would be suitable for the students,” said Jyotsana Bharadwaj, the principal of the Rajasthan School of Arts.

This is not the first time that the state BJP government has foisted its Hindutva ideology on students. Earlier, the Vasundhara Raje-led BJP government in Rajasthan had added a book in the list of recommended readings for the MA history course, which too declared Maharana Pratap as the winner of the 1576 Haldighati Battle against Akbar. In the past, the state education department had eliminated the suffix ‘Great’ from Akbar’s name.

“Such attempts are part of a larger design of the BJP government to glorify some Hindu rulers and promote its Hindutva ideology. Basically, they don’t want to talk about Mughals in the name of sankars and not let the children build scientific temper which is against the democratic values. If this trend continues, we will have a generation that will never get to know who Mughals were,” Komal Srivastava, who is associated with the Bharat Gyan Vigyan Samiti, told The Wire.