When lay people, including politicians, make erroneous statements, the problem must be addressed by collegial communication. When scientists do the same thing, they should be addressed more pointedly. 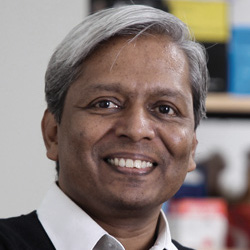 The 106th Indian Science Congress is being held in Jalandhar, from January 4 to 7. The principal goals of the congress are “to advance and promote the cause of science in India and to hold an annual congress at a suitable place in India”.

The Indian Science Congress Association (ISCA) gets some support from the Department of Science and Technology, of the Ministry of Science and Technology. The ISCA raises funds for its activities, such as for holding the congress, from other sources. Yet – like the Indian National Science Academy, for example – the ISCA decides the agenda, the venue and selects the speakers. The Government of India has no role whatsoever in these matters.

We can look at the science congress from three perspectives: the government and what it says, the audience and what they get, and the speakers in the scientific sessions and what they say.

Criticism where it’s due

The science minister (Harsh Vardhan, in the current government) is present and speaks at the inauguration. Other ministers, science secretaries and government officials may be invited to speak. Our science agencies are also invited to put up stalls.

The talks by science secretaries give a view of where science and technology are headed in the country. These are followed by questions and answers. The exhibitions by science institutions and science agencies attract big crowds, particularly school and college students.

Please look through the prime minister’s speech this year and on previous occasions – over the last several decades. They all reflect our aspirations. More importantly, and unusually among postcolonial countries, they reflect the commitment of successive governments to science.

We must always be critical about how governments act. We should also celebrate this commitment, which has been there during difficult times. India has supported small and big science – both basic and applied – in an exemplary manner. Our support in creating institutions that allow ideas to flourish freely has been foundational. We have continued on this path through the many new central universities, IISERs, IITs, etc. that have been created more recently.

Yet these barely touch our needs. This year, Prime Minister Narendra Modi asked in his speech that India’s scientists attend to research in the state university system. This will get much attention in practice – as will the point he made about getting soil, water, seed, market, fertiliser and pesticide data into the farmers’ decision-making processes using AI and other approaches.

As science’s footprint grows, more resources will be needed, young researchers should be remunerated better and processes will need to improve. We are all together in getting these things done. As our economy grows, support for science will also grow. Old problems will go and new ones will float up. Modi’s addition of ‘jai anusandhan‘ to Lal Bahadur Shastri’s ‘jai jawan, jai kisan‘ slogan – and then Atal Behari Vajpayee’s ‘jai vigyan‘ – therefore aims to garner support for science in addition to the demand that already exists for the fruits of science.

Second: Thousands, sometimes tens of thousands, of school and college students attend the congress. They come from all over the country. So the science congress, with all the attendant vibrance and chaos, is a great melting pot for students from around India to meet each other, bond and through them experience other parts of India. They also love meeting with the scientists, going to the stalls, mobbing the Nobel laureates. It is a festival, and it has a lasting impact on them when things go well. For that, the speakers are important.

Third: the speakers themselves. The science congress has an overarching theme each year, and the talks together cover a wide range of topics. A group of scientists chosen by the ISCA requests applications to speak, and chooses speakers. Once chosen, there is no censorship.

Only a few of our best scholars go to the science congress. The crowds, the chaos, the diverse audience (whom does one talk to: The experts, school students or the college students?) seem to put off many others. This is a pity: the congress these days is organised better than it was in the past. More pertinently, it is precisely the diversity and lack of tight organisation that makes it special, and one could just embrace that.

The talks reflect the speakers. A few are superb, some good, many unremarkable and a few – usually one or two – outright preposterous.

The last group receives disproportionate attention in the national and global media, which also lingers till the next congress, and assigned to the #pseudoscience bin. It is a fascinating reflection of our mindset that this bin is taken to be emblematic of scientists and an official endorsement of sorts.

A well-intentioned person asked me how one could provide a platform for such preposterous talks at the science congress. The organisers don’t have a filter, rightly so, and the Government of India has no role in the matter, also rightly so. Scientists say what they say; if they talk nonsense, they will feel the heat from the community.

It is indeed unfortunate that a sitting vice-chancellor of a great state university – and a biologist to boot – says something that is scientifically completely untenable. His chancellor should receive a formal complaint from those who were present in the audience, and he will also surely hear from individual scientists and our vocal science academies.

A bigger danger: the quiet scientist

On a related note, the #pseudoscience bin is an important one – and we in India fill it in an oddly lazy manner. When lay people, including politicians, make random and erroneous statements linking religion, culture, history, etc. to science, the problem must be addressed by collegial communication. When scientists make such links, they should be addressed more squarely. If there is a chance that such views may enter policy, the amount of engagement needs to go up.

Even so, these are not the gorillas in the room.

The gorillas that really deserve to be in the #pseudoscience bin are huge, numerous and freely roaming the landscape. Let’s begin with an example from history and then return to the present.

Under Joseph Stalin, the biologist Trofim Lysenko rejected Mendelian genetics. In doing so, he effectively ruined the study of genetics and plant breeding in the Soviet Union, ravaged Soviet agriculture and precipitated famines through the acceptance of what was – even then – clearly pseudoscientific. Lysenko (co)introduced alternate concepts as a result of which millions of people died.

In South Africa, hundreds of thousands lost their lives in the 2000s after then-president Thabo Mbeki and his health minister Manto Tshabalala-Msimang asserted that HIV does not cause AIDS. This position has long since been reversed, fortunately. More contemporarily, people with vested interests and a national leader continue to deny human-induced climate change. Some other affluent people in the West have used their privilege not just to voice pseudoscientific criticism against vaccines but also to actively fund their supporters.

All of this leads to death. Other activists have opinions of agriculture that – like Lysenko – betray a poor understanding of genetics as well as a desire to translate this into policy by stoking fears in the public, thus gridlocking well-intentioned policymakers. Yet others have similar views on nuclear power. More recently, the famous biologist James Watson, now 90 years old, reiterated his decades-old unscientific, racist and bigoted rant on ‘African intelligence’.

On a more mundane level, many scientists look at where research work is published to judge its merit rather than what it says, creating an assessment-pyramid that has little science in its construct. These are the topics that must be at the centre of the conversation on pseudoscience.

The application of science, through technology, must be cautious and wise. This requires carefully listening to a range of scientific possibilities, and working with citizens and the government. Time and attention must be given to all views. But as with Lysenko, HIV-AIDS and climate change, if we – the scientists of India – hesitate to call out #pseudoscience in these debates, we risk endangering our citizens and the planet. Not doing the right thing inasmuch as doing the wrong thing poses a great danger.

This article was originally published on the author’s blog and has been republished here with permission. It has been lightly edited for clarity.

K. VijayRaghavan is the principal scientific advisor to the Government of India.