In his letter to students and faculty, Mehta, who will continue to be a professor at Ashoka, acknowledged "the timing of my leaving may occasion speculation" but said he wanted to leave before the academic year to minimise disruption. 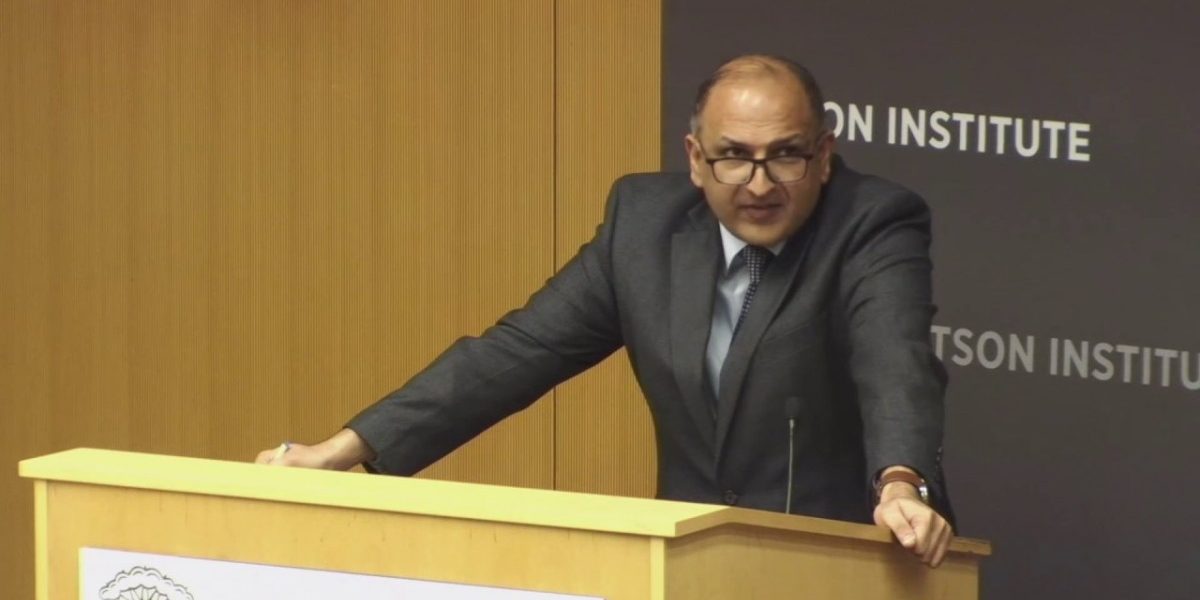 New Delhi: Renowned political scientist Pratap Bhanu Mehta has stepped down as vice-chancellor of Ashoka University in Sonepat. According to a letter he sent students and teachers at the university, he wants to “return to a more full-time academic life” and his resignation will be effective from August 1.

Mehta says in the letter that he had trouble balancing his administrative duties with his academic interests, that there was a “tension” between the two. “I had unlimited freedom but little time.  It was time to give academic life one more shot, before my synapses irrevocably hardened. I wanted to carve out a space to engage with the practical and theoretical challenges of our time, and return to various unfinished academic projects. The contemporary world has unsettled so many of our political and philosophical assumptions, and I increasingly felt the need to reorient myself academically. Hence the decision to step down,” he writes.

He also says that he will continue to be associated with Ashoka University as an academic. He admits that the hurry in which the transition is taking place may lead to some questions – “the timing of my leaving may occasion speculation”, he wrote – but says that he wanted to announce the change before the semester began, to ensure minimal disruption.

Mehta began his term as VC two years ago, in July 2017. Before that, he held several prestigious posts including president of the Centre for Policy Research and professor at the NYU School of Law.

In a statement, Ashoka University has announced Mehta’s successor – English literature professor Malabika Sarkar. Sarkar is already at Ashoka, as principal advisor (academic) and former dean of faculty and research, and has been associated with the university for four years now. Before joining Ashoka University, she was a professor at Jadavpur university.

Rudrangshu Mukherjee, who was VC before Mehta, has said that Sarkar was “a part of the team that has shaped the University into one of India’s finest liberal arts and sciences universities”.

“Ashoka University is today recognised and respected for its focus on academic excellence, global outlook, innovations in education and being a confluence of many streams of thought. I am privileged to have been a part of the journey. I look forward to working with the faculty and students to build a world class university,” Sarkar has said on her appointment.

The text of Pratap Bhanu Mehta’s letter is appended below:

Dear Members of the Ashoka Community,

I write to announce that I will be stepping down as Vice-Chancellor, Ashoka University, effective August 1. The Chancellor has kindly accepted my resignation.  Being Vice-Chancellor of Ashoka has been an extraordinary privilege. But after much deliberation, I decided that I need to return to more full time academic life. I will continue to be associated with Ashoka University. I will continue to teach, learn, write and enjoy the intellectual richness of this wonderful university, and help it in any way I can.

The decision to step down was not an easy one. Ashoka has been an extraordinary success story and any Vice- Chancellor would be thrilled to bask in its glory.  Its commitment to academic values, the integrity of its processes, and the extraordinary talent it has assembled make it a truly special university. I was lucky enough to have the full support of the university in all my endeavours, including my writing.  But I had increasingly begun to feel the tension between my vocation as an academic and my obligations as an administrator. The practical challenges of running a university left me without enough space for my academic interests.  I had unlimited freedom but little time.  It was time to give academic life one more shot, before my synapses irrevocably hardened. I wanted to carve out a space to engage with the practical and theoretical challenges of our time, and return to various unfinished academic projects. The contemporary world has unsettled so many of our political and philosophical assumptions, and I increasingly felt the need to reorient myself academically.  Hence the decision to step down.

This was a personal decision. But it was made easier by one fact. Ashoka’s institutional depth, values, and the talent it commands make me confident that my stepping down will not be disruptive to Ashoka.  If anything it will rise to greater heights. It will continue to be committed to its values: academic freedom, innovation and excellence. That is why I am choosing to continue to be associated with the university, to enjoy the sweet freedoms of the academic life.   I am sure the transition plans of the university will cause you as little inconvenience as possible.  The timing of my leaving may occasion speculation. But I thought it would be best to leave before the new academic year began, rather than cause disruption during the year.

I want to thank each one of you for your support. I shall not name individuals, because I owe too may debts too deep to be formulated. The Founders and Trustees have set new bench marks of integrity and revolutionised our sense of possibility in Higher Education. The Faculty have redefined the meaning of academic excellence. The students—the life blood the institution – daily give us the gift of hope and wonder. The administration and staff create the solid foundations on which academic life can so lightly dance.  And the Chancellor has been a wonderful mentor in more ways than one. I am deeply grateful to all of them—and the wider Ashoka community—for their help and support. I can now relish the thought of enjoying the riches they have to offer even more.

I will miss the thrill of helping build one of the finest institutions India has ever seen. I know it a great honour being Vice-Chancellor of Ashoka. But at this point in my life I could not resist the temptation of Emerson’s advice: “People disparage the knowing and intellectual life and urge doing. I am content with knowing, if only I could know.”    I thought I might at least try.