The order said institutes in PoK are not recognised by Indian statutory authorities as the region is under "illegal occupation of Pakistan". 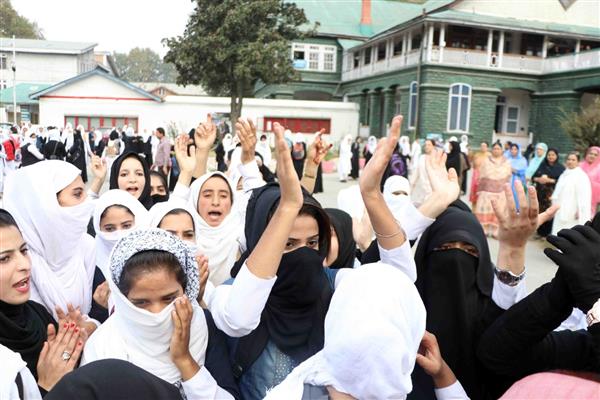 The Wire Staff
Education
Government
16/May/2019

New Delhi: The University Grants Commission (UGC) has warned warned students against taking admission in educational institutions in Pakistan-occupied Kashmir (PoK) as they are not recognised by statutory authorities.

In a notification issued on May 8, the UGC’s secretary Rajnish Jain said “Pakistan-occupied Jammu and Kashmir (PoJK) is an integral part of Union India” He added, educational institutions such as “universities, medical colleges and technical institutions and other education institutions situated in PoJK are neither established by Government of India nor recognized by statutory authorities such as University Grants Commission (UGC), All India Council of Technical Education (AICTE), Medical Council of India (MCI)”.

The notification adds, “Therefore, students are cautioned/ advised against taking admission in any college/ university/ technical institution in any territory under illegal occupation of Pakistan including the so-called AJK and Gilgit Baltistan, which are currently not recognized in India.”

According to the Indian Express, a large number of students from the Kashmir valley seek admission in Pakistani colleges every year, especially for medical courses. Colleges in Pakistan have a special quota for Kashmiri students. The report says few students choose PoK as a destination for higher studies.

Also Read: The Coercive Pacification of Kashmir’s Campuses Does Not Guarantee Peace

Hurriyat Conference chairman Mirwaiz Umar Farooq told the Indian Express that the UGC directive “politicises” education and said it “violates the fundamental right of students to take education anywhere in the world”. “He said the notification puts the career of students admitted to colleges in PoK “in jeopardy and uncertainty”.

“They [Kashmiri students], just like students elsewhere in the world, have the right to choose where to study,” he told the newspaper.“Barring students from seeking admission in educational institutions of Pakistan-administered Kashmir, which is part of the entire Jammu and Kashmir of which they are state subjects, makes no sense,” Farooq added.

A private school association also echoed the same sentiments to Livemint, saying directives from the UGC should not “be polticised” and “students should be allowed to take admission anywhere”.