What the New Education Policy Will Mean for Universities in India

The process of privatising higher education in India has already begun; the NEP will take it further. 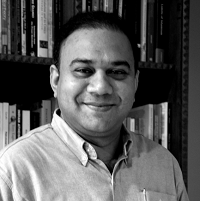 The National Education Policy (NEP) is being seriously debated among Indian educationists. As a teacher in the higher education sector, I will only focus on some issues related to university education, as mentioned in the policy document.

First, one good suggestion is that of scrapping the MPhil degree. It was meant to hide a lot of disguised unemployed, by spending two more years in the university, given the fact that the Indian economy is unable to absorb these students in proper jobs, not to mention the unemployable nature of the MPhil when the highest academic degree gets precedence over a masters research degree.

However, saying so, the NEP has several contradictions which need to be resolved after formal consultations and debates in the Indian parliament. This has been already legitimately raised by several opposition parties.

Thirdly, the principal contradiction is the pulls and pressures of coping with the processes of globalisation, with English still holding the dominant position as the primary medium of instruction and the demands of vernacular education at the localised level. While the vernacularisation of higher education is a democratic goal, it is a practical problem for teachers to teach in the vernacular language at the university level in the absence of quality textbooks in these languages.

Fourthly, while the target of investing 6% of GDP in education is an ideal and an elusive promise without any delivery for ages, there has been no clarity on how to generate funds. Are we going to have a progressive tax regime to create more funds?

In the early 1980s, 8% of the Indian population had access to higher education compared with only 1% in China. However, the global ranking of Chinese universities in the last two decades showed that a focused approach with humongous investments in the education sector had fantastic outcomes. The comparison between China and India is apparent. Both are large Asian countries with large peasant population. Both became a republic in the late 1940s with a hangover of an old civilisation.

The exclusion of Cordova and Al-Azhar universities in Islamic Spain and Egypt in the NEP does not have any justification, given the fact that India could not only learn from its ancient centres of learning but also from the Chinese and other Asian countries. Since there has been no direct allusion towards what is mostly labelled a the ‘saffronisation of education’, the inclusion of Al-Azhar and Cordova would have made the NEP more inclusive. After all, it is always better to learn from other contexts.

The narrative to create more private universities was first pushed by two leading industrialists in India, Mukesh Ambani and Kumarmangalam Birla, in a report in April 2000. The report made a perceptive observation about the state of affairs in the education sector of India by the turn of the 20th century in the following words:

“While the larger world embraces the information age, the world of education in India encompasses different ‘worlds’ that live side by side. One world includes only a fortunate few with access to modern institutions, computers, Internet access and expensive overseas education. A second world wants to maintain status quo – teachers, administrators, textbook publishers, students – all have reasons to prefer things to remain as they are or change only gradually. The third world struggles with fundamental issues such as no books, wrong books, teachers desperately in need of training, teachers’ with poor commitment, rote learning of irrelevant material, classrooms with hundred students, dirty floors and no toilets. India cannot hope to succeed in the information age on the back of such three disparate worlds.”

While the Ambani-Birla report recommended universal and free primary education, it did make crucial recommendations for the commercialisation and privatisation of higher education, along with depoliticising the university space. For example, out of 25 recommendations, six were directly favouring the policies of privatisation and depoliticisation. The NEP is a polished continuation of some of the essential features of privatising higher education. This process has already started in various parts of India. In fact, there is a clear goal of setting up modern avatars of Takshashila, Nalanda, Vikramshila, Vallabhi and Nalanda.

Communicating in the vernacular

In a recent article in The Wire, days before the official publication of the NEP, I asked the following question. Do Kolkata’s regional capital, India’s big capital and the Bengali cultural capital together have the appetite to take the risk of creating a world-class elite private university in Bengal that could fulfil the demands of the 21st century? The simple answer to the above question is that at this moment, there has been no such initiative in Bengal.

There are a few reasons for this. First, Bengal does not have a regional capital that may take such a risk with a grand vision to set up a university which could match up to the international standards of top-ranking global universities in the next few decades. Secondly, for setting up such a university, getting land is an issue. The fragmented nature of property in Bengal, along with the fact that the state is a very densely populated one with a vast surplus population dependent on the land and land-related economy, getting land near Kolkata is a significant impediment. Thirdly, the capital flight in Bengal for decades have made big capital of India not take enough risk and invest in big-ticket projects. University is a lesser priority for big money, given the lacklustre record of India’s big capital in matters of philanthropy and even in corporate social responsibility when compared to Euro-American societies. Finally, the Bengali cultural capital is still deeply immersed in the government sector, and it has academic and ideological stakes in public sector education.

The plebeian classes that have gained political power in the state have benefited from the vernacular education and will resist any move to privatise either existing public universities or pay higher fees in new private universities. Already, the government of West Bengal in the last two decades has played an active role in regulating fees in private schools and colleges. The class division that one can notice between the students in public universities and some elite private universities in parts of North and South India cannot be seen in present-day Bengal.

Decolonisation and its after-effects of living with vernacularism from the late 1970s are still the broad platform of resistance to privatisation and globalisation in the form of sustenance of state-sponsored higher education and the vernacular mode of learning in Bengal. Will the deepening of the decolonisation project in higher education necessarily ensure the liberal values of academic freedom, lack of governmental intervention in the academic and administrative matters of universities? The experience, so far, is, bitter.

Yesterday, on the front page of Ananda Bazar Patrika, there was a genuine attempt to translate the preamble of the Indian constitution. As a political scientist, I never had the opportunity to teach the constitution in my career since that is not my field of specialisation. But it struck me while thinking and researching about decolonialism and vernacularism. I was talking to a political scientist over the phone on whether there is an original translation of the Indian constitution.

My experience of living inside urban slums and in a rural peasant community as a child taught me one big lesson. Our elite education in English didn’t mean much to common people – the ordinary factory worker, the poor peasant, the domestic worker. Political scientists, at least in Bengal, have failed to communicate what the constitution sets out for India – which should be accessible to all just like holy books are.

Maidul Islam is a political scientist based at the Centre for Studies in Social Sciences, Calcutta.