Suggestions made by activists at a press conference this week all centred around the need to prioritise the Right to Education Act in letter and spirit.

The NEP allowing for increasing CSR and philanthropic funds in school education could pave the way for privatisation, warn activists. Photo: Michał Huniewicz/Flickr (CC BY 2.0)

New Delhi: Welcoming the proposal for extending free and compulsory education for all children between three and 18 years in the draft New Education Policy, the Right to Education Forum, India’s largest collective of various trade unions, schools, and education workers, said that the government must disclose a detailed plan on the financial arrangements it aims to make, to implement the policy.

Cautioning the government, it said that the current system of free education for children between six to 15 years under the Right to Education Act could not be implemented properly only because successive governments did not allocate enough funds for it.

Ambarish Rai, the national convenor of the RTE Forum said that the RTE Act is a long way from achieving its full potential even after 10 years since it was brought. “In such a scenario, extending the age limit for children in the education policy will only come to naught if a minimum of 6% of the gross domestic product is not allocated to education.”

Also read: Budget 2019 Fails to Give Education the Radical Boost it Needs

“The government has been getting almost 65% funds to spend on education from education cess. If we recall, cess was introduced only to fill up small gaps in education. However, we have a situation where the government is relying on the cess almost entirely,” he said at a press conference this week.

He added that the NEP allows for increase in corporate social responsibility (CSR) and philanthropic funds in school education and that may be an indirect route to open up the gates for privatisation of public education.

“If that happens, it will be a great disservice to the RTE Act. Such reforms should not become a way to override the RTE Act, which gives all children the right to free and compulsory education,” said Rai.

While the NEP has many progressive provisions, there are also many suggestions aimed at providing impetus to low-cost private school education. “The problem is that private school education is largely unregulated. Thus, we see untrained teachers working at a very low salary in such schools which have mushroomed across India without developing minimum infrastructure. They have become profit centres. This in itself is a violation of RTE Act which defines criteria for a centre to be called as a school,” Rai said.

The primacy of the RTE Act over the NEP was also emphasised by former foreign secretary Muchkund Dubey, a key coordinator of the RTE Forum. 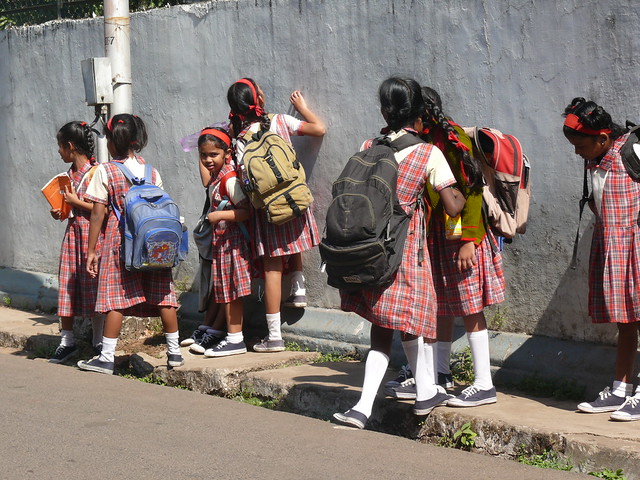 “ The RTE Act confers a legal right, a policy document such as the NEP does not confer such rights, and hence a policy document cannot surpass the RTE Act,” Dubey said, while adding that the NEP should be implemented in such a way that RTE is strengthened further.

Welcoming the NEP recommendation that teachers should not be given non-teaching jobs like election and census duty, he said a “a national pay commission should be established for scientific and transparent standard for fixing salary and promotion of teachers.”

Rampal Singh, president of the All India Primary Teachers’ Association also emphasised the need to fill up vacancies in government schools while pointing out that the NEP has conspicuously omitted the common school system, a gloss over that could be a blow to the vision of universal education for all.

Sumitra Mishra from Alliance for Right to Early Childhood Development said that while the NEP talks about extending the RTE Act for children from three years to 18 years, there is no mention of how children from three to six years will be taught. “You need special skills to impart education to children in that age bracket. There are scientific global norms for teaching those children. The government should make provisions for that.”

The RTE forum has submitted its suggestions to the Ministry of Human Resource Development.