Mediocrity in Higher Education Is a Bigger Blow Than India Acknowledges

For how long can a nation claim to be a great power with a mediocre higher education sector? 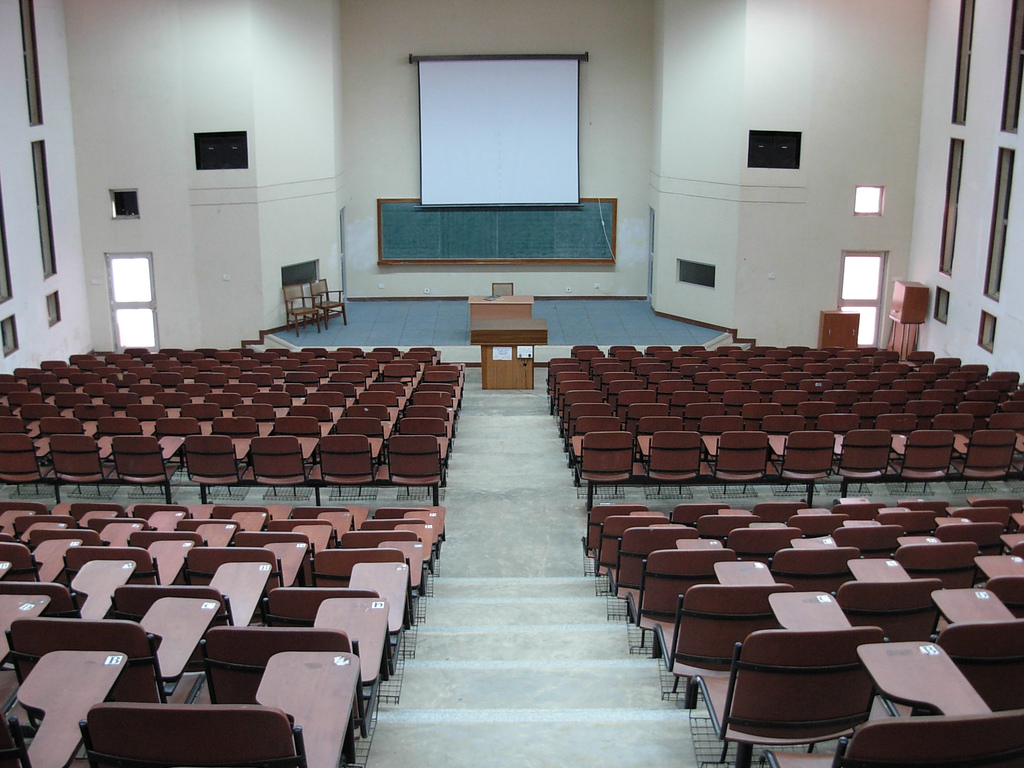 With our obsession with ranking, we often fail to ask a deeper and uncomfortable question: Does the knowledge we produce and feel proud of to get this ranking really liberate us? Credit: ambuj/Flickr, CC BY 2.0

India’s higher education sector is characterised by institutionalised mediocrity. As was true in the past, a small section of the vast higher education sector is world-class, and this section might even grow a little in the coming years, but the rest of it is sterile and unproductive. To put things in perspective, the rest accounts for over 95% of the 903 universities, 39,050 colleges and 10,011 stand-alone institutions that we have. Even worse, there are few signs of any sort of revival or recovery of the rest.

There are at least five consequences of this kind of mediocrity that India should seriously worry about.

The first is its impact on the employability of college graduates. According to one survey, employability numbers have improved over the years to reach 46%. However, other surveys portray a bleaker picture. A 2017 report by the Associated Chambers of Commerce and Industry of India found that only 20% students from business schools land jobs after graduation.

We can argue about how reliable these numbers are but it is harder to dispute the fact that a large number of young people with college degrees are unemployable and, even with time, are likely to remain unemployed or at best underemployed. Indeed, many young people have stopped looking for jobs.

It is notable that a growing number of recently-graduated young people are from private institutions (nearly 67% of students attend private institutions, which are relatively more expensive). A growing number of students incur debt to complete their college education. However, with low rates of employability, many are either unable to pay back the loans or the burden falls on their parents to do so.

Unemployment and debt invariably lead to other problems among the young and degreed, as distinct from the educated. Some believe that growing discontent among the young brought about by unemployment, despite the possession of college degrees, has the potential to lead to social unrest and violence along ethnic lines. At the least, we may expect that unemployment-despite-education would hurt the mental health of young people.

The second big consequence of mediocrity in higher education is felt in the quality of education imparted at schools and colleges across the country. For over the last two or three decades, a majority of hardworking and motivated students have wisely chosen careers other than teaching, whether in schools or colleges. It does not seem that this trend will be reversed anytime soon; indeed, it may actually get worse. So we already produce poorly trained and demotivated teachers and if institutionalised mediocrity continues, as it seems it will, the quality of teachers at both schools and colleges will deteriorate further. New education technologies may help plug the gap somewhat but they are a poor substitute for good teachers. The consequences of further deterioration in the quality of teachers for India’s knowledge sector are phenomenal.

The third consequence is the flight of students to foreign destinations. According to the Ministry of External Affairs, 752,725 Indians are currently studying abroad (as of July 2018), predominantly in the US, Canada, the UK and Australia, but also increasingly in the UAE and China. The outflow of students abroad is expensive for India in several ways. According to the Reserve Bank of India, spending on education abroad by Indian students shot up by 44% – from $1.9 billion in 2013-2014 to $2.8 billion in 2017-2018. Many who head abroad do not return. That is, other than loss of foreign exchange, there is a large amount of brain drain taking place thanks to mediocrity in higher education.  Of course, there are those who will argue that some of the ‘loss’ is compensated via remittances or brain gain. Overall, however, it is hard to take the position that the outflow of Indian students to foreign destinations brings net benefits to the country.

The fourth consequence of mediocrity in higher education is that it directly affects India’s research and innovation prowess. There are several ways in which this happens, of which two are discussed briefly below.

The most obvious outcome of institutionalised mediocrity is that it breeds and sustains further mediocrity. Among the biggest losers of this is India’s research sector. To begin with, only a handful of higher education institutions support research. Most institutions (and their faculty) remain teaching-oriented but, because of the academic performance indicators, have dedicated themselves to the cause of ‘pretend research’. The percentage of students enrolled for doctoral programmes has remained constant despite a significant increase in the total number of students, from 27.5 million in 2010 to 36.6 million in 2017. These numbers are as worrisome as the overall quality of research. Great economic powers have a much larger share of people engaged in research. The question is whether India can reach greater heights without substantially improving its capacity for research and innovation. It is a big achievement to head Google but it would be more important to invent it.

Second, as noted earlier, the scarcity of good institutions and other factors have contributed to healthy increases in the numbers of Indians heading abroad. Those who do not return, especially after obtaining post-graduate degrees, end up not contributing to India’s knowledge sector at all. Those who do return often face immense hardships. Even after they become part of the higher education sector, they are quite often forced to adapt to the ‘culture of mediocrity’ to survive and flourish. While there are success stories of foreign-trained Indian researchers making big and small contributions to the country’s knowledge sector, it is fair to admit that their contributions are still low and would have been more significant at institutions abroad.

Fifth: mediocrity in higher education erodes India’s soft power. Whereas hard power is derived from the military and economic might of nations, the sources of soft power lie in “the attractiveness of a country’s culture, political ideals, and policies.” Even China, long seen as a country determined to enhance its hard power above all else, is now committed to building its soft power. The status of a country’s higher education sector, in particular the number of its world-renowned institutions, contribute to this.

India has failed in this regard – in building good universities which are well-known internationally and attract students from across the world. In contrast, China is now among the leaders in terms of the number of internationals students it hosts (including more than 18,000 Indians). For how long can a nation claim to be a great power with a mediocre higher education sector? How can India keep saving face by references to its status as a leading centre of education in ancient times? Where are the modern Nalandas and Vikramshilas? That India’s mediocre higher education sector erodes its soft power is especially tragic for a civilisation that built and supported some of the greatest universities in the past.