The police arrested 89 students and six teachers, all on the basis of a single FIR lodged by a single person. 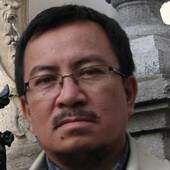 The Manipur University is no stranger to trouble, but today it is in a crisis unprecedented in its entire history of 38 years, since its founding in 1980 as a state university. The university became a central university only in 2005.

In what can only be described as a blitzkrieg, a little after midnight on September 20 or the wee hours of September 21, seemingly timed to ensure all newspapers of the day had all been put to bed, police and paramilitary forces entered the campus in convoys and raided the five boys hostels of the university, arresting 89 students and six teachers, all on the basis of a single FIR lodged by a single person, Professor K. Yugindro Singh.

The professor complained that he was manhandled and threatened by students and teachers of the university when he went to the campus to assume office as vice-chancellor-in-charge by virtue of his being appointed as pro-vice-chancellor by the controversial vice-chancellor, Professor Adya Prasad Pandey, who is currently suspended from service pending an inquiry into charges against him for serious derelictions of duty and responsibility.

Singh’s partisan stand in this tussle between a larger section of the Manipur University community and Pandey and his supporters is well known. His past as a man of his word is not something to envy either. Not too long ago, he was in a controversy for installing three telescopes belonging to the university at his residence, therefore restricting access to them only to his favourite students, on the claim that they were purchased out of money for a project he won for his department. Was this done with the permission of the university is a question which obviously may need some probing too.

Earlier on, in the 1990s, he was behind a media campaign to malign the university authorities for adopting a fast track merit promotion scheme for well-performing faculties, but when he became eligible for the promotion scheme, he quietly left the campaign and enrolled himself for the very scheme that he had once debunked as a tool for favouritism. The professor of physics also claims big achievements in astronomy, but do a Google search and the only praises he has ever visibly received are from Imphal newspapers, most of which are based on interviews of him. 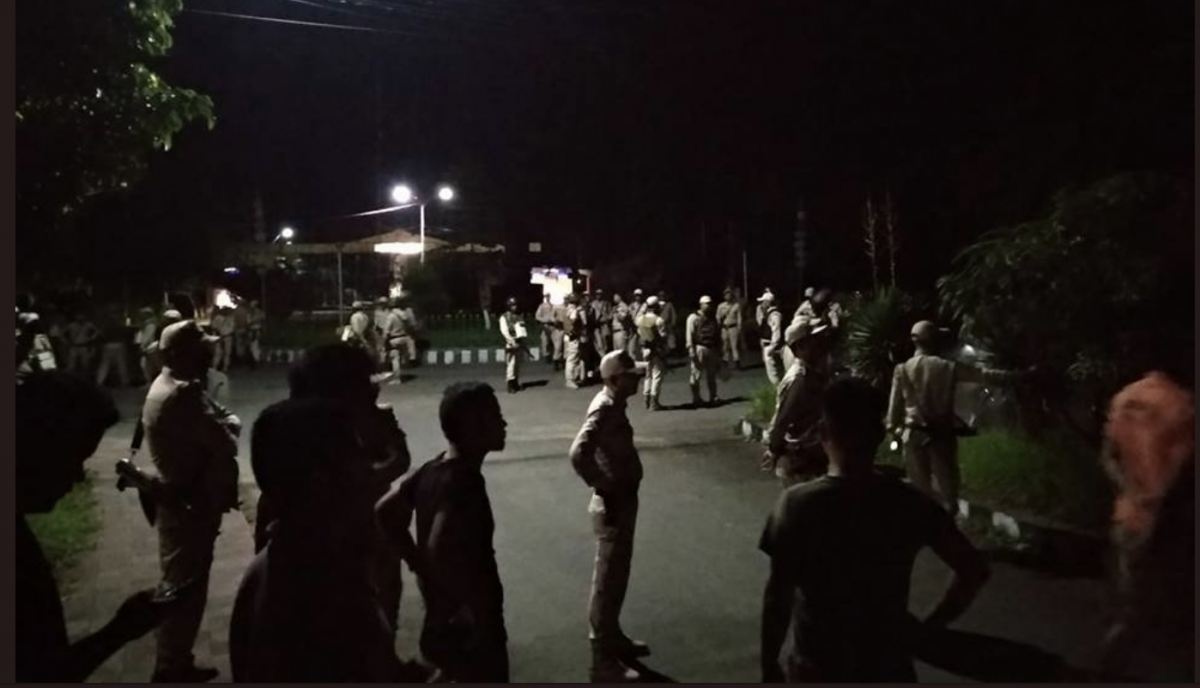 But leave aside the standing of the man in society or academics, the moot question is, why was the government so much in a hurry to make the midnight raid on the university on the very day the FIR was lodged? Were they under some pressure from their central command to be tough on the rebellious university, or is this another case of a servile government eagerly pursuing what they anticipate would please their masters? Is this government so much in awe of Pandey, who is reputed for his proximity to the power corridors in Delhi and the Rashtriya Swayamsevak Sangh? In fact, there have been many reports in the media, in particular one in The Statesman Kolkata, that Pandey had been selected precisely for a saffronising mission of the MU.

Would it then not have been judicious practice for the government to treat Singh’s – or anybody else’s – complaint with a measure of reasonable doubt, therefore importantly would it not have been prudent to make a preliminary probe to crosscheck and verify the allegations before swinging into the massive assault witnessed on September 20 night? There were so many witnesses of the event that Singh described as an assault on his person in his FIR, and moreover there is at least one audio recording of the exchanges between him and the students on that day at the administrative block of the university. Those who have heard this recording will vouch that though there were plenty of commotion on account of many students putting questions to him, there were no unparliamentary languages distinguishable. There were also some moderating voices appealing for order. Singh’s own voice was also heard on and off, indicating in a jovial tone he agreed with the students that it was the wrong time for him to stake claim to vice-chancellorship.

Other eyewitnesses admit that there were some waiting outside with a plate of eggs, and these were thrown at him as he left in his car, but nowhere were there any clubs and rocks in sight that the man claimed he was threatened with as he emerged from the administrative block.

On the other hand, is it a case of the government acting on its own intelligence that the Manipur University community was preparing to wage war on the nation, for indeed the response was befitting a war? Now that there are no reports of discovery of stockpiles of weapons, or rebel soldiers found in the campus, would the government resort to more tricks up their sleeves to mass frame the community or worse still, stage encounters of the kind they have become infamous for?

The gravity of the midnight raid did not sink in immediately but with the hindsight of even the few days that have gone by, it not difficult to see how horrifying and draconian it was. The government shut off mobile internet so that information or pictures from within the campus could not emerge outside; nobody including the media were not allowed in, nobody from inside the campus were allowed out. Reports say police and paramilitary vehicles are still stationed outside each of the boys’ hostels to ensure no resident slipped out. The entirety of the picture inside the campus hence is still fuzzy. Hopefully things will not get more serious than this.

But rest assured, as people get over the shock of the midnight raid and settle down to assess the disproportionate nature of the government retaliation, another storm will begin to gather. The only way the government can defuse this storm is by coming out with a very credible and convincing explanation for defiling the university the way they have.