Teachers protesting against this move also said two Dalit authors – Bama and Sukirtharini – were arbitrarily removed from the syllabus. 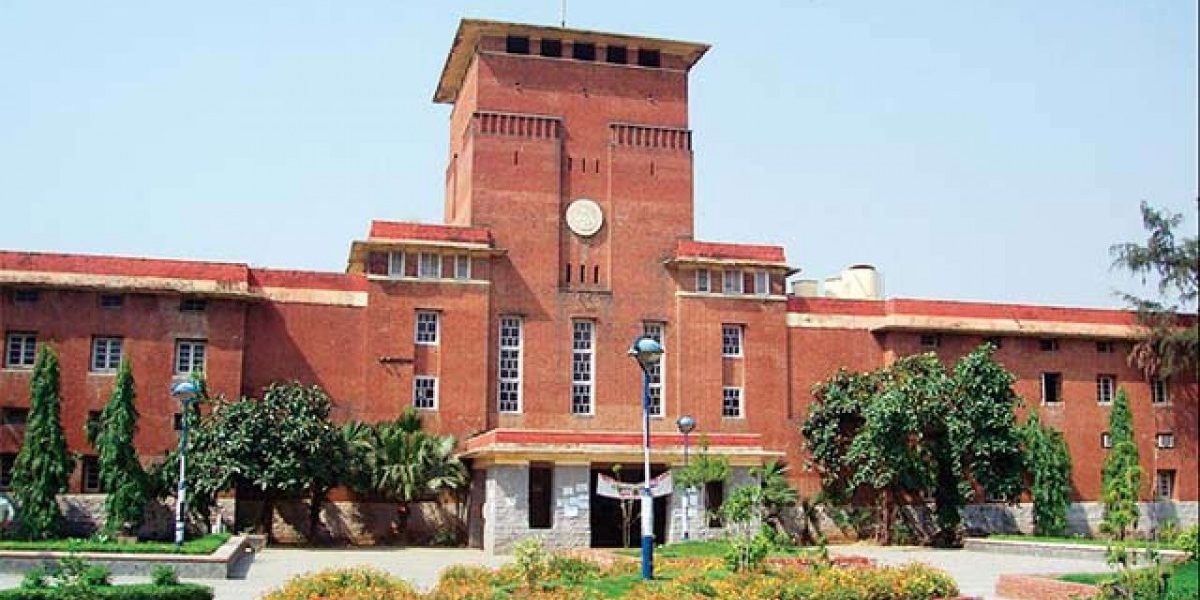 New Delhi: The Delhi University Academic Council on Tuesday dropped a celebrated short story by Mahasweta Devi from the BA (Hons) English course while approving changes in its syllabus. The council also approved the implementation of National Education Policy 2020 (NEP 2020), including the introduction of four-year undergraduate programme (FYUP), multiple entry-exit scheme (MEES) and academic bank of credits (ABC) from the next academic session i.e. 2022-23. It override a strong dissent from its members in its 12-hour long meeting on Tuesday.

The implementation of the NEP from 2022-23 has been approved by the Standing Committee on Academic Matters in its meeting on Monday. Some members said despite opposition from a section of the council, the syllabus of the fifth semester of BA (Hons) English and the New Education Policy was approved. The matter will now be discussed by the varsity Executive Council.

DU sources said at least 14 members of the Academic Council (AC) gave a dissent note on the changes in the syllabus of BA (Hons) English that dropped Mahasweta Devi’s short story. The Oversight Committee on courses had suggested some changes in the syllabus earlier which were opposed in the meeting. Mithuraaj Dhusiya, an AC member, said, “We strongly protest against the overreach of the Oversight Committee which arbitrarily changed texts in the new undergraduate Learning Outcomes based Curriculum Framework (LOCF) syllabi of the fifth semester, bypassing the statutory bodies like Faculties, Committee of Courses and Standing Committee.”

He said two Dalit authors – Bama and Sukirtharini – were arbitrarily removed. “Then, Mahasweta Devi’s ‘Draupadi’ – a story about a tribal woman was also removed. It is shocking to note that this Oversight Committee did not have any experts from the concerned departments whose syllabus was changed. There is no logic behind such removals,” he said.

He added that “no substantial discussion” was allowed in the Academic Council (AC) on the matter of four-year undergraduate programmes (FYUP) with multiple entry-exit scheme (MEES) or on other agenda items. “No voting was allowed and the elected members were asked to deposit dissent notes. This is subversion of statutory processes. Discussion in the Standing Committee, with 27 members, is not the same as discussion in the Academic Council with over 100 members. This shows that DU administration lacks confidence in the FYUP model and is avoiding addressing important issues,” he further added.

Out of 26 elected members, 16 dissented on the implementation of NEP – FYUP with MEES. In a dissent note on the National Education Policy, the members said the university has not asked for detailed feedback of the report of the NEP implementation from all stakeholders including members of all relevant statutory bodies. “Even though, DU uploaded the report on DU website on February 20 February 2021, it did not specifically ask for submission of feedback on this report”, the note read.

The artwork on the cover of the Draft National Education Policy. Source: Twitter/@mygovindia

“Standing Committee, and thereafter the Academic Council, must deliberate upon the recommendations of the NEP Implementation Committee along with feedback from stakeholders. The report must be sent for discussion to all statutory bodies, like the Committees of Courses, Staff Councils, Faculties, etc. before taking it to the Academic Council,” the note further added. It also stated that the fixing of the academic year 2022-23 as the year of implementation of NEP 2020 is “baseless”, as there needs to be a detailed discussion and wider consultation first on NEP 2020 among all stakeholders.

“The implementation of NEP 2020 will see a massive reduction of the current workload. It is clearly stated that multiple entry and exit scheme (MEES) and academic bank of credit (ABC) will be implemented in DU in such a manner that only core course will be left untouched and students can earn credits for all other (non-core courses) from other universities,” it said.

It is stated that students who exit at the end of the first year after successful completion of academic requirements will be awarded with a certificate and those exiting at the end of the second year will be awarded with Diploma.
“The relevance of such awards on the job prospects of a student remains unclear. This is an extremely ill-prepared structure which if implemented, can actually end up damaging the career progression of generations of students to come,” it read.

The note also cited how the four-year undergraduate programme was introduced in 2013 but was withdrawn in 2014 after huge protests. Students had rejected the FYUP mainly because of the additional expenditure for the fourth year, it said. A survey carried out amongst students in 2013 showed that they were spending closed to Rs 1.5 to 2 lakh per year for staying in Delhi to receive education, it added. “Students also rejected the FYUP because of the severe dilution of the first two years of the course. The new model falls into the same trap by offering inconsequential courses in the first two semesters,” it read.

The multiple entry and exit options scheme (MEES) along with the burden of extra expenditure will encourage dropouts. This will hit women students as well as others from marginalised and underprivileged sections, it said.
“The addition of the fourth year will put additional burden on infrastructure in terms of classrooms, labs, etc. Most colleges do not have any space or scope for further expansion. Neither is there any promise of additional grants for creating infrastructure nor has any study been done of the current state in the institution,” it said.