The MHRD has sent out a list of guidelines to all universities on how to celebrate Independence Day, including fancy dress competitions, a 'freedom run', singing patriotic songs, early morning walks and more. 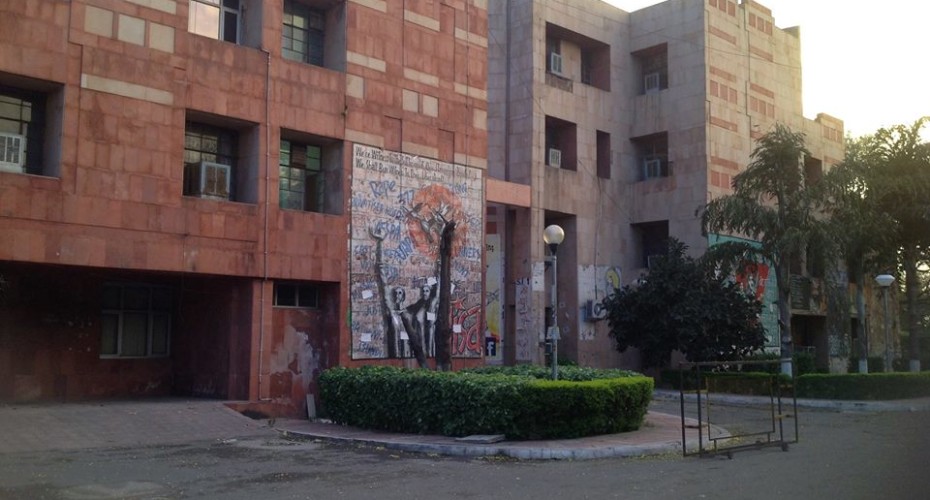 New Delhi: The Jawaharlal Nehru University (JNU) has decided to host a wide range of ‘patriotic’ and ‘nationalist’ activities to celebrate Independence Day in the wake of directives from the ministry of human resource development (MHRD), The Indian Express reported.

The ministry, as well as the University Grants Commission, have issued a list of guidelines to all universities on how to celebrate the country’s 70th year of independence, including fancy dress competitions, a ‘freedom run’, singing patriotic songs, early morning walks and more.

“As per the advice received from MHRD and UGC, we are organising these activities for the first time… these will culminate in the mass recitation of the national anthem by all students at 11 am on August 23,” Indian Express quoted dean of students Rana P. Singh as saying. The administration has organised a variety of events to celebrate ‘Freedom Fortnight’ as laid out in the guidelines.

On Independence Day, the university will organise a freedom run and a flag-hoisting ceremony.

Earlier this year, the BJP government at the Centre and sections of the media accused a large number of students of being ‘anti-national’ after an event about Afzal Guru. Students’ union president Kanhaiya Kumar as well as two other students, Umar Khalid and Anirban Bhattacharya, were arrested on charges of sedition and later released on bail. Five other students are also facing sedition charges.

A song has been released for the occasion.

Schools have also received directives on how to celebrate Independence Day this year as a part of this campaign. Besides the compulsory mass singing of the national anthem on August 23, the guidelines recommend that the programmes continue from August 9 to 23, including activities like the option of sending greeting cards to jawans posted at the border and a patriotic song singing competitions.

According to the Indian Express report, the MHRD and UGC have also asked schools and universities to submit reports on their ‘Freedom Fortnight’ celebrations.

This isn’t the first time that universities have issued directives meant to ‘instil nationalism’ and faith in the government.

In February this year, while the University of Hyderabad (after the suicide of Rohith Vemula) and JNU were witnessing large-scale student protests after students in both universities were accused on ‘anti-nationalism’, then HRD minister Smriti Irani decreed that all central universities must hoist a 207 foot national flag on campus. Unsurprisingly at the time, JNU was the first university where this was implemented. This move was seen as an attempt to counter the months of protests seen at various universities across the country. Speaking to The Indian Express, JNU vice-chancellor M. Jagadesh Kumar had said at the time, “It is a matter of pride for JNU to install the national flag on our campus. We will identify a suitable place and work on it.”

Former Jammu and Kashmir chief minister Omar Abdullah was one of the several people unimpressed by this decision. He tweeted, “If hoisting the flag was all it took to address feelings of alienation, problems of Kashmir & North East would have been solved decades ago.”

The government has also tried other means to spread their influence directly onto students. On Teacher’s Day for the last two years, Modi has addressed school children across the country in a live telecast. In 2014, the first year this was done, questions were raised from several corners on the government’s motives. The prime minister and his regime were also accused of forcing schools and students to attend the live telecast, portraying the event as compulsory.

The 2014 directive stated, “All heads of schools of government, government-aided, unaided (and) MCDs (corporations) shall make arrangement to assemble the children in order from 2:30 pm to 4:45 pm on that day so that children (can) view the Prime Minister’s address.”

Similarly, on teacher’s day in 2015, the HRD ministry issued a directive to all schools asking them to make adequate arrangements for the live telecast, stating that it would review the number and specificities of the schools and students who attended the telecast. However, it did not explicitly state that attending or broadcasting the speech was compulsory.