The teachers' association surveyed 75 premier global institutions, finding the regulation to be "antithetical to the idea of a University". 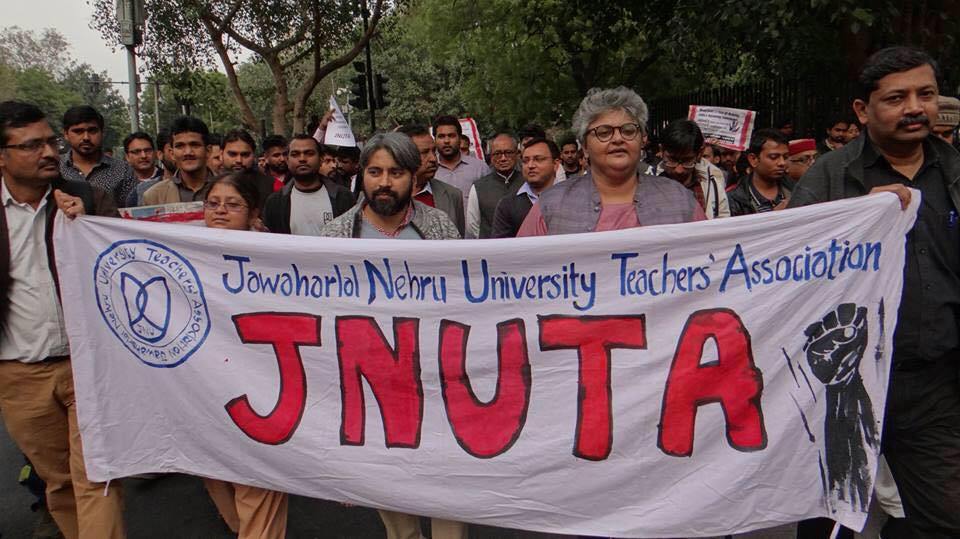 A report released by the Jawaharlal Nehru University Teachers’ Association (JNUTA) found that the administration’s directive for faculty members to mark their attendance daily will restrict academic freedom and will “lead to the destruction of research”.

The JNUTA, released a report on January 4, 2019, attacked the administration’s decision. It revealed that except for one university in Malaysia, such a rule does not exist in 75 premier and highly ranked universities abroad. It stated that university professors from different countries unequivocally “expressed shock and outrage at the new attendance policy instituted by the JNU administration.”

The administration made it mandatory for the faculty to mark daily attendance on July 13, 2018 at the 146th Academic Council meeting. The JNUTA said that it was forcefully imposed “without any consultation in the statutory bodies of the University”.

The JNUTA wrote several letters to the administration seeking why the decision was taken, but got no response. On December 2, 2018, the JNUTA observed a day-long hunger strike against the move, but the administration declined their request and instead decided to link the faculty’s attendance with the disbursal of their salary.

After several failed attempts, the teachers’ association decided to conduct a survey of 75 universities in 21 countries, only to find that it is not a global practice and is “antithetical to the idea of a University”.

The survey covered 32 European universities, 27 from the USA and Canada and 16 from other countries. Out of these, only the University of Malay, Kuala Lumpur (Malaysia) has compulsory daily attendance for its faculty. The JNUTA spoke with professors from different universities abroad, who called the new attendance policy a means to “establish a regime of surveillance” which will eventually lead to “total destruction of research”.

The JNUTA claimed the directive will lead to the destruction of research. Credit: Wikimedia Commons

The introduction of daily attendance has been dubbed as a method to improve academic accountability in the unviersity, but the survey found it as a mechanism to exercise surveillance in the university and “further degrade the quality of research and teaching”.

The report quoted Barbara Harriss-White (formerly at Oxford University) as saying, “The academic has a professional vocation. My understanding of the definition of a profession is the self-governing practice of complex skills. To be under such surveillance is anathema to the academic profession.”

Also Read: I Was Forced to Quit JNU After Being Denied Salary for Ten Months

Similarly, professor John Harriss at Simon Fraser University, Canada said, “What counts is that faculty members teach their classes and do their research, and most academicians monitor themselves in relation to high professional standards. What counts for students is that they should do their work – complete their assignments/experiments/other assessed activities – satisfactorily. Absolutely no need for recording attendance except for purposes of surveillance.”

Prof Ha-Joon Chang, from the University of Canada, also decried the policy, saying South Korean universities, even under military dictatorship, did not have such laws. She added, “India’s certainly leapfrogging ahead of the technologically more advanced countries in building a surveillance society.”

However, many scholars and professors have supported the new attendance policy. Amita Singh of Centre for Study of Law and Governance told the Times of India, “The decision would bring greater accountability on part of the teachers as many of them do not attend offices and are busy with other work.”

The JNUTA’s report, on the contrary, states that academic work is not restricted to university spaces and entails field visits, surveys and international exposure.

Professor Javed Majeed, from King’s College, told the survey, “Since research and teaching are the core activities in academe and the work for these are done to a very large extent in libraries and elsewhere, marking daily attendance at an institution actually undermines these key activities. It will impact negatively on the quality of research and teaching, and therefore also negatively on students.”

Jens Lerche, from SOAS, London, told the JNUTA that the attendance policy is “a grave attack on academic freedom; and an appalling and counterproductive move. Unless, of course, the idea is to dispense with academic freedom and ultimately with the academics.”

Furthermore, professor Mukulika Banerjee from the London School of Economics said, “Marking attendance may satisfy marking the physical presence of faculty members, but it doesn’t ensure high quality teaching or esteem of the university. In my university (LSE) it is routine for faculty members to be present on campus only about 3 days in a week and only during teaching terms. And even this is entirely flexible, as long as all teaching duties are fulfilled.” 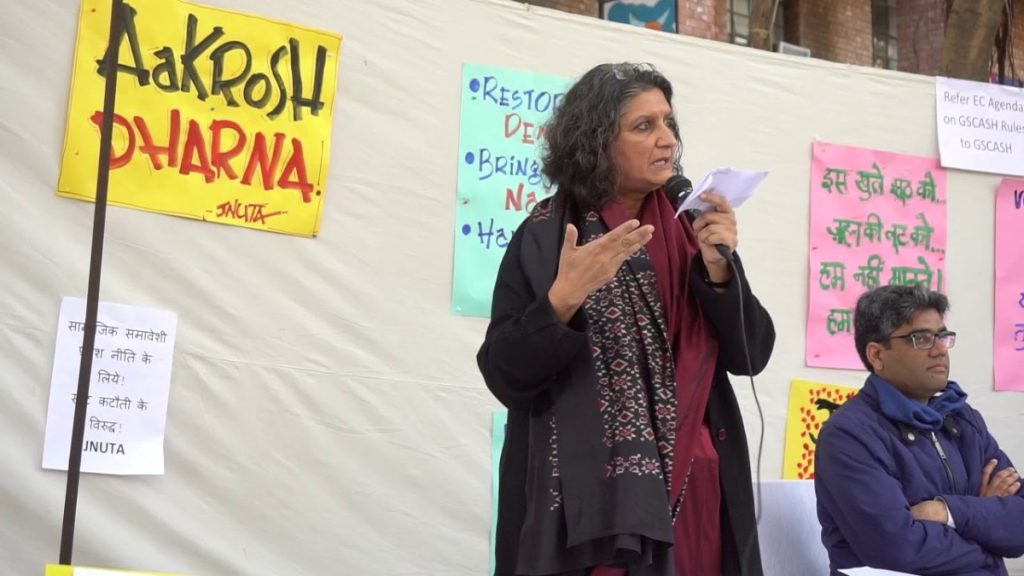 The JNU administration plans to introduce a biometric system for marking daily attendance. it claims the system is only to ensure security, not to limit academic freedom.

The JNUTA report says in the University of the Witwatersrand in South Africa, the biometric system is used “due to fact of rising violence of campus” and “not to limit academic freedom”.

Michelle Williams, a professor from the university, said the system is not for academic purposes. She states, “The justification for the security upgrade [biometrics] was a rise in crime on campus despite our access control system. Many people criticised the installation of biometric and argued that it could be used to monitor and control academics, but it has not been used for this purpose and we’ve been assured it will not be.”

Furthermore, the biometric system entails monitoring costs and other associated finances. This, the JNUTA claims, explains the administration’s alleged cutting down on academic expenditure.

The JNU administration’s decision to impose daily attendance through a biometric system will likely restrict the faculty members to the university spaces, having an adverse effect on the students and the overall stature of one of India’s highly-ranked universities.