The Hindutva Project to 'Purify' Campuses Is Underway

The ‘asuras’ who organise beef festivals on various campuses and the much-maligned JNU ‘tukde-tukde’ gang celebrating Mahisasur Jayanti need to be taught a lesson, according to some.

JNU students during a protest march towards Parliament, on the first day of the Winter Session, in New Delhi, on November 18, 2019. Photo: PTI/Ravi Choudhary 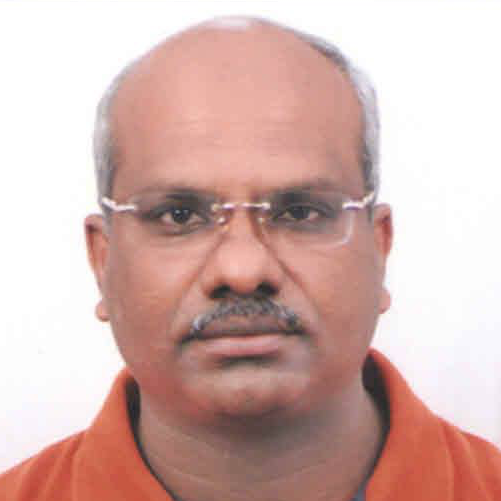 Now that the Hindutva state is upon us in all but name, the powers that be are complacent and believe that they can put up their feet up and relax. After all, they have the required numbers in Parliament to enforce any legal measure in a ‘democratic’ manner.

However, much to their chagrin, scores of students descended onto the streets of the capital. JNU students hold Delhi to ransom – screamed a news bulletin. Another channel enquired of a JNU student as to why they were all activists to which the student responded that he only focused on his studies but now felt that unless he raised his voice, he would have to leave the campus as the fee hike would become unaffordable. The scorn and derision against the term ‘activist’ was clearly evident.

Ever since India embraced economic liberalisation, the process of rolling back measures for public welfare has been in full swing. The first to bear the brunt was education policy. As it is, state spending on education was meagre in comparison to defence and other services but the progression of privatisation accelerated the pace. In the process, only techno-managerial education was valued and both the humanities and social sciences were considered worthless and only the ‘undeserving’ students opt for such courses.

Gradually, the emergence of private universities queered the pitch for the marginalised Dalits, minorities and women to access such resources as they were priced beyond the reach of the common person. The only option for these sections was and remains publicly funded universities. For the caste-ridden Indian society, access to education was the only way to ensure upward social mobility and a chance to lead a meaningful life.

Aristotle measured the richness of human life by the freedom to engage in meaningful activity. He believed that the lack of liberty to act in self-chosen ways impoverished life. Similarly, Amartya Sen argued that being excluded from social relations limits our life opportunities, thus producing not only capability deprivation, but also diverse capability failures.

One important aspect of such exclusion is that it seems to unite the perpetrators at the same time that it isolates the victims. While the “excluders” produce exclusion by collectively expropriating public spaces and refusing to share social opportunities, the excluded experience exclusion as individuals and personal failures – as the inability to participate freely and fully in the social life of the community. For many first-generation Dalit Bahujan students, university campuses thus present a window of opportunity to demolish the monocultures of the mind, as such spaces provide them with voice, agency and self-awareness to fight for justice.

The mutating figure of a student

For ages, the ‘ideal’ student was imagined as male, sober, obedient, sitting docilely at the guru’s feet. The contemporary model student is a high-tech guy lugging a laptop, (a few females have joined the fraternity) well dressed in modern attire, exemplifying a futuristic country. He inhabits the perfect universe akin to Bollywood’s version of an idyllic Indian family under the benevolent paterfamilias. There were people who questioned such skewed utopias, a few ‘jholawalas’ who were coerced into silence by a state keen on pursuing a neo-liberal development agenda.

However, a silent revolution was simmering underneath the calm of the surface. The first generation of the Dalit Bahujans who gatecrashed into the gurukuls, gradually, with the benefit of affirmative action, began to critically engage with the structures of oppression.

After the Mandal Commission was implemented, the profile of public educational institutions reflected the changing social dynamics. Classrooms echoed with more diversity and their engagements with pedagogical praxis have threatened savarna privileges. Campuses have become more restive and the state has to frequently resort to force to maintain the status quo.

The well-knit and smoothly functioning archetype of the ‘parivar’ has been rudely jolted. Rohith Vemula penning a note about his astronomical dreams and philosophising about equality, girl students in BHU protesting against arbitrary hostel rules, Delhi University girls demonstrating to literally break the pinjra or cage, JNU, TISS, FTII in ferment – all these are reflections of Kaliyuga. The ‘asuras’ who organise beef festivals on various campuses, the much-maligned JNU ‘tukde-tukde’ gang celebrating Mahisasur Jayanti – all need to be taught a lesson. 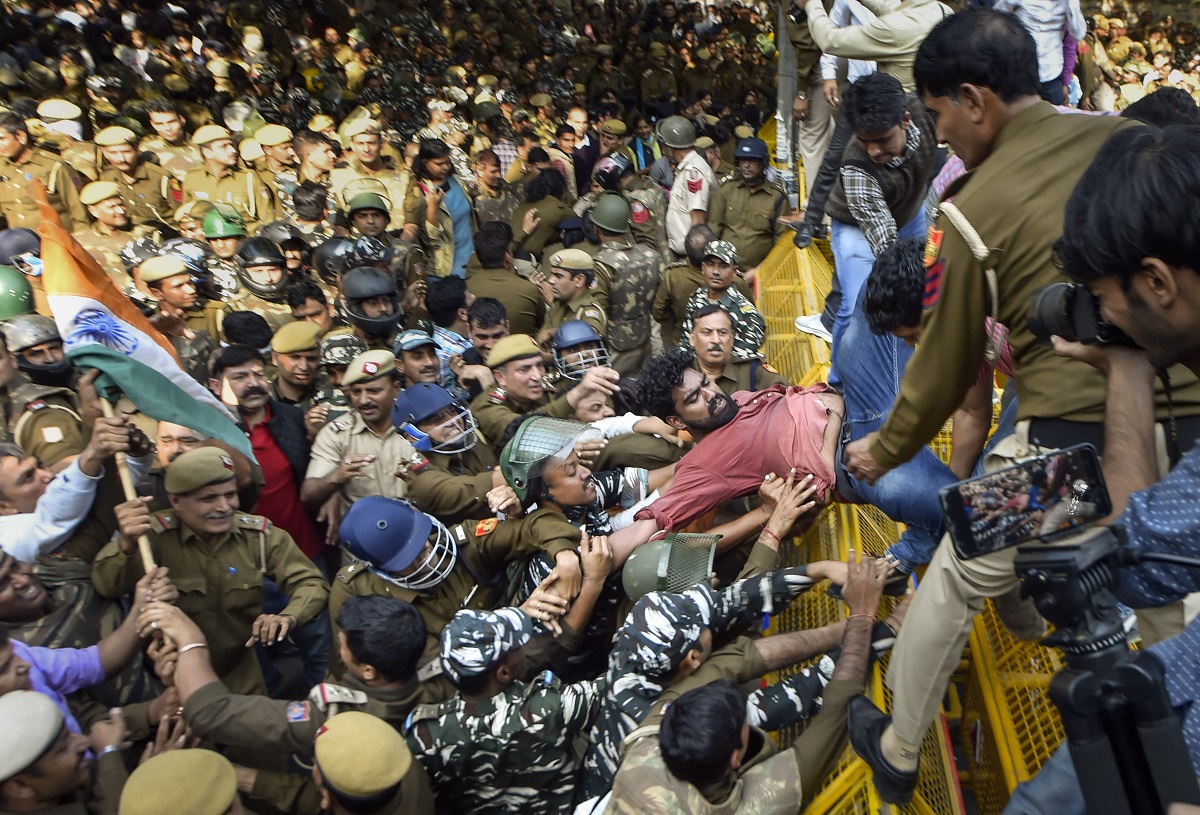 In the Brahmanical ethos, space polluted by the mlecchas needs to be ceremoniously purified. This needs to be accomplished with minimum violence and with maximum effect. Any gesture of protest is viewed within the prism of nationalism which justifies brutal suppression. When student groups in HCU organised a protest against the verdict in Yakub Memon’s case, it was dubbed as anti-national and whatever happened to Rohith Vemula and his friends was well deserved.

Similarly, even though the investigation has not unearthed anything anti-national against Kanhaiya and Khalid, they have been eternally vilified in the court of public opinion. This strategy has polarised the general public and gradually persuaded them into acquiescing to the actions of the state. The crackdown on students by the police and paramilitary, the imposition of section 144    around JNU is acceptable and legitimate in the public eye.

The vice chancellor of Vishwabharti demanded paramilitary security for the university. Delhi Police treated the lawyers’ protest with kid gloves and turned the full face of its coercive power against students. The protests against the fee hike are seen as ludicrous and a pliant media portrays the students as freeloaders, who are wasting public funds for ‘anti-national’ activities. Such students do not wish to create a ‘world-class university’ and instead spend time in ‘activism’.

Ironically, an internal campus matter regarding fee hikes was ‘allowed’ to snowball into a controversy undermining ‘the nation’ and a rattled state shuts down metro stations in the name of security. It is ironic that the state and its minions in the administration of JNU are unaware of the social and economic profiles of the students.

The handpicked vice chancellors of JNU, HCU, FTII etc are willfully promoting the agenda of their political masters. The university is a microcosm of the larger society and measures like deprivation points have enabled students from poorer backgrounds regardless of caste, class and gender to access education in the nation’s capital and enrich the campus.

Watch | JNU Fee Hike Row: Why Shouldn’t Education Be Subsidised For All?

For many of us, it was the first brush with the ideologies of feminism, anti-caste radical politics, debates and the gradual acceptance of myriad voices. Such intermingling helped sensitise generations of students to wider questions of inequality, justice, discrimination which are now an anathema for the ruling elite.

The deprivation points were the first to go, then the slandering of students who are politically active and now the fee hike. All this to create a utopian meritocracy. Such measures will effectively finish off reservations.

The template is well laid out to gain legitimacy and widespread public acceptance. Sundry godmen join the debate. Sri Sri Ravi Shankar pointed out that government schools are breeding grounds for Naxals. Baba Ramdev in an interview with Republic TV condemned intellectual terrorism and singled out followers of Periyar and Ambedkar as working against the nation’s interests.

Such public discourses disseminated by the ‘godi media’ has succeeded in demonising students, ideologies and institutions. This fits well into the marketising of the New Education Policy with its promise of Skill India and Make in India. Gradually, the idea of social justice will disappear with the erosion of public universities.

Instead, institutions like Jio University which have attained the status of eminence despite only existing on paper will manufacture docile ‘deshbhakts’ who will uphold the agenda of cultural nationalism. None of this is a secret. That is why the Ambedkarite slogan of ‘educate, organise and agitate’ is resonating across campuses as students fight back.