"We have to use freedom of expression and use nationalism and internationalism as tools, otherwise the teaching of political science will get affected," the professor said. 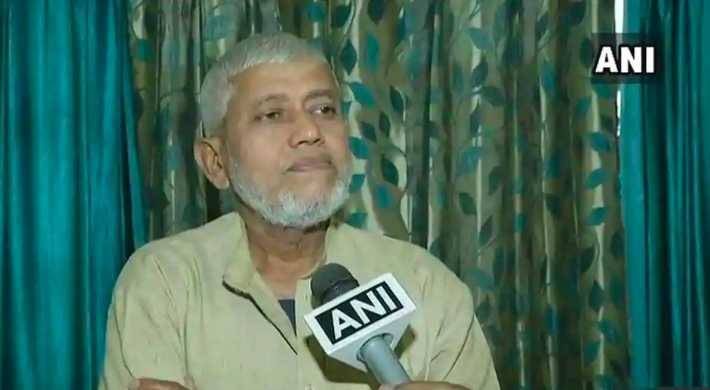 Jammu: A 24-second video clip of a class lecture circulated without context has prompted Jammu University to order an inquiry into a professor of political science and ask him not to teach students for the time being.

Mohammed Tajuddin was teaching a class on Lenin and political violence in Czarist Russia and was making the larger point about how the use of violence by revolutionaries like Bhagat Singh – a key figure in the Indian freedom struggle who was hanged by the British in 1931 – turned them into terrorists in the eyes of the authorities.

Tajuddin, who has been a professor of political science at Jammu university for 16 years, has been “disassociated” from teaching in the university after some students filed a complaint against him for his classroom remarks, made on November 29. An inquiry committee has been constituted and asked to submit its report within seven days.

“No one reacted or responded to [what I said] during class. But if someone’s sentiments got hurt then I apologise. We have to use freedom of expression and use nationalism and internationalism as tools, otherwise, the teaching of political science will get affected,” said Tajuddin.

The atmosphere at his house is one of fear. He refuses to step out and his wife opens the door, asking what the matter is and why he needs to be contacted. He is reluctant to speak to the media and is fearful of being assaulted by mobs.

“We are living in 2018, after independence and so his terminology of calling Bhagat Singh a terrorist is wrong. Why couldn’t he have used the term militant and clarified the context? He should be giving examples from Kashmir where terrorists gun down journalists like Shujaat Bukhari,” said ABVP state secretary Deepak Gupta.

He also said, “This is not the first time he has made those remarks. Students have approached him and asked him to use examples which won’t hurt the sentiments of the students studying here. We want him to be removed from the university.”

Many of Tajuddin’s students disagreed.

“It was a normal academic discussion but it has been made into a big deal. It is quite scary that one cannot even have an open discussion in classrooms anymore. Even the recording was made because most of the students record videos for recollection afterwards. We did not know it would be blown so much out of proportion,” said Shravan Singh, a student of political science at the university.

Nadeem, another student, said: “We are students of political science and as such things have to be understood with the context in which it is said. He didn’t make a remark out of context or say anything demeaning. He was just putting things in a different perspective – that to the state he was a terrorist and to us he is a freedom fighter and a hero.”

Haroon Rather said, “We stand with professor Tajuddin and suspending him or removing him for an example given in class which was taken out of context is not justified. The entire discussion cannot be judged on the basis of the 24-second video that is out there.”

Madima, a student of political science, said, “Classrooms are spaces for free expressions. He was talking about Lenin’s brother and then explaining it in India’s context using Bhagat Singh as an example. This shouldn’t cause so much hue and cry from the media and from the students because no one said anything during class or stopped him. Why make it into such a big deal now?”

Meenakshi Killam, the registrar of Jammu University said, “He has not been suspended but disassociated from teaching for now. We have received a complaint against him and the inquiry is going on. The decision will only be taken after the committee files its report.”

Pallavi Sareen is a freelance journalist working in Jammu and Kashmir who writes for Kashmir Times and Kashmir Life. She can be contacted at pallavisareen99@gmail.com.