The university, which saw a brutal police attack on its campus in December last year, was also recognised as one of the top ten universities in the country. 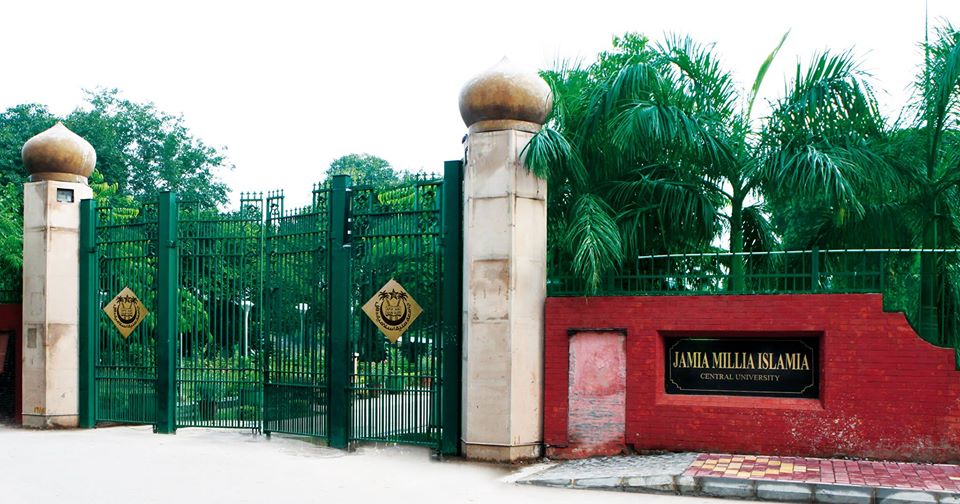 New Delhi: After being recognised as one of the top ten universities in the country, Jamia Millia Islamia has added another feather to its cap. Thirty students who had received training at Jamia’s Residential Coaching Academy have cleared the UPSC Civil Services Exam. Out of the total, 25 successful candidates had been residing in RCA and five received training as part of the mock interview programme offered by the academy.

26-year-old Ruchi Bindal, a student of Jamia RCA, has secured rank 39 in her fifth attempt. Her voice ringing with excitement, she tells The Wire about her struggle and the years she put in to achieve her dream. “In the initial three attempts, I could not even clear the prelims. In the fourth attempt, I wrote the mains but could not clear them. In my fifth attempt, I cleared my prelims and then joined Jamia RCA for coaching for the main exam.”

A resident of Makrana in Rajashthan, Ruchi’s family moved to Delhi eight years ago so she and her younger sibling could pursue higher education. “I have done my schooling from Sophia, Ajmer. I graduated from Lady Shri Ram College in 2014 and then completed my masters in conflict analysis and peace building from Jamia Millia Islamia,” she says.

As an alumnus of Jamia and a student of conflict studies, Ruchi has already learnt to stay away from contentious issues. When asked about her response to the anti-Citizenship (Amendment) Act (CAA) protest on campus and the police crackdown on students she says, “It is too controversial to comment on. Violence is something that no one should resort to. Everything can be resolved through dialogue.”

The daughter of a marble businessman, Ruchi is the first person from her family to clear the civil services exam. She says her parents were speechless after finding out her result and then burst into tears and cried for almost half an hour. “It has been an extremely emotional time for my family. My interview was initially scheduled for March 25 but it got postponed to July because of the lockdown. I was very nervous then. My grandfather had passed away on March 17 and he had been a crucial part of my journey. I want to dedicate this achievement to my grandfather,” she says. 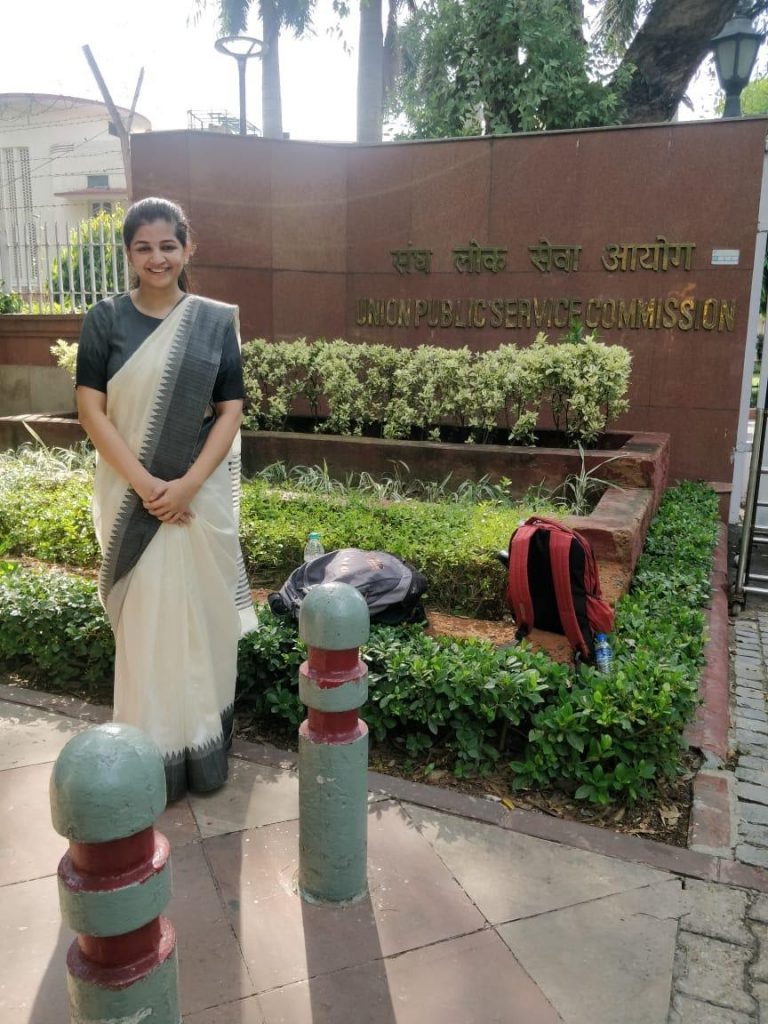 23-year-old Nadia Beg, a resident of Kupwara in Jammu and Kashmir, secured rank 350. Amidst a constant flurry of guests and relatives pouring in to congratulate her and her family, Nadia told The Wire that she too is the first one from her family to have cleared the UPSC exam. She says that she chose to stay at Jamia Millia Islamia’s Residential Coaching Academy because of its reputation. Another factor that pushed her to move to Delhi to prepare for the exam were the frequent Internet shutdowns in the Valley.

It’s quite comforting to see young women & men excelling in challenging endeavours in our culture of competition and meritocracy. Congratulations Nadia & all youngesters who made it to Civil Services this year. Jai Hind 🇮🇳 pic.twitter.com/7tCypMC4Rt

The mood in Nadia’s house on August 5 this year is joyful, but last year, the scene was quite different. “I was in Delhi when the decision was announced. Internet and phone services in Kashmir were shut down. I could not speak to my parents for almost a month. There was no way to establish contact. Finally, when public telephone booths were set up, I was able to speak to them. My parents had to travel more than ten kilometres to make the phone call,” she recounts.

An economics graduate from Jamia, Nadia says clearing the UPSC is a dream come true. Unlike her parents, who are both teachers at the Government Middle School in Kupwara, Nadia always wanted to be a civil servant. When asked whether her identity as a Muslim woman from Kashmir and an alumnus of Jamia Millia Islamia helped shape her career choice she says, “I do not think my identity has anything to do with the exam. This is an exam where you are judged on merit and it does not matter who you are and where you come from.”

Unlike Nadia, 25-year-old Asif Yousuf Tantray from Hablishi village in Kulgam in South Kashmir is a little more forthcoming about the challenges faced by the people of his erstwhile state.

“In order to change what is happening, we need to be a part of the system. It is really important that we as youngsters come out and represent our society on a large scale so the perception around us changes. We have seen people from Kashmir not being treated at par with people from other states in India. They need to know what we are a part of this country,” he said.

Tantray adds that the government has to work to win the hearts of people of Kashmir. “By becoming a part of the administration, we can be part of the change. In a democracy, everyone has the right to say anything. The Indian constitution guarantees us the right to free speech. Freedom of expression is built into our constitution. Similarly, Article 370 was part of the Constitution of India. What the government did was a political decision. What has to be done now is reconciliation, and political and administrative engagement is key,” he says.

Also Read: A Year After Abrogation of Article 370 and 35A, the Outcomes Are Barely Understood

Tantray secured the 328th rank, but he is not too happy with his score. “I am most likely to get Group A service. I want an administrative post. Let us see what service I get. Depending on that, I will decide whether to go for rank improvement or not,” he said. 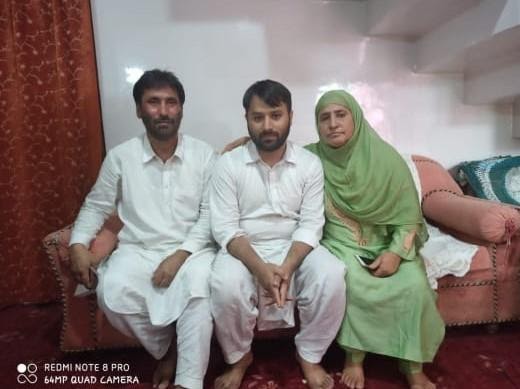 An engineering graduate from Lovely Professional University in Jalandhar, Tantray spent two years preparing for the civil services exam with the Atiya Foundation. “It is an NGO based organisation. I am very grateful to Sahil Khan, who runs the place. I was there for almost two years and did not have to spend anything,” the youngster says. After clearing the written exam, Tantray enrolled in Jamia’s Residential Coaching Academy for the mock interview programme.

Like Nadia, Tantray too was in Delhi when the Union government announced its decision to dilute Article 370 and was unable to contact his family for weeks. “I was preparing for the mains when the decision was announced. There was a complete communication shutdown. I couldn’t contact my parents until the mains. My father knew the dates of my exam and the timings. So after my exam, he used to travel 25 kilometres to a PCO to dial my number and check on me. It was an emotional ride,” he says.

‘Proud of our students’

Tanveer Zafar, a retired IAS officer who is the director of Jamia’s Residential Coaching Academy, says, “I am proud of the performance of our students. Many of them have overcome tough socio-economic challenges and proven their mettle.”

It has been a tough nine months for Jamia, which witnessed a brutal police attack on its campus in December last year, followed by a concerted right-wing campaign to tarnish its reputation. These results have once again underlined Jamia’s status as a centre for academic excellence and sound professional training. Faculty members and students at the university do not care about the ‘anti-national’ tag that the right-wing has attempted to paint it with and say that the performance of the students speaks for itself.

Last year, RCA’s Junaid Ahmad had bagged the third spot in the UPSC civil services exam. Since its inception in 2010, the academy has produced 230 civil servants, including many IAS, IFS and IPS officers. More than 285 students from RCA have also been selected in other Central and state services.