How the American Dream Drives Indian Students Towards Shady US Universities

US policies are really invested in bringing in international students but not retaining international employees – and American colleges capitalise on this in any way they can. 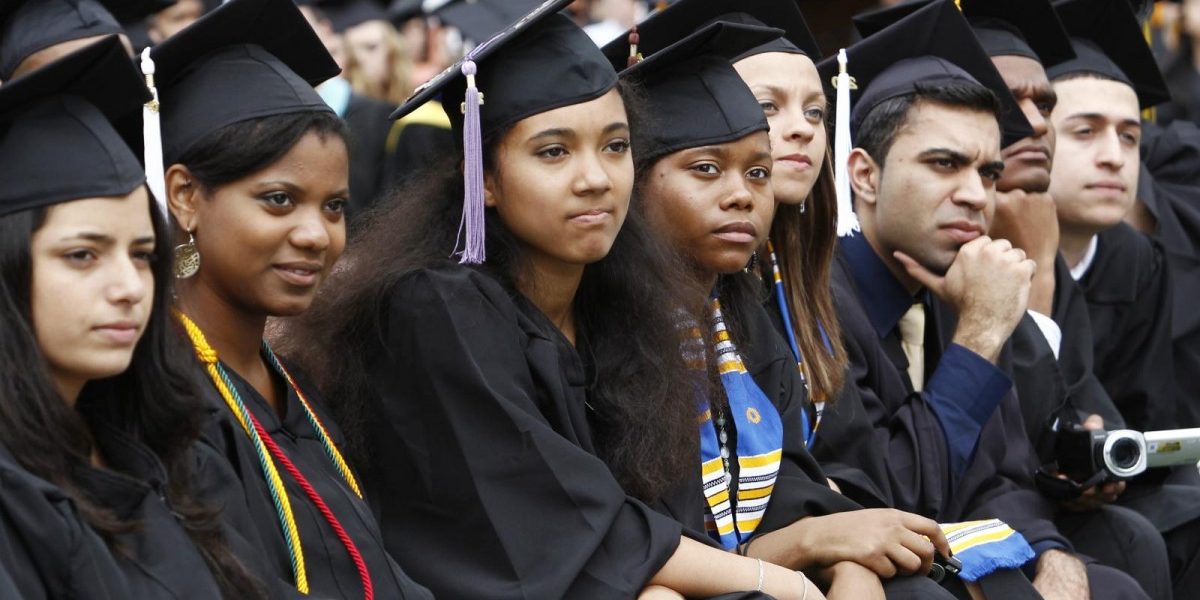 Immigration and Customs Enforcement (ICE) in the US is currently detaining 129 Indian students for participating in a “pay to stay” scheme. The students were all enrolled in a university that didn’t have classes, professors or a curriculum of any kind. So, they were on student visas but had enough time to work full time in the country.

The “college” – University of Farmington – was a fake one, actually being run by ICE agents who hired recruiters, set up a website and even went to the trouble of having their fake college included in the list of officially accredited institutions in the US.

The Indians in question are accused of knowingly committing visa fraud, but the country’s government has defended them saying they got caught in a scam.

Depending on the interpretation, the Indians were either knowingly gaming the system and deserved what they got or they should have known this whole college deal was too good to be above board.

But being an international student in the US is much more complicated than that.

Schemes like the one ICE ran are not unheard of, in fact, far from it. But the line between legal and not can be hard to identify – especially when universities themselves are finding loopholes in the system to woo international students with deep pockets (or, at the very least, the willingness to ‘pay to stay’).

One woman, who is currently enrolled in a similar programme at an accredited university, said she first started hearing about these options just as her undergraduate student visa  – from a proper university – was coming to an end.

As she and her classmates applied to jobs during their final year, she kept missing out on opportunities. “I lost four amazing jobs (being told they really want me but without sponsorship),” she said over WhatsApp.

She was, in a way, lucky to have been rejected right away. In many cases, employers hire international students promising to sponsor their work visa when the time comes – usually a year in – but then back out at the last minute, leaving people with mere months, if not weeks, to figure out their next step.

One of the reasons for this is that sponsoring a work visa is an expensive, tedious process that’s usually too costly for small to medium employers to afford – especially for entry-level employees.

Knowing all this, she knew she’d have to go back to school if she wanted to stay in the country, and it was around then that an Indian acquaintance told her about the university she is currently at. Asking around about this newfound option, she quickly realised that a relative, now settled in the US with her husband, had done the same nearly a decade ago.

What sealed the deal was the 40-hour work option.

She is currently working at one of her dream firms, completing coursework in the evenings and commuting to campus once a month for the required physical attendance.

But it’s not always rosy. Despite the assurance that she’s on the right side of the law, stress about her visa status is a regular part of her life. “Don’t get me wrong, there are many days I break down in tears when something visa-related comes up,” she said. “If somehow I mess up in my university, my visa will get cancelled in a second and my job will be terminated.”

The university in question too seems to keep a tight check on students, because the slightest mistake would reveal the fine line it’s been treading.

Despite multiple assurances that this is a legal programme, she doesn’t want to share names or other identifying details, implying that there’s an ever-present fear that this may not be harmless in the US government’s eyes.

Things are even harder on the illegal end of the spectrum. In those cases, international ‘students’ get clumped together into a house and, staying in the country on a student visa, spend their days applying to jobs until they finally get one. Then, in some cases, the visa-bestowing university can even ask for a percentage of your salary – after all, you got it with their help.

There are a lot of explicit and implicit pressures that compel people to look for such options. Foremost is the still-prevalent cultural pressure to not return once you have gone to the US. The ‘American dream’ may be losing its appeal and Indian students may be rushing to Australia and Germany instead, but the pressure on those studying in the US to “make it” isn’t going away.

In fact, in one case, a student told me that her immigration lawyer actually encouraged her to enroll in such a programme after she failed to get a work visa.

She didn’t dismiss the option right away. This was fairly common in her circle, and staying would allow her to pursue the professional goals that had prompted her to study in the US in the first place.

But eventually, the high cost of the programme coupled with the difficulties of living in the US (“the healthcare system is awful”) meant that moving back to India was a better option.

Another potential complication is that even if you get sponsored for a work visa, if you’re Indian, there’s a good chance you won’t get one. If you’re the citizen of a country – and Indians fall in that list – that sends large numbers of immigrants to the US, then you get put in a lottery for H1B visas – there is no guarantee you will win.

For some, it’s a waiting game, one graduate degree after another until they get a work visa or green card. For others, who can’t afford multiple American degrees, it’s easy to slip into illegal status if your student visa expires and you don’t have the money to head home or a family that will welcome you back with open arms.

Many families pool together resources and take out loans to send their children to American colleges, only to have them emerge into a lagging job market and bogged down by debt. Upon graduating, there is often an explicit pressure to not return home empty-handed.

Figuring out how to stay in a country that doesn’t really want you is an exhausting, demoralising process – and colleges in the US capitalise on this any way they can.

International students, especially Indian and Chinese students bring in massive amounts of money for colleges and the US economy in general. And the country’s reputation for higher education adds to the allure.

Our own aspirations and the dreams that college brochures and websites paint lead us to believe that an American education must surely lead to American-style prosperity. The main glitch here is that the country’s policies are really invested in bringing in international students but not retaining international employees.

If the US was really concerned about visa fraud, it would look into how American institutions are manipulating the country’s laws to make money, not just go for the low-hanging fruit of luring international students into committing fraud.