Fraction of PhD Students Has Been Mostly Constant, and Low, in Last Decade

A relatively low number of PhDs will hurt the country’s overall research and development potential unless we foolishly subscribe to the view that doctoral-level research is not particularly relevant to a country’s future. 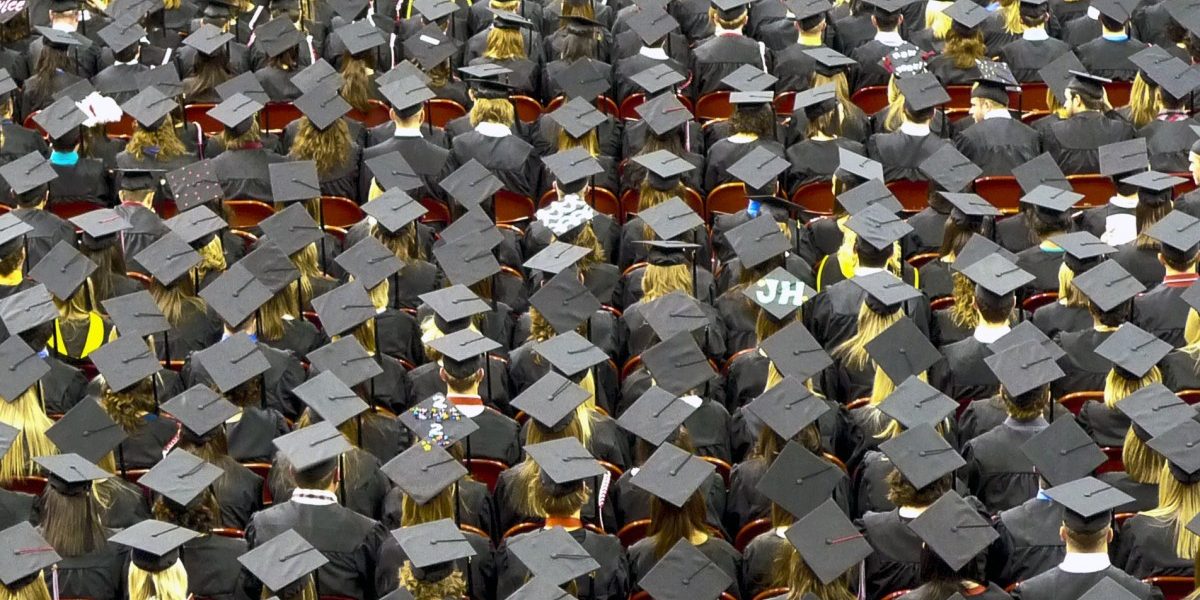 We need to talk about what India can do to address the needs of its increasing college-age population. At the same time, given the deficiencies in research at India’s universities, including the small number of PhD students and the contribution of research towards the country’s future as a great power, India must also promote and address the research dimension in its higher education sector.

The All India Survey on Higher Education for 2017-18 was released in July this year. According to its data, there are in all 36.6 million students enrolled at various higher education institutions in the country. Of these, 79% are enrolled in undergraduate programmes and only 161,412 – less than 0.5% of the total – are in doctoral/PhD programmes. To compare, total enrolment in 2010 was 27.5 million of which 80% were in undergraduate programmes and only 77,798 – less than 0.5%, the same as now – in doctoral/PhD programmes.

What do these numbers tell us?

First, the percentage distribution of students across undergraduate and doctoral programmes has remained largely constant despite an increase in total enrolment by 9.1 million, mostly due to a jump in the gross enrolment ratio (GER) – from 19.4% to 25.8% – as well as a large increase in the total number of young people in the country.

Second, undergraduate students make up the majority of the student population. A large number of them, particularly men, become job-seekers after obtaining a college degree. However, employability reports tell us that while the share of employable college graduates has improved over time, the numbers are still below 50%.

For employment’s sake alone, the higher education sector must target the needs of undergraduate students first. Higher rates of unemployment and underemployment among young people armed with college degrees, whose life expectations (including salaries) are different and higher from those without college education, has the potential to disturb social peace and stability. Teaching must assume priority in the larger scheme of things.

Third, let us not be fooled by international comparisons that show India has among the largest number of scholars with doctorates. Given the country’s population and the size of the higher education sector, there are too few students registered for doctoral/PhD programmes.

It is understandable why the percentage share of PhD students has remained constant, and low, over nearly 10 years. India’s higher education sector is characterised by mediocrity and apathy. Teachers and researchers lack social status. All other kinds of problems plague the higher education sector and it does not appear that things will improve anytime soon. Therefore, not too many young people are choosing careers in research and teaching – and wisely so.

The reality is even worse than the numbers suggest. The number of students registered for PhD programmes at credible institutions – those where obtaining a PhD requires actual research and writing – or doing credible research – writing dissertations based on actual research without taking recourse to plagiarism, fabrication, etc. – is significantly lower, perhaps no more than 10-20% of the total. The completion rate for PhDs, in India and elsewhere, is also fairly low.

Therefore, the actual overall numbers of India’s future researchers are much lower than what the total numbers would suggest. And without sufficient emerging researchers, India’s research capabilities will remain deficient and hurt the competitiveness of Indian universities in global university rankings. Even more importantly, a relatively low number of PhDs will also hurt the country’s overall research and development potential unless we foolishly subscribe to the view that doctoral-level research is not particularly relevant to a country’s future.

Under these conditions, where India needs to prioritise both teaching and research, what should the government and the University Grants Commission (UGC) do, or not do, to ensure India’s higher education sector achieves a healthier balance between its teaching and research needs?

The following is a set of three recommendations that government officials and university administrators – both public and private – must discuss urgently.

Recommendation 1: The Indian government must formally create three broad categories of higher education institutions: teaching-focused, research-cum-teaching and research-focused. Both public and private universities must be asked to decide whether they would like to be counted as a teaching-focused institution or a teaching-cum-research institution. There is greater clarity about what research-focused institutions are so that is something that the UGC can determine on its own. Institutions may be given up to three years to decide whether they prefer to self-identify as one or the other so that they get sufficient time to prepare for recommendation 2.

Recommendation 2: The UGC must lay out stringent minimum requirements for any institution to be considered a teaching-cum-research institution given that not all (indeed only a few) universities with post-graduate departments merit recognition as such. This is because a large number of such departments across India’s 903 universities probably have less than six full-time faculty members, which is insufficient to carry on with full-fledged master’s and doctoral programmes. The post-graduate departments must at least eight tenured or tenure-track faculty in each department with a research record (minimum PhD for new faculty) to run master’s and PhD programmes. The university must also have good libraries and laboratories, both of which are expensive and lacking in both public and private institutions. In the absence of sufficient staff strength, or poor library and laboratories, the institution must not be permitted to run more than a master’s programme. The basic idea is that over the next three to five years, no more than 200 universities must be allowed to run doctoral programmes. If only 100 or so fulfil the criteria for selection as a teaching-cum-research institution, so be it.

Recommendation 3: The research component in the Academic Performance Indicators (APIs), which is required for career advancement of teachers, must be made optional for faculty at teaching-focused institutions. All that the API has achieved is a large volume of fraudulent research via plagiarism and publishing in predatory journals. Low or no research is preferable to fraudulent research. Faculty at teaching institutions must be free to focus on teaching and not worry about research unless they wish to.

Implementing #1 and #3 will free up a majority of institutions in the country, and their faculty members, to focus on teaching. These institutions must be evaluated for their success in teaching, even though academics at these institutions will still have the option to carry out research should they wish to to seek employment at teaching-cum-research institutions or at research centres.

Implementing #2 will lead to the identification of a smaller number of institutions from which higher academic standards can be demanded in terms of research. These universities, in addition to research centres, must be liberally supported by the government to expand and improve their PhD programmes to train the next generation of India’s researchers.