NEET has proved to be a stumbling block for students who can’t afford the leg-up that NEET demands in the name of levelling the playing field. 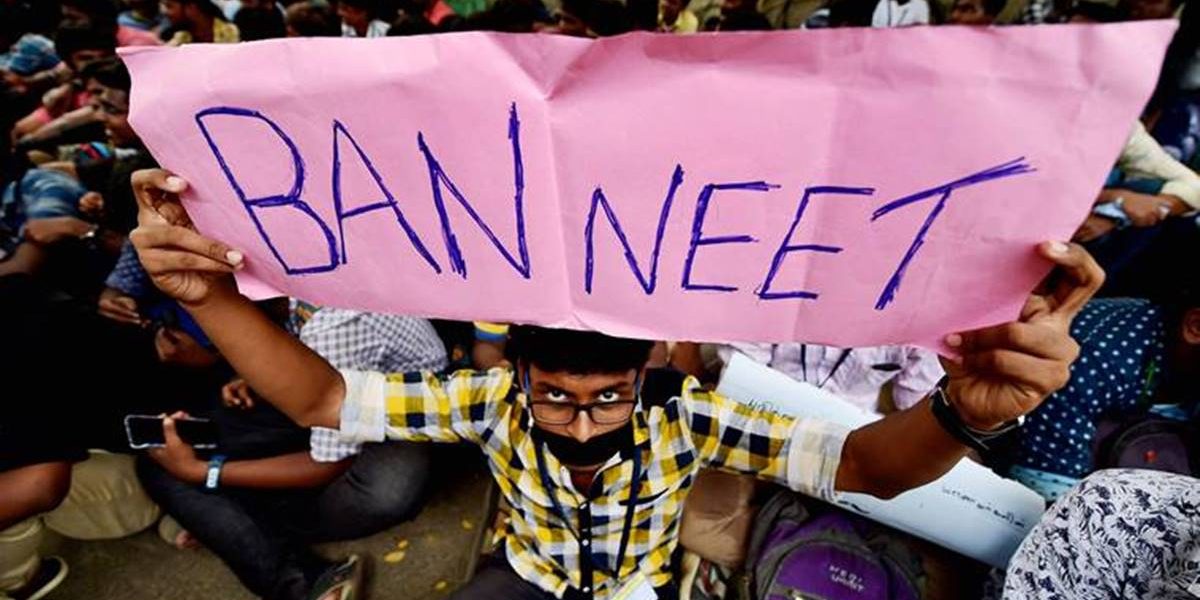 In the meantime, on June 29, in response to a writ petition challenging the constitution of this committee, the Madras high court ordered notices returnable by July 5 to the Union and the state governments. The high court’s judges said that the committee’s constitution might be a futile exercise since the Supreme Court itself had earlier insisted on medical admissions based on NEET alone.

However, the popular opinion in the state is not in line with those of the judges. Both the ruling and opposition parties and many political outfits and educational think-tanks in Tamil Nadu don’t support NEET. Soon after its first meeting, the committee invited suggestions and comments from the public. The response was overwhelming. More than 50,000 people responded before the stipulated deadline, June 23.

Several respondents also shared their replies on social media. Some were, and are, irked by NEET’s emphasis on a single exam, ignoring the marks scored during 12 years of schooling. Many also believe that NEET has simply created fertile ground for coaching centres, infamous for charging exorbitant fees. One aspirant who wasn’t able to clear NEET recalled the high court’s remarks in November 2019. The judges had observed at the time that the test was disadvantageous to poor students.

Some respondents also listed the names of the aspirants who had scored well in class 12 exams but were unable to clear NEET and had died by suicide.

Also read: Why ‘Politicising’ NEET Isn’t the Problem We Should Be Focused on

In addition to these academic as well as emotional arguments, there is an important international perspective that merits our attention.

A friend asked me some time ago why I was opposed to NEET even after I had written and cleared tough examinations in Hong Kong and the UK, which allowed me to continue my engineering education abroad.

I am a civil and structural engineer. I completed my bachelor’s and master’s degrees in India and moved to Hong Kong in 1995. There, and for that matter in any developed country, after graduating and working in a specific field under the supervision of a chartered practitioner for a certain number of years, one must take written and oral examinations conducted by professional institutions. 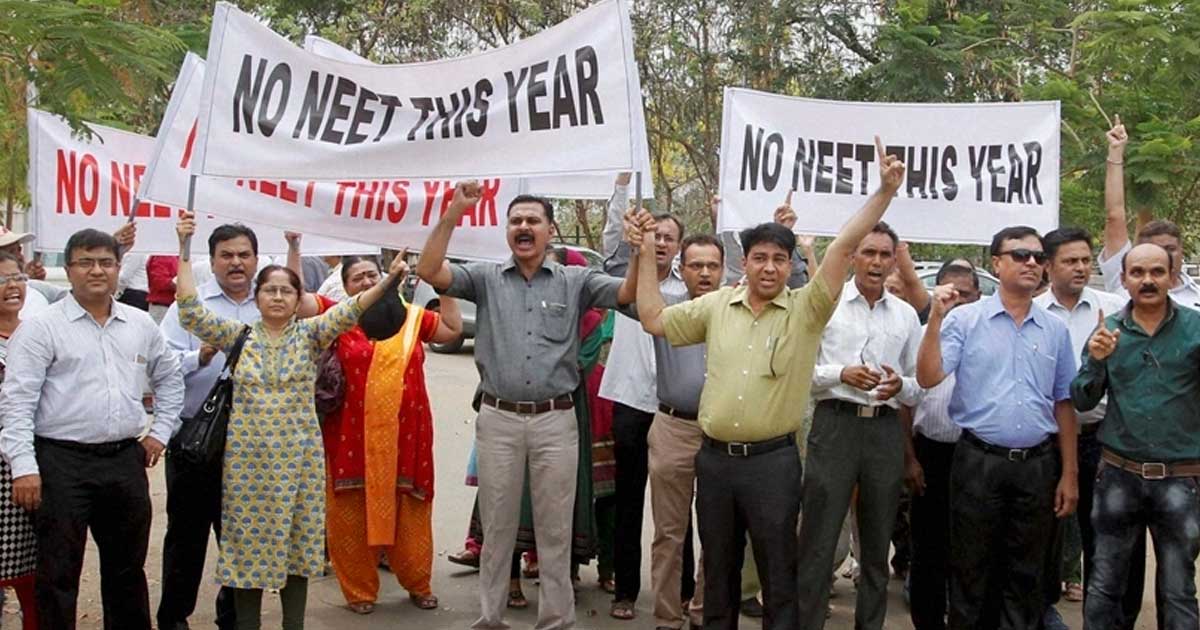 In India, only chartered accountants go through this process. In other countries, this process is the norm in engineering, medicine and law as well. People who pass these tests will receive a degree or license to lawfully practice in that specific field. These examinations are not easy and require rigorous training. So how do these countries admit students into their colleges for their undergraduate degrees?

There are nine world-class universities in Hong Kong. Admissions to all of them are through one application form, called the Joint University Programmes Admission System (JUPAS). Each applicant has 25 choices for programmes to enrol in, from medicine and engineering to law and literature. Some universities conduct additional interviews for some programmes, including finance and management. This said, the results of class 12 standard examination are most important.

In Australia, the examination pattern differs from state to state, but the country as a whole uses the Australian Tertiary Admission Rank (ATARS) system. Each student’s ATAR score is calculated by adding their scores from each of their subjects in school and then ranked against the total scores by other students in the same state. University admissions are based on the ATAR score only. There are no other entrance examinations.

In the US, some educational institutions use standardised tests like the Scholastic Assessment Test (SAT) and the American College Testing (ACT) for tertiary admissions. This year, due to the COVID-19 pandemic, these exams were not held (as in many countries, including India). On October 3, 2020, some American universities, including Stanford, Cornell and the Massachusetts Institute of Technology, stated that SAT or ACT results would not be used for admissions for the forthcoming academic year.

The SAT and the ACT have been used to assess students who studied different curricula and came from different backgrounds. However, for the universities, the primary scores are not of these tests but of the final school exams, as well as the students’ participation in cultural activities and sports, and essays accompanying their applications.

If the pandemic forced US universities to skip the SAT/ACT scores this year, the decision was supported by criticism building among educationalists that these tests are not productive. They stress students out and force them to undergo extra training. As a result, those who have access to a better home and social support and can afford special tutoring score better. College classrooms ought to have students from all economic strata and backgrounds, and these tests don’t support this outcome.

In contrast to these approaches, India uses NEET, a pan-India, pre-medical entrance test as a single gateway for all students who seek medical education.

NEET’s supporters have argued that each state has 15% reserved for students from outside that state, which invariably has a different educational system. Second, they say that its advent eliminated the older pattern of self-financing colleges having their own non-uniform entrance tests.

Both arguments may be correct – but then NEET should have been held only for students from other states and/or those who wish to enroll at self-financing colleges. There is still no good reason why it should stand in the way of students applying at government colleges since they have studied the same curriculum and have written the same board exams.

Entrance exams are not new to Tamil Nadu. Medical and engineering entrance examinations have been conducted here since 1989. And educationists have opposed them for just as long because as the argument goes, the tests are disadvantageous to students from rural parts of the state. In 2006, the state government cancelled many of these tests; even those that remained dropped lower on the priority list of factors used to determine admission.

For all the medical seats in our whole country, NEET is a single common gateway – the first of its kind in India. It attempts to standardise students’ scores by making them take a single exam, overlooking the fact that not all students are equal. This is how NEET fosters a space in which the outcome depends ultimately on access to individual support and affordability of individual training. This is of course a blow for students from economically weaker sections of society.

Such students also suffer another disadvantage: NEET diminishes the advantages afforded by a largely uniform school education, which the country has worked hard to design and implement, and minimises the importance of class 12 examination scores, which students already work hard at to secure.

So NEET has become a stumbling block, instead of a springboard, for students who can’t afford the leg-up that NEET demands in the name of levelling the playing field. The government should thus revisit NEET, and facilitate medical college admissions in a way that pays more attention to students’ high school performance.

Mu. Ramanathan is a writer and an engineer.