India needs to host way more foreign students to boost its soft power and for its best universities to improve their positions in global university rankings. 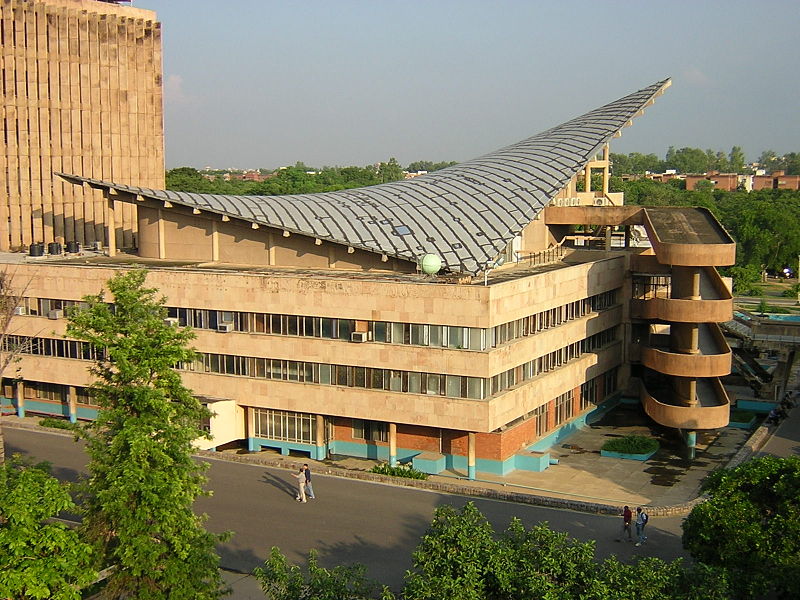 Earlier this year, the Government of India launched its ‘Study in India’ website to make it easier for foreign students to find Indian universities to study in. While this is a good start, government officials and university administrators need to think strategically about how to attract more foreign students to India. There were only 46,144 foreign students in India in 2017. These numbers need to go up significantly to boost India’s soft power and for India’s best universities to score better on internationalisation and improve their positions in global university rankings.

A good example of strategic thinking is IIT-Delhi’s recent decision to drastically reduce fees by nearly a third for undergraduate (UG) studies and by 96% for postgraduate studies, both for foreign students. Foreign UG students will now pay Rs 2 lakh per year instead of Rs 2.9 lakh and PG students, Rs 10,000 per year instead of almost Rs 3 lakh earlier.

Foreign students matter for several reasons. In high-income countries like the US, the UK, Australia and Canada, they are considered a valuable asset. In many countries, they typically pay significantly higher tuition fees. This generates income for universities, prompting many to describe foreign students as ‘cash cows’. Many universities admit even those foreign students with poor English language skills. In others, foreign students boost the local economy during their stay.

Also read: How the ‘Study in India’ Initiative Can Boost India’s Soft Power

Since many high-income countries provide PG employment opportunities and immigration, their universities become doubly attractive. Host countries are big beneficiaries of the brain-drain from countries like India. More recently, with university rankings becoming popular and internationalisation being a key indicator of quality, foreign students and faculty members give the host universities a leg-up.

India began to consider internationalisation’s benefits only recently, although most public institutions and smaller private institutions have little interest in hosting foreign students.

Other obstacles to attracting foreign students is the mediocre quality of college education on offer and a lack of information on university websites, which look like they were designed before potential students were even born. Another is the law and order situation and the nature of politics, often xenophobic, in many parts of the country.

But there are at least two ways the government and universities can better strategise their efforts.

The first is by identifying the target geographical areas for attracting students. IIT-Delhi’s decision to reduce tuition for foreign students is a good example of this. The institution identified low-income countries as the major potential source of foreign students. The thinking is that low tuition will attract middle- and low-income students from these countries.

It is unreasonable for students from high-income countries, where there is no dearth of high-quality institutions, to head to India for a college degree. Targeting low-income countries is a better idea.

The second strategy: The government and institutions must devise suitable short-term courses of study for those foreign students keener on spending a semester, or even less, to study abroad than spending two-to-four years for a UG or PG degree.

Recent numbers from an annual report prepared by the Institute of International Education (IIE) provide some interesting insights about US students studying abroad. While these insights may be less relevant to students from low- and middle-income countries, they help understand study-abroad choices students in high-income countries make.

A little over 64% of the 332,000 American students who studied abroad in 2016 opted for summer programmes or those eight weeks or shorter. Educationists think the growth of shorter programmes is driving the overall growth in Americans studying abroad.

Also read: The Many Barriers to Internationalising India’s Higher Education

Another insight is that women made up 67% of students studying abroad, and their numbers continue to rise.

The IIE data also shows that ~26% of students were studying STEM fields, with the rest choosing business (20.7%), social sciences (17.2%), languages (7.3%) and fine and applied arts (6.3%). It would be safe to assume that destination countries for STEM fields will remain European universities, not Indian universities. So Indian universities could focus on short-term programmes in other fields of study – particularly the social sciences and business – that may be of greater interest to foreigners.

Pushkar has a PhD in political science from McGill University and is currently director of The International Centre Goa. The views expressed here are personal.