How Will India Cope with the Ill-Effects of Mass Education?

At the national level, India seems intent on raising the gross enrolment ratio without considering if it will be sustainable as well as maintain a good standard of quality. 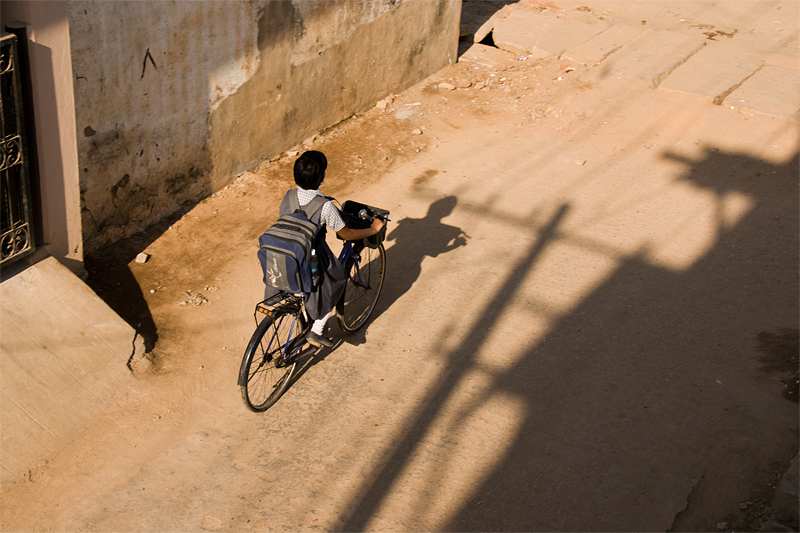 Madhvi Gupta is an independent researcher based in Goa. Pushkar is director, the International Centre Goa (ICG), Dona Paula. The views expressed here are personal.

Some higher education commentators have argued that India can learn much from China about building well-ranked universities within a relatively short period. And with the Indian government currently in the process of identifying 10 public and 10 private universities as ‘institutions of eminence’ to give them extra support so that they can be placed among the top 500 institutions in the world within 10 years, it should certainly be looking at how China catapulted its elite universities into the top 100 or 200.

But China has another lesson for India in the matter of higher education: that promoting mass college education without a careful assessment of the absorptive capacity of the domestic economy – in terms of the availability and/or creation of sufficient numbers of well-paid white-collar jobs – is a pathway to disaster.

In a recent article, Edoardo Campanella noted that “the move toward ‘mass universities’ of the type that emerged in the West after World War II is occurring too fast and has arrived too soon for the Chinese economy to accommodate it.” China is producing many more educated workers than its economy can absorb. With its gross enrolment ratio (GER) at 43% (2015), China produced 7.65 million graduates this year. This has not only pushed down the salaries of college graduates but also forced many to take up menial jobs. The wage premium for students with a bachelor’s degree has decreased by nearly 20% in recent years. The graduate unemployment rate stands at 16% and underemployment is a serious concern as well. Fresh graduates have been reported to be taking up street-cleaning jobs due to a lack of other options.

The future of China’s young people is nevertheless not necessarily doomed. The government plans to convert 600-odd colleges into vocational schools by the end of next year. Given the high demand for qualified blue-collar employees, those having the necessary skills for manufacturing and related work are expected to be absorbed into the economy with relative ease. Furthermore, the salaries for blue-collar workers is very competitive; in 2015, China’s 23 million textile workers earned $645 per month on average, an amount equal to that earned by the average college graduate.

The challenge, of course, will be to persuade young people to opt for vocational training instead of a traditional college degree.

In China, as is true for India, vocational schools have little prestige and are not perceived as respectable or as providing ample opportunities for upward economic and social mobility. The Chinese experience with the rapid expansion of mass higher education tells us that even as emerging economies all around the world – including India – are following the same route, they must do so with some thought and caution.

It is inevitable that a growing number of young people will seek college education in the years to come with the expectation that their college degree will secure them comfortable well-paid white-collar jobs. However, governments must be responsible in not overstating the benefits of higher education when their economies are not in a position to hire educated young people for well-paid white-collar jobs.

If the benefits of higher education continue to be overstated, and when exit options to foreign labour markets are not available to educated young people, social conflicts may be expected to increase as would disaffection with the government, thereby creating conditions for political instability and attendant social and economic costs.

But the challenges emerging from mass education in large populous countries such as China and India are not simply about the availability and/or creation of sufficient numbers of white-collar jobs. There is another reason to be cautious about overstating the returns of a college degree. As Campanella notes, “With China’s transition to a post-industrial economy far from complete, significantly broadening access to university undermines the quality of education.”

While ‘broadening access’ is in itself a good thing since it points to the democratisation of education, such broadening usually comes at the cost of undermining the quality of education, a phenomenon that is all too visible in India. In China, the quality gap between elite institutions and the rest is vast because, as Qiang Zha wrote many years ago, “Elite universities enjoy strong state patronage while the rest are largely left on their own.” Indeed, the gap between the best and the rest is probably more pronounced in China than in India since several Chinese universities rank among the top 100 or 200 in the world while an Indian university is yet to break into the top 100.

A survey of India’s higher education indicates that it is taking a similar path as China’s in many ways.
India’s GER has increased significantly over the years from 19.4% in 2010 to 24.5% in 2015. But since India’s pool of young people is growing faster than China’s so that its total population could surpass China’s around 2024, the numbers of people attending college will continue to witness a secular increase as well. In response to the growing demand for college education, there has been an impressive increase in the numbers of higher education institutions as well. In 2011-12, there were 642 universities, 34,852 colleges and 11,157 stand alone institutions; their numbers increased to 799 universities, 39,071 colleges and 11,923 stand alone institutions in 2015-16.

If there are stories of graduates in China taking up street-cleaning jobs, PhD holders in India have reportedly applied for jobs to handle dead bodies and organs in the post-mortem sections of anatomy classes at a medical college. In addition, with growing numbers of students attending private institutions that offer expensive unemployable degrees to young people, student debt is becoming an issue as well.

Overall, there are three reasons why the ill-effects of India’s mass higher education initiatives will become a bigger problem than China’s in the coming years.

First, unlike China, employment opportunities in India’s manufacturing sector are limited. Make in India does not seem to have taken off and so far there are no concrete signs of a surge in demand for blue-collar workers.

Second, it is also clear that so far the Skills India Mission is not making much progress either.  Employers continue to seek workers with specific skills and are unable to find them. Indeed, according to reports, India is experiencing a severe skills shortage. If neither Make in India nor Skills India Mission take off soon, India’s young population will have few other employment opportunities, which will fuel social discontent and perhaps even drag the economy down.

Third, there are few indications that India’s politicians and policy makers understand that mass education will lead to growing social conflict rather than national prosperity.

Tamil Nadu chief minister Edappadi K. Palaniswami is reported to have noted with some emphasis that while the GER at the national level was only at 24.5%, in Tamil Nadu it stands at 44.3%, up from 21% six years ago. But while Tamil Nadu’s GER may be similar to China’s (and it has clearly outperformed other Indian states on most social indicators), it is among the leaders as far as student debt is concerned. It is also not clear whether the state’s students get good-enough education to become employable or whether there are sufficient white-collar jobs for them.

At the national level too, we seem intent on raising GER without considering whether it would be sustainable and without adequate concerns about the quality of education. As China’s case shows, building world-ranked universities does not address the larger problems facing millions of fresh college graduates. As Campanella writes:

In its push for universal higher education and global status, China is stringing its young people along with the promise of high-paid, meaningful employment after graduation. It is a promise that China will not be able to fulfil for a very long time.

It is not known whether China or India can handle the consequences of not fulfilling the promise of ‘high-paid, meaningful employment’ to millions of young people. However, China appears to have at least made a start in addressing such concerns by acknowledging the problem and taking some specific steps to address it. In India, it is not clear whether policy makers are even ready to acknowledge the problem at hand.