The Right to Education ensures free and compulsory primary education, but having a comprehensive policy and actually implementing it are two very different things. 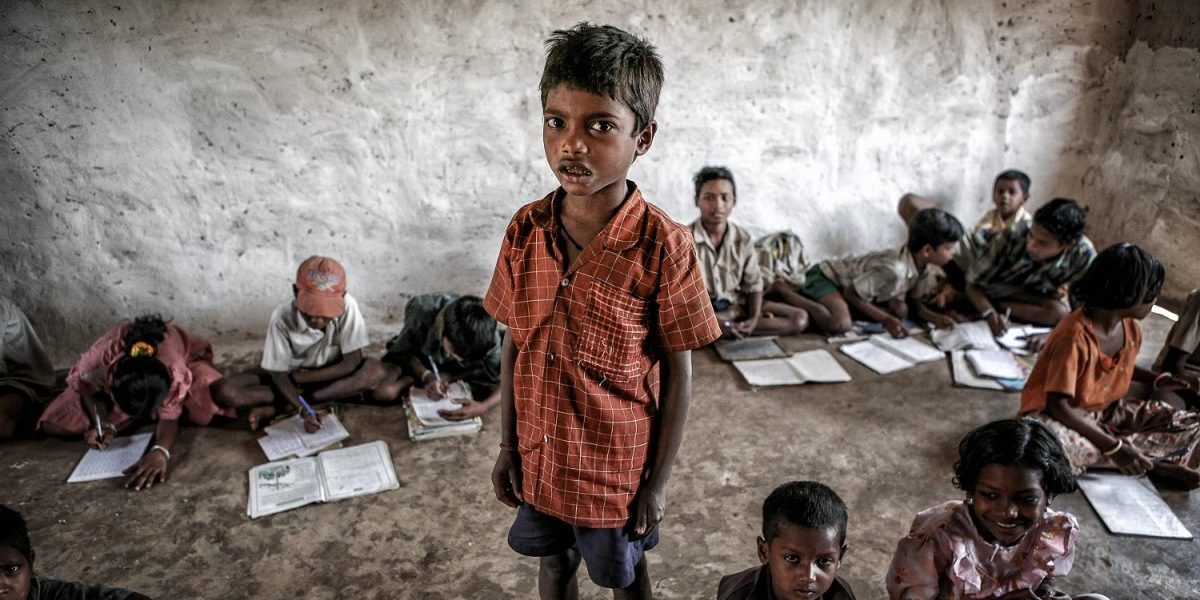 Chitrakoot, Uttar Pradesh: The Right to Education Act 2009 extends education as a fundamental right to all children between the ages of 6-14. In doing so, it also specifies the minimum norms in an elementary school. In order to provide free and compulsory education, a school must have basic facilities in place. In spite of how well-intentioned such a policy measure might be, the sobering reality for a school in Chitrakoot paints a less optimistic picture.

In January 2017, the education ministry had informed the CAG that 1.7 million classrooms had been constructed since the year 2000. Troublingly, the CAG responded with a report establishing that there were 9,00,000 schools with an unfavourable student-teacher ratio as of March 2016.

This situation, however, is far more odious in one particular state – Uttar Pradesh. With the lowest literacy rate in the country – 67.6% – and the largest population, the state is struggling on all fronts. This is especially true for the rural education system, where the RTE is neither followed in letter nor in spirit.

In a small hamlet situated in the district of Chitrakoot, Kakarhuli’s primary school has been barely functional, with little to no basic amenities available: no drinking water, electricity or even toilets. Established 25 years ago, the school enrols 116 students today. In all this time, however, with the state having seen Mayawati, Akhilesh Yadav and now Adityanath at the helm of the state administration, everyone seems to have forgotten to provide schools with basic amenities.

Also read: The Right to Education is the Responsibility of Every Indian Citizen

To begin with, the school premises still lack a basic boundary wall. This allows animals from nearby fields to enter the playgrounds, exposing students and teachers to considerable risks.

According to Devanand, one of the Gram Rozgar Sevak (GRS) officers appointed under the MGNREGA at the block-level, the forest department is to blame. “They are not letting us plan the boundary-construction work. Initially, there were hardly any people living here, but due to the recent increase in population, the forest department is stopping us from making the boundary”.

The teachers of the primary school tell us how, despite having filed repeated requests – both official and unofficial – to the Block Resource Coordinators (BRC) and village panchayat, no action has been taken.

Holding the unenviable position of headmaster at the Kakarhuli Primary School, Sourabh Kumar spoke in a jaded manner, listing out issues he has little to no control over. “There is one hand pump right outside, but it does not belong to the school. So, the villagers do not let the kids use it. And then there is the issue of electricity. We have tried to hoist the electrical wires over trees, but the animals come and destroy them”, he rued. Referring to the mandatory playgrounds, he added, “They [the villagers] also dirty our grounds in the process”.

Din Dayal Mishra, the Shiksha Mitra, adds, “Since we don’t have our own hand pump, we have to make our students wait in line to get water for any activity. We have to wait for fellow villagers to complete their tasks first and then let kids use the hand pump. We don’t want them to create any problems with our kids over water, so this is a constant thing to monitor. If we had our own hand pump, this wouldn’t have been a problem”.

The school cook, Suman, finds herself in a tough spot every day given the lack of water – it taked her nearly three hours to get the water she needs for cooking. Meals are often late as a result, and at times, foregone completely. While the children lament the midday meal – another essential provision according to government policies – they miss their playtime the most. “We keep getting scolded for going out to play, because everyone fears that there might be cattle trampling,” says Raghuvar.

With children effectively missing out on the most formative years of their education, the promised reality of the right to education still appears to be a distant dream for many in Uttar Pradesh.