49 Suicides in 5 Years at Govt's Boarding Schools for Rural Children; Half of Them SC, ST

A majority of the children who killed themselves on Jawahar Navodaya Vidyalaya campuses were boys. 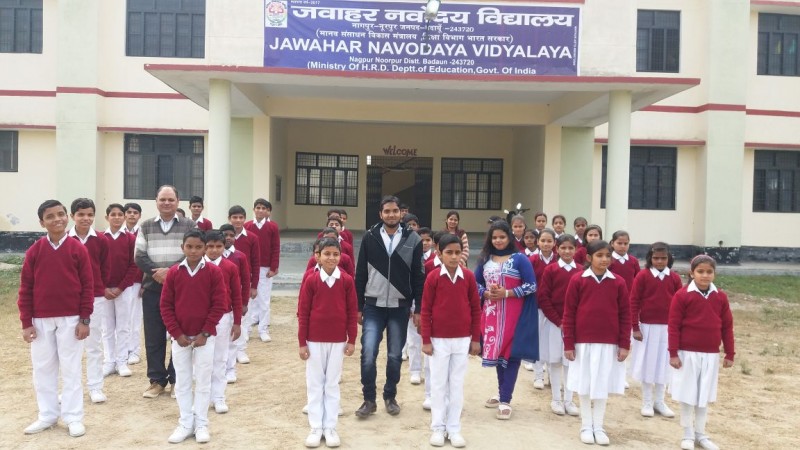 Students at the JNV in Budaun. Credit: jnvbudaun.org

Half of the children who killed themselves on the campuses were Dalits and Adivasis, and a majority of them where boys, the RTI reply received by Indian Express said. “…all, except seven, were suicides by hanging, and the bodies were discovered either by classmates or members of the school staff,” the newspaper reported.

Jawahar Navodaya Vidyalayas (JNVs), formed in 1985-86, are known for the high scores their students get in board examinations. According to the Indian Express, the boarding schools have a pass percentage of more than 99% for Class 10 and 95% for Class 12, which is much higher than both private schools and CBSE’s national average.

The schools begins from Class 6, and admissions are based on a test. Seventy-five percent of all seats are reserved for students from rural areas. Competition for admission is high – less than 3% of children who give the test are admitted to the schools. There are 635 such schools across the country, run by the Navodaya Vidyalaya Samiti, an autonomous organisation under the Ministry of Human Resource Development.

Also read: Why Student Suicide Is Such A Sensitive Subject

But the circumstances in these schools is not as shiny as they may look from the outside. According to the Indian Express, 41 out of 46 they studied were facing serious problems. These issues are reflected in the alarming suicide statistics in these schools: “…for every one lakh students studying in these schools, almost six students committed suicide in 2017. This is slightly higher than the national suicide rate for a similar age group in 2015 — roughly 3 suicides per lakh population aged 6 to 17 years.”

Sixteen of the 49 students who killed themselves in JNVs in the five years were from the Scheduled Castes. SC and ST students together accounted for 25 suicides – more than half the total number.

Close to 71% of the suicides were of boys, Indian Express reported. Of the 49, 43 suicides were by students in Class 9 and above. The newspaper reports that the causes ranged from unrequited love and family problems to corporal punishment or humiliation by teachers, academic pressure, depression and a fight between friends. Suicides also peaked in the three months right after the summer vacations.

In November 2016, the Navodaya Vidyalaya Samiti took note of the rising number of suicides. “A child cannot take all of a sudden such an extreme step without showing some visible symptoms in advance. Vidyalaya administration failed to detect such symptoms though these symptoms were heard or seen by the students they were taken lightly,” a circular from the Samiti to all JNVs said, according to Indian Express.