IITs Should Be Exempt from Reservation in Faculty Appointments, Centre's Panel Suggests

The panel said the engineering schools should be exempt from implementing quota-based appointments because they are institutes of national importance. 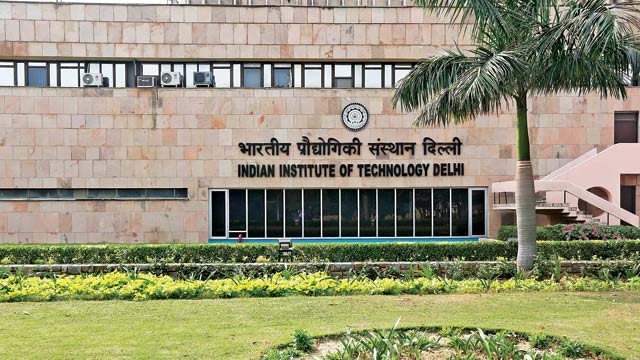 New Delhi: A panel appointed by the Centre has recommended that IITs should be exempted from reservations in faculty appointment. Ironically, the panel’s mandate was to suggest measures for ‘effective implementation’ of reservation in admissions and recruitment.

According to the Indian Express, the eight-member committee has recommended that the 23 IITs should be exempted from reservations under Central Education Institutions (CEI) Act, 2019, and rather than specific quotas, issues of diversity should be addressed through “outreach campaigns and targeted recruitment of faculty”.

The panel had submitted its five-page report to the Ministry of Education (which was then called the Ministry of Human Resource Development) on June 17, but it was made public only on Wednesday through a Right to Information Act application filed in Uttar Pradesh.

The committee was chaired by IIT Delhi director V. Ramgopal Rao and had IIT Kanpur director Abhay Karandikar, representatives of the departments of social justice and empowerment, tribal affairs, personnel and training, persons with disabilities and the registrars of IIT Bombay and IIT Madras as its other members.

According to IE, the report states, “Being established and recognised as institutions of national importance under an Act of Parliament, IITs have ought to be listed under the Schedule to…CEI Act, 2019 for exemption from reservations. This must be immediately reconsidered for inclusion of IITs in the Schedule taking into account the nature of these institutions, duties and their activities. The matter of reservations in these institutions may be vested with their respective Board of Governors to deal with as per the Board resolutions, statues, and bylaws.”

Part B of the suggestions say that if the first suggestion is not feasible, then reservation should only be given at the level of assistant professor, while appointments to associate professors and professors should be exempted.

“Vacancies not filled up with adequate representation of SC/ST/OBC/EWS candidates during a year due to the non-availability of suitable candidates of these categories may be allowed to be de-reserved next year with the approval of the appointing authority of faculty positions, i.e. Board of Governors,” the report states.

To attract “suitable PhD candidates” from reserved categories, the committee has suggested a two-year “preparatory programme” in the IITs, which would be funded by the Department of Social Justice and Empowerment, according to The Print.

The committee was formed in April to look into “effective implementation” of reservation in IITs for the undergraduate, postgraduate and PhD programmes and appointment of faculty and non-faculty members. According to reports, the panel met twice on May and May 12 via video conference and submitted its report in June.

IIT Bombay’s Ambedkar Periyar Phule Study Circle (APPSC) criticised the report in a statement on Wednesday, questioning why instead of “highlighting wrongs in the existing selection process and recommending ways to correct those”, the committee “carries their casteist ignorance and leaves the blame on candidates from reserved categories for not being ‘qualified enough’”.

It added, “There exists sufficient data to suggest that the lack of qualified candidates from the reserved categories was never a reason for their lack of admissions in PhD programmes at the IITs. It is the cut-off mark that is used to deny entry to eligible SC/ST/OBC students in campuses like IITs for years.”