How to Choose Your Humanities Course This College Admission Season

What you learn should not be tied to disciplines; learning should involve coming up with an original thesis, how to defend that insight, how to imagine the counter-argument, how to assess the implications and significance of what is being proposed. 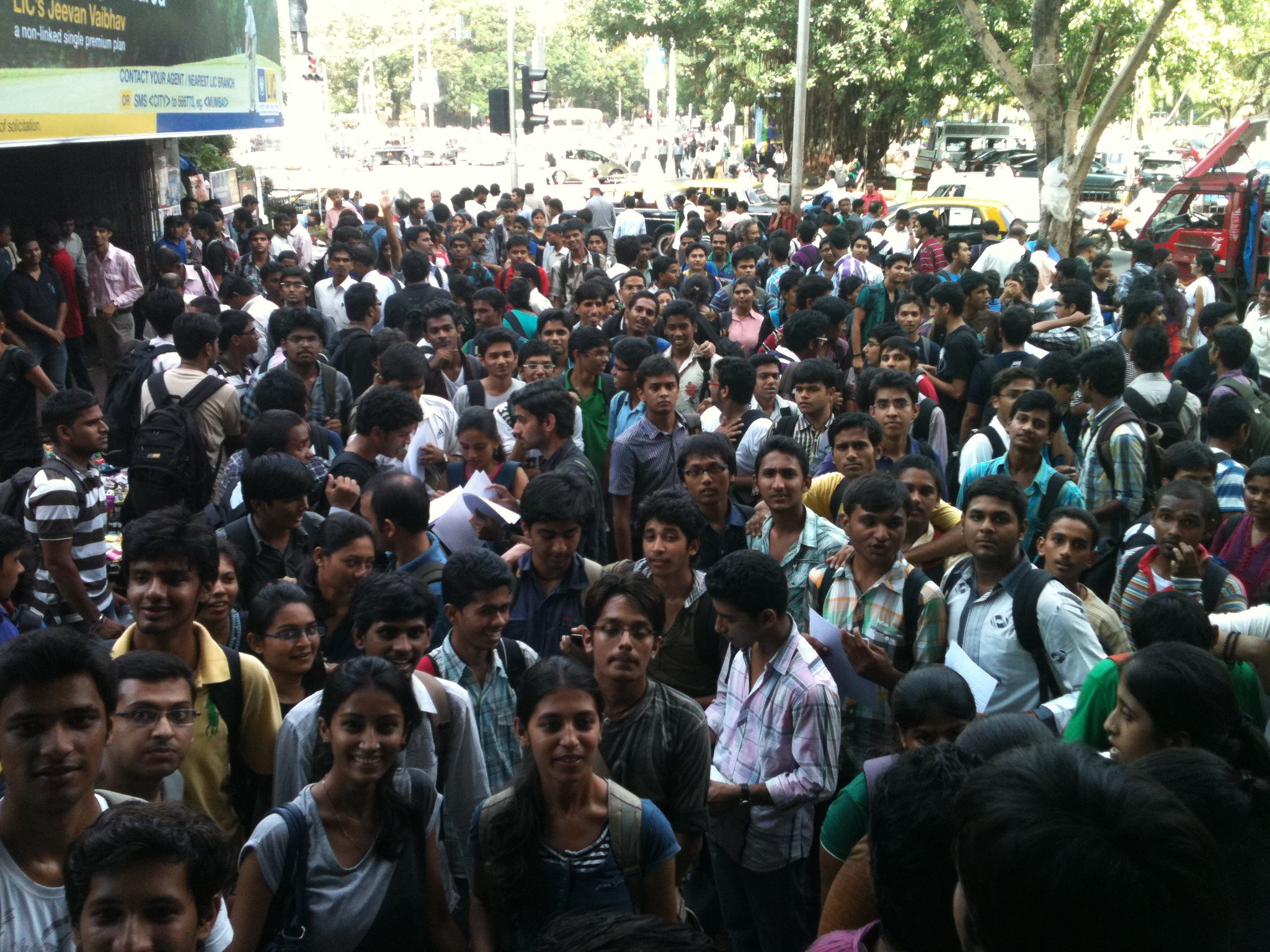 College students stand in line at the AICTE office in Mumbai. Credit: Wikimedia

College admission season is here and with it comes the rising anxiety of parents and students across the country whose fates are sealed by the marks obtained in poorly designed standardised exams. The results are presented to the students as a fait accompli. This does make things easier for the students who have long surrendered before the examination gods. But for the atheists and the risk-takers, there exist only a few choices of higher education subjects in India. With these few subjects comes the confusion of choosing the one that is best suitable for you.

A decision to major in history rather than in philosophy usually has some kind of intellectual reasoning and thought process involved. The tragedy is that the school syllabi doesn’t prepare a student to take this life-changing decision.

I have come across many students who are studying a subject but are not passionate about it. A student once told me she was passionate about English but after a few questions, it was clear that she was much more interested in sociology. A few more questions later, it was revealed that maybe political philosophy was what interested her.

In colleges of good repute, one should not be pinned to his/her choice of subjects but should be allowed to change if there is a reasonable, informed, intellectual argument for it. You never know, the student might go on to become a scholar in that field. For an eighteen year old, there can be no ‘real’ interests anyway. Almost every teenager is unsure of what he wants to be. Not knowing is the new clarity. The student who knew she wanted to be a neurosurgeon from Class 6 may not be a hero, but a product of enforced dreams.

Institutes across the country should stress on the importance of humanities to function in a society. For example, philosophy has an intellectual infrastructure that could provide for an understanding of all other subjects. The difference between, say history and literature, is often a matter of emphasis. Literature is best understood if one has a strong understanding of the historical context in which it is produced. If the context interests you more than the artwork (literature, but also films, art, anime), then maybe you want to be a historian. If the context is only a background and you are more interested in losing yourself in the imaginary world of that novel, then literature may be a better fit. Gandhi and Tagore influenced each other — would you prefer to study how Gandhi influenced Tagore’s novels, or would you prioritise the emotional world of the novels and have the Gandhian influence as only one source of input?

If you are interested in accessing the context not through documents, but through talking to people, then sociology may be your calling. Sociology differs from philosophy, literature and history as it is tied to the personality. Sociology requires being able to talk to strangers and often in strange lands, so if you’re not socially inclined, it may not be a right fit for you.

The little knowledge of these subjects surprises me. I have come across students who want to study literature because they like their English teacher. Their reason of choosing the subject is understandable but not really a good ground to build a college career on — at least in colleges which are rigid about these disciplinary boundaries.

On an undergraduate level, what you learn should not be exclusively tied to disciplines. In fact, what you should be taught is how to write and build a strong argument. A large part of the teaching should be geared towards helping the student come up with an original thesis, how to defend that insight, how to imagine the counter-argument, how to assess the implications and significance of what is being proposed.

It is sad to hear parent after parent asking multiple questions on cut-offs and placements, without having a true understanding of what an education should consist of. After all, there is only a bit more active research involved in other things, like planning a holiday or buying a car, than in the choice of subjects.