Former chief minister Bhupinder Singh Hooda has said that it was a clear attempt by the BJP government to ‘politicise’ education.

Chandigarh: A new history book for Class 9, prepared by the Board of Secondary Education in Bharatiya Janata Party-ruled Haryana has created a row by blaming Congress for the 1947 Partition of India.

The book additionally lauds the “positive” role that Rashtriya Swayamsevak Sangh (the ideological fountainhead of the BJP) and its founders played in “awakening cultural nationalism and freedom struggle.”

The new history book will be available from May 20, informed board officials. The history books of other classes have been “updated” as well.

The second last chapter of the class 9 history book details reasons for India’s Partition. In it, it blames the Congress party’s “greed for power and appeasement politics” for the division.

It also blamed the Muslim League’s “sectarian ideology,” in addition to Mohammed Ali Jinnah’s “stubbornness” and the British divide-and-rule policy for the Partition. 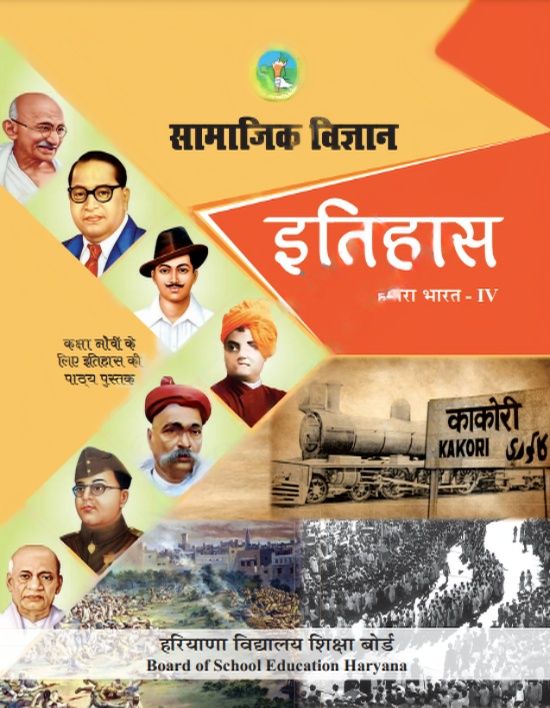 The book stated that Congress leaders were “worn out” in the 1940s and were no longer willing to continue with the freedom struggle.

“Some of Congress leaders wanted Independence as early as possible in their eagerness to enjoy power at any cost,” the book says in Hindi.

“Mahatma Gandhi opposed the Partition. When the Congress leadership did not show any enthusiasm, Gandhi too had to accept the Partition,” it goes on to say.

The book also observes that the Muslim League had been “continuously opposing Congress” on many issues. But the Congress, on the other hand, was keen to collaborate with the Muslim League against the British government, the book says.

The Lucknow Pact of 1916, in which two parties agreed to allow representation of religious minorities in the provincial legislatures, the Khilafat Movement of 1919 which called upon the British to protect the Caliphate, and the Gandhi-Jinnah talks in 1944 to ease the deadlock on the two-nation theory are cited in the book as examples of “Congress’s appeasement policy,” that encouraged communalism.

“Mohammed Ali Jinnah was wooed again and again, and due to the undue importance he got, he was further empowered. As a result, the country was weakening, communal clashes were common…This made Congress believe that Partition was the only way left in order to restore peace in the country,” the book says.

The book asks if Partition was necessary to ensure peace between the two countries, “Why hasn’t peace been established even today?”

Also read: Remembering India’s Revolutionaries, and How They Laid the Foundation for Freedom

Edu board says changes ‘based on facts’

Ever since the book was uploaded online, Congress leaders in the state have been up in arms against it.

Former chief minister and Congress leader Bhupinder Singh Hooda told The Wire that it was a clear attempt by the BJP to ‘politicise’ education.

He added that BJP was trying to saffronise history and brainwash youngsters. “On the other hand, the reality about Congress’s contribution in the freedom struggle is known to everyone. History does not change like this. They will not be successful,” he said.

Dr Jagbir Singh, chairman of the Haryana Board of Secondary Education, refused to acknowledge opposition’s charges that facts were distorted and politicised in the new book.

He told The Wire that contents of the new books were based on “records available in history.”

“More than 40 history scholars were involved in the exercise and we have verified sources quoted by them. I don’t want to indulge in unnecessary politicisation but I feel it is important to present the right facts before the young generations. For this, adequate efforts were made,” he said.

He further said that more than 10 lakh copies of the new history books for classes 6 to 10 will be circulated from the new session. They will also be available in the market from May 20.

He said the process to amend the books began in 2017. There was a meeting under chairmanship of the then Union Education Secretary Anil Swarup in April, 2017, in which it was decided that every state can “amend history books in their own way.”

RSS, Hedgewar and much more

The very first chapter of the class 9, book ‘Social and Cultural Renaissance in India’, talks about the contribution of 20th century personalities like Maharishi Aurobindo and Keshavrao Baliram Hedgewar, the founder of RSS, to “push the freedom struggle movement by using the idea of cultural nationalism.”

“This played a vital role in the social, cultural and intellectual awakening of Indian society.

On page 11 of this chapter, there is also a detailed essay on Hedgewar, where he is called “a great patriot and one who professed revolutionary ideas during his lifetime.”

The book contains detailed descriptions of Hedgewar’s political life, claiming that the Congress once refused to take up a resolution based on his idea of absolute freedom for the country.

The book also has passages devoted to the RSS, claiming it was “against caste system and untouchability.”

But the fourth chapter of the book is devoted to his role in the Indian freedom struggle. “Savarkar was a staunch supporter of Hindutva and also strongly opposed partition of India,” the book says.

The book also claims that Mahatma Gandhi had appealed for Savarkar’s release in Young India magazine in 1920 – a claim that something opposition parties have in the past called a distortion of facts.

Also read: Savarkar, Gandhi and the Truth About the Partition of India

The book makes no mention of how Savarkar was released from jail. Critics of Savarkar have said that he apologised to British rulers to get out of prison.

In the Class 10 book of history, what used to be called the ‘Indus valley civilisation’ is called ‘Saraswati-Indus civilisation.’

M.S. Jaglan, who taught geography at Kurukshetra University, in a Facebook post, shared a write up by him on this topic.

He claimed that the tools used to prove the mythological hypothesis about the existence of the Saraswati River are inadequate.

“In the Indo-Ganga Divide (from the foothills of the Himalayas to the Gujarat coast) itself there are numerous palaeochannels (old river courses buried under sediments). Remote-sensing scientists have identified various palaeochannels in the region. Many of them have enthusiastically claimed that the channels they had identified were that of Saraswati.

“This conclusion was in tune with their mythological convictions rather than based on historical facts. If one goes by their conclusions then there are scores of channels belonging to Saraswati all over this region. But no one can give the full picture as its construction lies beyond their academic purview,” he wrote.

Jaglan further wrote that it is strange that Mughal period land records are being cited to prove the existence of a river during the prehistoric period. “Science can not be used to prove a myth; it should be used to clear the haze,” he added.