Hansraj Students Unhappy as College Gets its Own Cow for 'Research'

The area being given to the cow centre, students allege, was supposed to house a girls' hostel. New Delhi: In a country where courts have suggested that cow protection should be made a fundamental right for Hindus and the cow should be declared the national animal, there is no doubt that the animal (even if not its well-being) has become a sensitive and controversial issue.

After being discussed in courts and making an appearance at Dharma Sansads, cows have this time taken centre-stage at Delhi University’s Hansraj College.

As one enters the traditional red-brick Delhi University college, one will notice a freshly-painted red wall located by the college gate for the men’s hostel. The wall has a white board on it which says ‘Hansraj College’. Normal, so far – but below that sits a photo of a cow, with the label ‘Swami Dayanand Saraswati Gau-Samwardhan Ewam Anusandhan Kendra’. 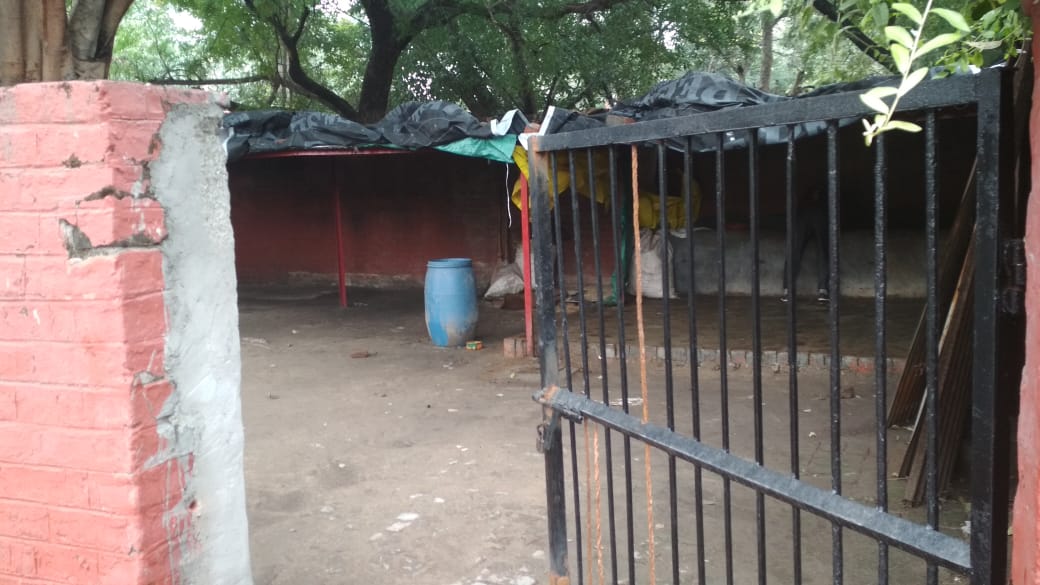 This kendra or centre, which aims to conduct empirical research on cows, houses one lonely cow under a shed with plastic utensils around it. Dr Rama, principal of the college, is proud of this ground-breaking idea that the college has come up with.

While a side wall of the centre hosts a board listing the benefits of research on cows, procurement of fresh milk and curd, benefits of cow dung and application of cow urine on human skin, Dr Rama told The Wire that the research centre would also inspire students at Hansraj to come up with start-up ideas that would yield employment in future. 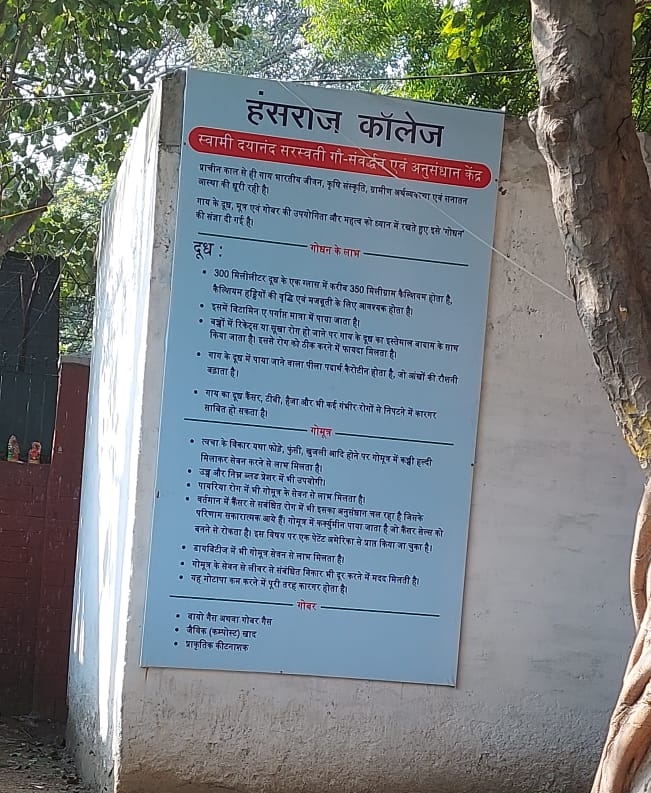 Dr Rama clarified that the centre is not a cow protection institution. Although she is proud of the Gyr breed cow currently living in the college premises, she feels that in-depth research is the goal of the two-week-old centre and sees the research as an experiment which is bound to expand in case it profits the college.

Hansraj, a DAV Trust college, traditionally follows the teachings of the Arya Samaj and is known to conduct hawans (Hindu prayer rituals) at the beginning of every month. Dr Rama feels that the ghee for these can be procured from the cows at the centre.

The cow has now entered the campus and Hansraj’s ABVP unit couldn’t be happier. ABVP Hansraj’s joint secretary Nitesh Pandey feels that the college has taken a very positive and productive step to encourage students. He told The Wire that he supports the college in its step towards the preservation of ‘Indian culture’ and abiding by the teachings of the Arya Samaj.

On the issue of the hostel, Dr Rama said that she wishes to demarcate a bigger space for the hostel and the place for the kendra is not suitable for a hostel with a capacity of 100.

Countrywide, colleges have been closed because of the pandemic. However, students claim that the college administration demanded full and bulk fees payment at a time when no family remain untouched by COVID-19. And when the students returned, they were horrified to see their fees money being used to create this centre. The students also allege that the college finished construction of the kendra – for which students see no need – without any discussion with the student community.