The education department's order to celebrate the 'success' of scrapping Article 370 is unambiguously not to allow young people to “debate”. 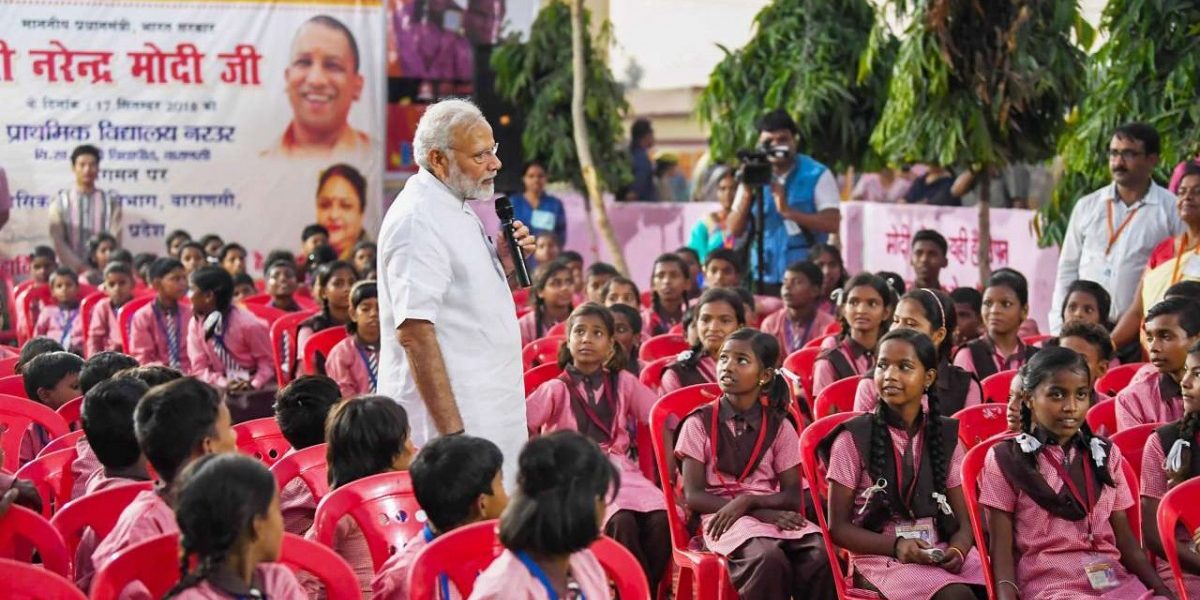 The Ahmedabad education department has issued a circular to all “government-grant-in-aid and self-financed secondary and higher secondary schools to arrange special lectures, debate, essay and elocution competitions and group discussions on the subject of Article 370 and Article 35A during the school assembly on Prime  Minister Narendra Modi’s birthday on September 17.”

The circular reportedly notes that “this touches the social science subject of secondary and higher secondary education.”

Just when one was beginning to be rather happily thrilled at this new attention to “social sciences” on behalf of the ruling BJP administration, and the encouragement given to students to “debate,” the cat was predictably out of the bag.

Not taking any risk with the suggested debate, the said “circular” takes care to lay down what is to be said in the “debate”.  It notes: “Under Article 370 and 35A the Indian parliament has taken an appreciative and people-oriented step that has received lot of appreciation from the entire country.”

Clearly, the “circular” underscores the fact that the “event” – to be conducted ostensibly as part of  a “social science” deliberation – is not intended to be so much scientific as hagiographic, since all participants are already instructed that only one thing may be said about what has been done, namely  appreciation.

Interestingly, the circular mentions that “experts” may also be invited. It hardly needs to be said that the “experts” will all need to be of one mind.

The purpose behind the move, then, seems unambiguously not to allow young people to actually “debate” the complicated pros and cons of the scrapping of Article 370 but a crassly instrumentalist one – to get them to consolidate the view that nobody, but nobody, may be on the other side of the debate “in the entire country.” If “social science” were a living being, one must wonder what view she might have taken of her substance and use.

The fact is that never was there a greater need to harken to the “social sciences” than in our day. In cannily justifying the proposed school “debate” as a curricular activity falling under a “social science” syllabus, the circular, of course, makes no reference to the many other issues that might usefully and verily be “debated” as part of such a curriculum. Just to name a few: caste oppression, communal hegemony, mob lynchings, gender discrimination, the causes of joblessness, identity politics, retrograde myths and legends, gross inequalities of income and opportunity, widespread lacunae in the criminal justice system and in the operations of state agencies — all now and again receiving some debate, however loaded or cacophonous, in media channels. All these topics and much more fall genuinely within the ambit of a “social science” intellectual expanse.

What a wonderful thing it would have been had this new invocation of “social  science” been driven by the impulse to an open-ended enquiry and debate in schools, colleges, among voluntary groups of concerned citizens, seeking not merely to laud the reading down of Article 370 etc., but to examine the many social fault-lines that bedevil the republic.

But then, if the experience of recent years is anything to go by, there seems a clear injunction not only as to what subjects may be debated but how and to what purpose.

And imagine the laurels that would accrue to the honourable prime minister if his birthdays were indeed to be made occasions for such wide-ranging and inclusive debates and discussions.

Given Modiji’s democratic credentials, it is still to be hoped that the kind of debate the Ahmedabad education department has proposed, rather enjoined, will be gently discouraged, and substituted by an encouragement to India’s millennials to fearlessly voice their views on the whole spectrum of issues indicated above.

As to the subject proposed by the Ahmedabad education department, one may invite them to consider the irony of the claim that the “entire country” has appreciated the measure taken by parliament when, in fact, those countrymen and women who are most affected by it remain either locked down or objects of so stringent a suspicion that  their voices  are required to be gagged through an unprecedented denial of  all sources of communication to them – barring the measly landlines which, much of the time, fail to work.

Clearly, were representatives from Kashmiri schools to be invited to the proposed debate, a whole different perspective might become available to the young ones in Ahmedabad schools, and the “entire country.”

For now, however, “social science” scholars and teachers may draw suitable conclusions as to what is expected of their subject and of them.