Teaching Children About Sex, Violation and Saying 'No' Could Help Keep Them Safe 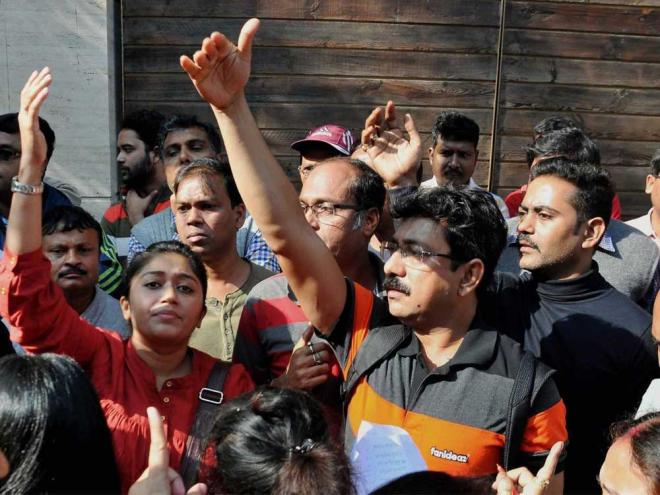 Last week, a four-year-old girl was assaulted within the premises of Kolkata’s G.D. Birla Centre for Education. Two men, members of the staff, have been arrested as suspects. Parents of students came out immediately to protest the incident and demanded security measures and assurances from school authorities. The response to this incident, at the heart of which is a very vulnerable four year old, has ranged from immediate requests for CCTV cameras and the resignation of the principal to demands that men should not be employed in an all-girls school.

Two years ago, I did not know a lot about a four year old. Now I know. My four-year-old child can voice opinions, take strong stands, articulate her thoughts, throw tantrums and act very silly, as is usual for her age. She is a free spirit, but in parking lots she knows to hold my hand. If her friends play rough, she knows how to say STOP, loudly and clearly.

So as mother of a four year old, when I read the news about the assault at G.D. Birla, my first question was how could this be prevented. But I did not think about CCTVs. I was thinking more in terms of behavioural clues. Did the suspect/accused try to assault before? Did he/they improperly touch children before? Did he/they have inappropriate conversations before? If they did, would the children have reported it? Have other students in the school been given the platform, space and time to discuss what happened?

The four year old was “lured” into the bathroom. Amidst all these reports and newspaper articles, there is not one that explains how exactly a four-year-old child can be lured by someone else into a bathroom. Having attended a girls’ school in Kolkata, the space of the bathroom, I know, is not for male visitors. So was the girl forcibly taken there? A four-year-old girl can be taught not to ever accompany a person to a bathroom, out of routine.

In this same article and others, the child referred to the incident as “dustumi (mischief/being naughty)” and the accused/suspect as “Dustu Sir”. I was speculating when I read this, because I cannot know for sure if the child was grappling for a more apt word to describe her experience, an experience of violation she had no idea could occur. It must have been confusing to a child to call the incident “dustumi”, because dustumi is what she does at home all the time. In the process of keeping children protected from talks of sex, sexuality, privacy and violation, are parents are doing a disservice and not anticipating harm or danger that may befall their children?

I wonder if the child knows the word “vagina” or “penis” or other words to openly describe the genitalia? Does she know that the vagina is a private part that she should be cleaning by herself now? In another two years, even her parents don’t have to help clean her vagina. Does she know how to firmly say NO if anyone apart from her parents/caregiver tries to touch her vagina?

No parent should have to drill this kind of knowledge into his or her child, I used to think, but lessons on non-sexualisation of body parts, I have realised, is like imparting critical skill sets to your toddler. Since she was two, my child uses the words ‘vagina’ and ‘penis’, and she thought nothing more about it than ‘ears’ or ‘nose’. At four, she asks a lot of questions about vagina and penis, and we answer them all patiently – as we answer questions on dinosaurs, why broccoli is good for health or why too much screen time is not so good.

Also read: Spare the Rod… and Spare the Child – Ending Violence in Childhood

My speculation is based on the fact that ‘vagina’ and ‘penis’ were not words that I ever said out aloud at home or school, and now I know an open discussion on sex, sexuality and genitalia would have done a world of good to me and others I know.

My speculation that perhaps a child could be prepared for unfortunate moments like this stems from my observation of the #MeToo declarations that became a vent for generations of women who couldn’t/still can’t call out sexual assault as it is happening. They can do so later, sometimes decades later. Most of the #MeToo posts I saw drew attention to assault in public spaces, but rarely to the privacy of homes. Yet at home too assault happens, and children have to be trained to identify assault/violation irrespective of where it happens.

More importantly, the home has to be the space where conversations on sex, sexuality, violation and inappropriateness should start, because ultimately these words are all about justice, ethics and morals, and home should be the place where the child learns these first lessons.

The school as well should not fall far behind. I bemoan the fact that the four-year-old child could not share her experience with a teacher at school and had to contain her emotions and pain until she reached home. Lots of Indians see Americans as impersonal and the country as way too structured and formalised. Yet, I can confidently state that my daughter sees her class teacher as her confidante in school. This opens up a larger question on the need for sex education in middle/high school in India. For four year olds, teachers should talk, read books on boundaries, good touch, bad touch, learning to say NO. Most importantly, if anything untoward happens in school, toddlers/pre-schoolers/kindergarteners should all be clear about a complaint process.

My speculation is more strongly based on sad closing of this case, which also took place in G.D. Birla in 2014. The suspect, a bus conductor, was not identified in the end. The officer says “confidently” that had he been allowed to talk to the child he could have established the sequence of events.

Of course this is not a comment on why the parents in the 2014 case decided to let the assaulter go punishment free, but I do want to present some scenarios keeping in mind the cost to society when such cases don’t get closed. If the 2014 assaulter was punished, then maybe the 2017 repeat incident would not have happened.

So maybe the parents were not comfortable with the child being questioned about intimate details of the assault by a policeman. It is also possible that the parents themselves were not able to have a discussion with their child regarding the details of the incident. Maybe the child internalised this as some mistake she committed and just shut down.

Let’s hope that none of these were the reasons, but growing up in Kolkata, all of them seem plausible to me. It is from the vantage point of a Kolkata kid that me and my husband (also a Kolkata boy) transformed into parents who are trying to raise a daughter who recognises danger, knows right from wrong situations, learns to say NO and yet has a magical childhood.