Gallery: Scenes of Humour, Calm and Rage at Hyderabad University

Javed Iqbal captures scenes of humour, calm and rage at Hyderabad Central University after the call for "Chalo HCU" on April 6, 2016. 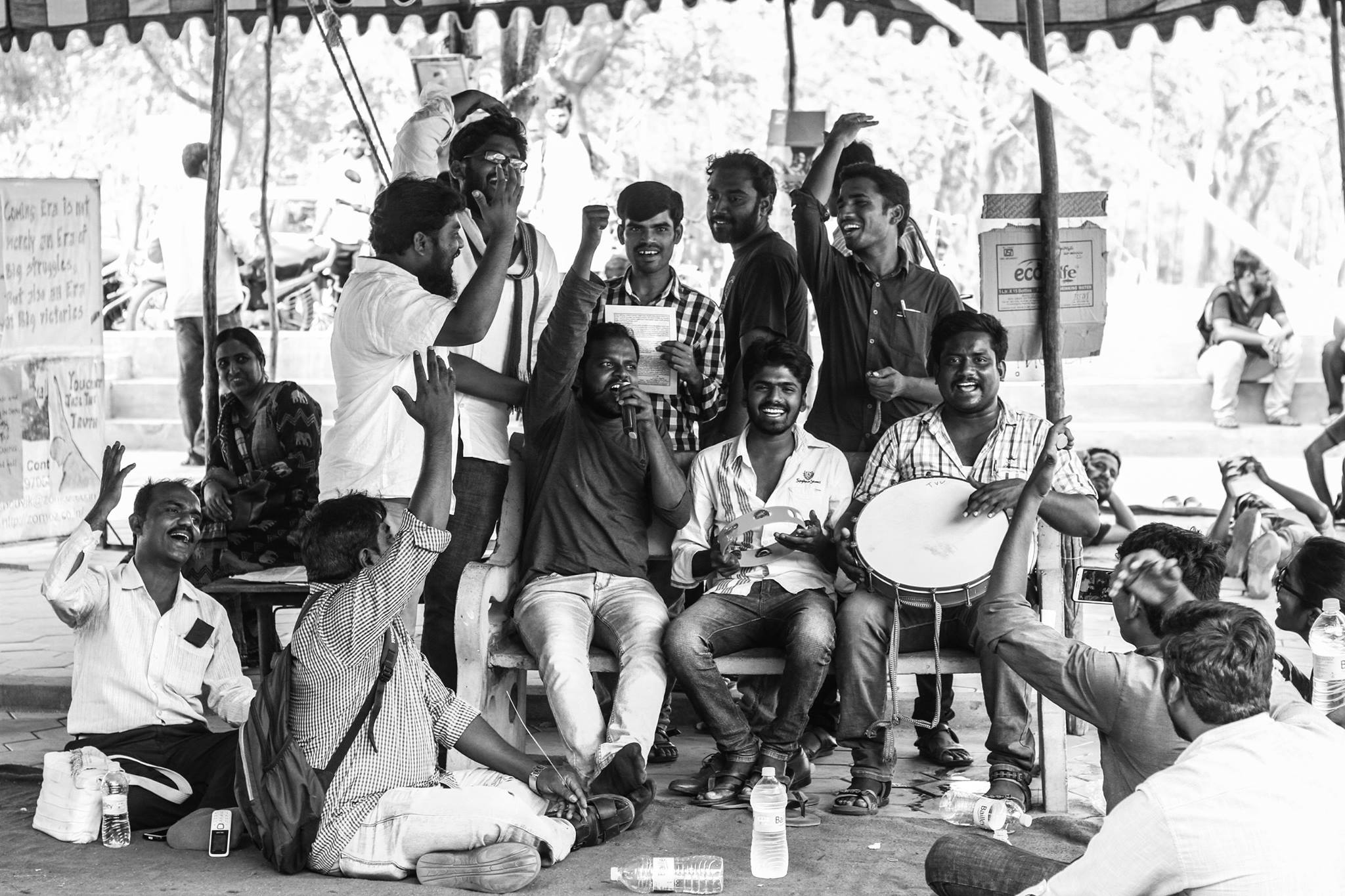 Singing "Jai jai veerudai..." - in memory of Rohith, in celebration of Rohith.

“Chalo HCU” demanded that Vice Chancellor Appa Rao be recalled and the Academic Council meeting being held inside the Vice Chancellor’s lodge be cancelled. About 100 students gathered at the university’s main gates, which were closed for outsiders. When some of the students and staff were not allowed to enter, the crowd began to protest. The police were called in, and at least 50 students were detained. Sarath Nalinganti, a popular student leader, cultural and political activist from Osmania University tries to get through the gates A student being taken away by the police. A moment of hilarity: an entering car confuses the police about whether to open or close the gates, and, seizing the opportunity, the protesting students surge inside. A break: no students getting beaten up, no high profile person around.

Meanwhile, inside the campus, the “Veli Wada” still stands. It is a symbolic stage of protest, a Dalit ghetto for the exiled, that was built by five Ambedkar Students Association members, including Rohith Vemula.

The HCU administration, with the help of the CISF, is now threatening to demolish it. Dontha Prashanth, a member of the Ambedkar Students Association, warns that they dare not touch their Rohith Stupa: “Every time there is a massacre or a killing of a Dalit, a memorial comes up, a bust of Ambedkar… They must not touch this memorial. I must remind them that we come from a caste of gravediggers, and we will bury them if they try.” Sebastian Anna, a member of the non-teaching staff: ‘What is this Bharat Mata Ki Jai? I will say Mala Mata ki jai!” Sebastian Anna also says, ‘I have been here since 1987, Apparao is actually my Junior.’ Veterans from the Ambekarite students movement sang many anti-caste songs over the afternoon. Here they are singing “Jai jai veeruda…” – in memory of Rohith, in celebration of Rohith. The writing is on the walls: HCU speaks. HCU speaks out against Appa Rao. A short respite from the Hyderabad sun: napping under the gaze of Dr. Ambedkar and Rohith.