Many international students are in a state of panic because most flight and train services are still suspended and many border states are in lockdown mode. 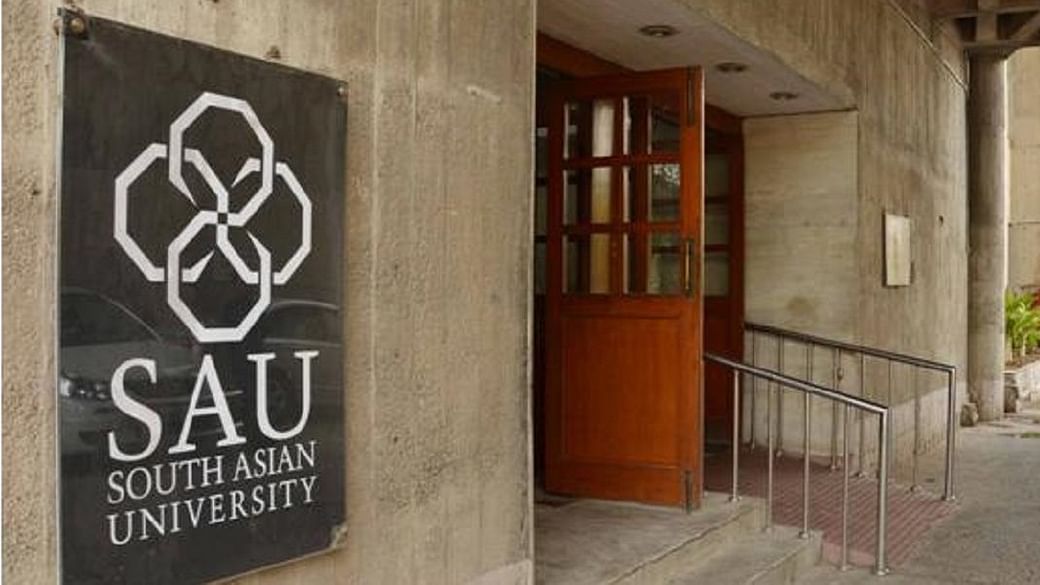 New Delhi: A student from Nepal at South Asian University, Delhi, is packing his bags and coordinating with other students from the country to try and head home in the middle of a pandemic.

The administration, on July 17, issued a notice asking final-year masters students living in the hostel to evacuate their rooms on or before July 27. According to the notice, if a student continues to stay in the hostel, they will have to pay a rent of Rs 250 per day.

When a lot of students didn’t leave, the dean of students’ office issued another notice on July 28, extending the deadline to August 3.

Since making travel arrangements takes time, a lot of students are still at the hostel and therefore have no choice but to pay the rent. Students have been sending emails to the administration, asking for another extension, but their pleas have gone unheard.

Students, especially those from neighbouring countries, went into a state of panic as soon as they received the notice because most flight and train services have been suspended, border states are in lockdown and the number of COVID-19 cases have crossed the two million mark in India.

“As final year students, we were going to leave the hostel anyway, but making travelling arrangements is not easy right now. The college has added to our problems by releasing this evacuation notice and asking us to pay a penalty fee,” said a student from Nepal, on the condition of anonymity.

Reportedly, the government of Nepal hasn’t arranged any rescue flight for its citizens stranded in India and all international flights to the country continue to remain suspended. Hence, the students will have to travel by road, and renting a private vehicle approximately costs around 25,000 Nepali rupees, the students said.

“Forget health risks, managing logistics is very difficult and expensive in the absence of flight services and recurrent natural disasters like floods and landslides in border areas. We first have to take a bus till the border (Sanauli town in UP) and then hire a private vehicle,” added the student.

Long-distance bus services in Nepal and a limited number of international and domestic flight will only start from August 17.

On August 4, one student from Bangladesh had to take multiple flights to reach home. Since Kolkata was under a lockdown, he had to first fly to Patna from Delhi and then take a bus to go to Kolkata to be able to cross the border.

In April, when the college had announced yet another evacuation notice, a lot of international students had to book expensive tickets and cross several hurdles to reach home.

“All my friends from Afghanistan, who went in April, contracted coronavirus as soon as they reached home. And soon after, their parents too got infected,” said a final-year student from Bangladesh.

According to the students, after The Wire’s Sukanya Shantha reported on the matter, the college, in its recent notice, has allowed PhD candidates and first year students to stay back and has only asked final-year students to leave.

Back then, a lot of students didn’t leave because the university was conducting online classes and most of them don’t have internet facilities back home.

“I don’t have a good internet facility at home to be able to attend online classes. So, I had to stay back to complete my course and at that time, we were only half-way through the final semester. Not just me, a lot of other students, especially those who come from rural areas, didn’t go for the same reason,” said a student from India. “None of us are stuck here out of choice.”

A few other students in the university also spoke about having a lack of proper internet connectivity at home and the expenses involved in being able to attend a minimum two-hour long class without interruption.

The students, who were going to appear in the entrance exam for PhD admission in the university –scheduled to be held on August 12 and 13 – will not be able to do so because of university’s order to evacuate the hostel.

“They [administration] say that you can appear in the exam online from home, but I can’t do that and a lot of us can’t,” the student added. “I will not be taking the exam this year.”

According to students, they had deposited $100 (Rs 6,000) as a security deposit during the time of admission but the university is allegedly not returning it.

“Students who have already booked tickets wanted their security deposit but they haven’t got it back. They [administration] are probably planning to use that money to charge the penalty fee,” said the student from Nepal.

“It is our money,” adds the student from Bangladesh, “I thought that I would use my security deposit to get back home and therefore I spent my money accordingly and now they aren’t giving the money back.”

Things have been mentally draining and distressing since April, the students said. “When the university issued the first evacuation notice, I couldn’t sleep for two-three days. I never thought that a university where I felt so at home while being miles away from my home country, could now turn its back on us like this,” said the student from Bangladesh.

“We will have to pay for the travel expenses, the penalty hostel rent and the college is not giving us back the security deposit,” said the student from Nepal. “All of it is very unfair.”

When LiveWire reached out to the college’s acting president Ranjan Mohanty, he said that final-year students have already finished their course and therefore should be leaving the college.

“The COVID-19 situation will go on for a year, will they stay here for one year? Is it our responsibility to keep them in the hostel? They have already given their exams, and we have also given them their degrees,” he said.

When asked about the students’ demand for an extension to stay, he said that the university had been asking the students to evacuate for the last two months and that a charge of Rs 250 per day is fair.

“If you go outside and look for accommodation, the per room charge is Rs 1,000. We are charging minimum rent and are also providing food, water, wifi and other essential services,” he said.

LiveWire has written an email to the dean of students and the assistant dean of students, asking for their response on the matter and the reason why the security deposit has been withheld. This copy will be updated if there is a response.