When it Comes to Education, the Budget's Attention Deficit Continues

With a new policy on education awaited for more than a year now and no signs of what might be in the offing, any hopes of some indications from the Survey and the Budget have also been belied. 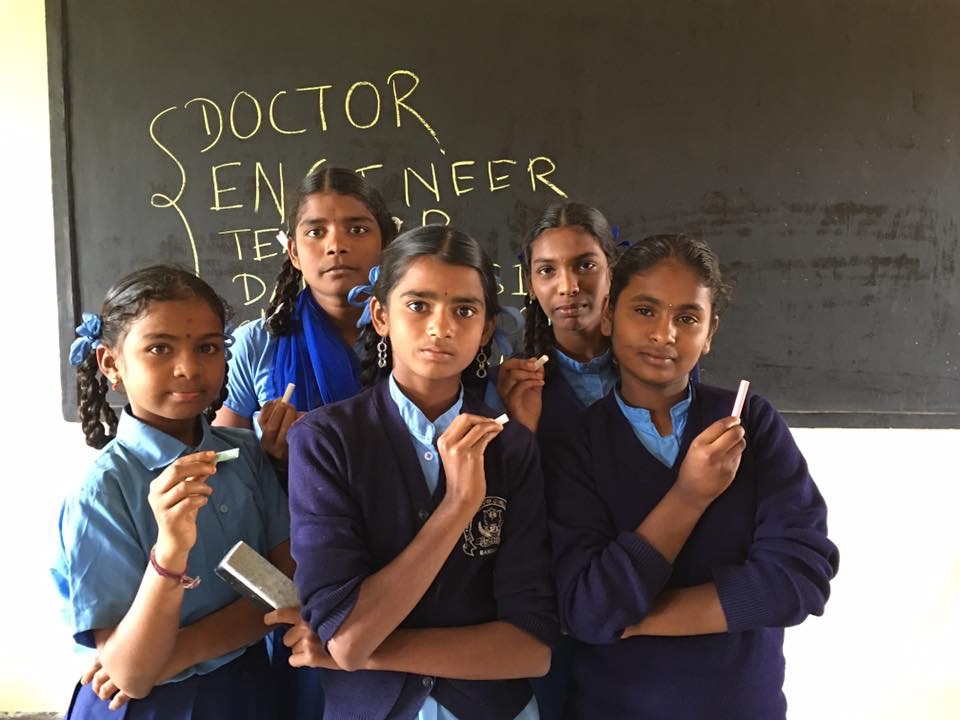 Students waiting for their due. Credit: Shome Basu

The Modi government’s much-awaited budget for 2017-18 has proved rather lacklustre, even characterless, with practically no change in allocations in most sectors and no indications of how suggested changes would be brought about.  Thus, the Pradhan Mantri Gram Sadak Yojana (PMGSY) for rural roads has seen an increase from Rs 19,000 crores to Rs 23, 000 crores, but the employment guarantee scheme NREGA – despite being singled out as receiving a ‘record increase’ in allocation – has in fact seen its budget go up by only Rs 500 crore, if supplementary allocations are taken into account. There was a lot of rhetoric in the budget speech in terms of ‘transforming, energising, cleaning’  India, but little by way of concrete proposals or ideas of how this would be done. Arun Jaitley’s proposals had very few numbers. indicating that there is likely to be little change in the way things have been working so far.

The finance minister mentioned that the budget announcement was significantly different from previous years in that the railway budget was merged with it, the plan and non-plan classification was done away and it was being presented a month in advance of its usual date. However, another difference that stood out was that the social sector, and education in particular, hardly got a mention. Subsumed under the theme of “youth”, the only announcement Jaitley made was that the government would develop a system of measuring annual learning outcomes in schools and an innovation fund for stimulating ICT-enabled local innovations, especially for secondary schools in educationally backward blocks. For higher education, a National Testing Service for entrance to institutions and “greater administrative academic autonomy” for “good quality” higher education institutes was all that was mentioned.  The rest of this theme was then dedicated to “skills”, with proposals like skill centres to provide “advanced training” including courses in “foreign languages” for the youth to seek job opportunities – outside the country!

Looking at the budget document, however, it is hard to see how even these meagre announcements would be translated into reality, with the entire so-called “National Education Mission” getting an increase of a little over Rs 1100 crores  (from 28251 to 29556 crores), most of which has gone to Sarva Siksha Abhiyan (SSA). Thus, secondary education (Madhyamik Shiksha Abhiyan) gets an additional Rs 130 crores and teacher training another couple of hundred while the Ucchatar Shiksha Abhiyan gets no increase at all. Even the increase in SSA allocations, if not inclusive of budgetary supplements, could amount to much less. Does this mean that there will be no budgetary ramifications of the proposals presented? Or does it mean that since education is a concurrent subject, the state governments will be expected to pay for them? With the 14th Finance Commission changes still in the process of being worked out, the fears of the social sector being doubly neglected loom large. And this year’s budget, yet again, provided neither clarity nor solace.

But questions also arise about the budget exercise and policy making, at least in education. One wonders where the two are linked, at all. All that can be deduced from the budget is that the Ministry of Human Resource Development (MHRD) will receive roughly the same amount of funds from the Ministry of Finance as it did earlier. The demand for grants from the MHRD was, as usual, almost twice the amount allocated at Rs 46,000 crores. Presumably then, it will be business as usual. But, what of the gaps in education achievements? What of the millions of children that are still out of school (6 million is the most conservative estimate)? What of the continuing shortfalls in meeting the norms of basic infrastructure in schools, of the quality of teaching learning methods, of the huge shortage of trained teachers – all which would contribute to better learning outcomes? Simply measuring the learning levels is not likely to improve them. The Economic Survey states that,  “India has to traverse a considerable distance to realise its ambitions on growth, employment and social justice…” And among the three major challenges listed, it cites “strengthening state capacity in delivering essential services”.  In the case of education, it is clear that the shortage in state capacity is linked not just to shortages in teaching staff, but also to infrastructure, reach of technology, administrative structures and systems.

But neither the Survey nor the Budget provide any indication of how these significant problems, especially those that are systemic in nature, are to be tackled. In fact, the few lines devoted to education in the Survey suggest conducting a pilot of biometric attendance (to check teacher absenteeism) accompanied by parental monitoring by putting the attendance data in the public domain. As an afterthought it also recommends linking the pilot to learning outcomes. And for good measure adds that “recorded lectures” should be made available to students, in the event the teachers are absent. Clearly, the challenge of state capacity cannot be addressed in this fashion. But the Budget does not respond to this suggestion either, even while talking about measuring learning outcomes.

Where the survey and the budget are aligned is the faith they put on “innovations” to fix the problems. The Survey also states that there are “insufficient instances of good models that can travel widely within India and that are seen as attractive political opportunities.” What it suggests is a counterpart of competitive populism in “competitive service delivery.” Presumably then, the finance minister also expects the state governments to find the funds for innovations to engage in competitive service delivery. There is no dearth of innovative models within the education sector. Why they have not been sustained or scaled up is the question that should be addressed instead.

With a new policy on education awaited for more than a year now and no signs of what might be in the offing, any hopes of some indications from the Survey and the Budget have also been belied. Even as some of the problems are correctly identified, as they have been for a few years now, there continues to be limited thought and money allocated to solving them in a sustainable fashion.