Students demanded that the new norms requiring applicants to score more than 50% in entrance test be withdrawn and that previous interview lists are reinstated. 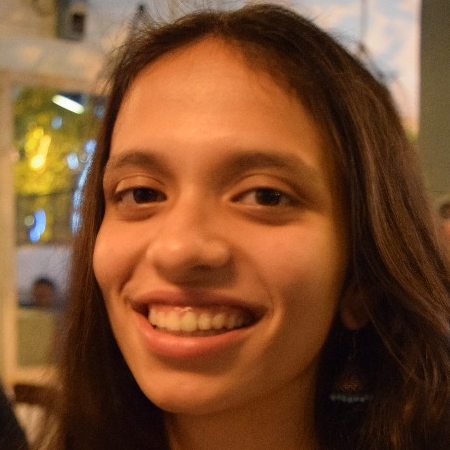 New Delhi: On Wednesday, students held a hunger strike at the Arts Faculty block of Delhi University to protest against new norms laid down by the University Grants Commission (UGC) requiring PhD and MPhil candidates to score a minimum of 50% in the entrance test to be eligible for admissions. The protest, scheduled to last the whole day from 8 am to 8 pm, consisted of more or less 20 students (the number kept wavering as students kept leaving and new students kept joining) who had stationed themselves outside gate 4 of the Arts Faculty block.

The new norms, first introduced in the 2016 UGC Gazette notification as part of clause 5.4, state that candidates be admitted through a two stage process:

5.4.1 An entrance test with qualifying marks as 50%. The syllabus of the entrance test shall consist of 50% of research methodology and 50% shall be subject specific;

5.4.2 An interview/viva-a-voce to be organised by the Higher Education Institution (HEI) when the candidates are required to discuss their research interest/area through a presentation before a duly constituted Department Research Committee.

Though the 2016 UGC notification recommended the said norms, they were not binding on the university as DU is a central university that continues to have the right to constitute its own selection procedure. Accordingly, each department set its own cut-offs and on its basis and issued an initial interview list for all students who passed the department mandated cut off.

However, after this list had already been released, an arbitrary notification was issued on the night of July 23, stating that “according to the amendments to ordinance V1, V1-A and V1-B regarding MPhil and PhD, the qualifying marks in the entrance examination for all the candidates (reserved and unreserved) is 50%”. This, in turn, implied that DU had deliberated on the 2016 UGC notification – which was non-binding and had not been implemented till now –and decided to implement it. Participants of the hunger strike in DU. Credit: Neha Mehrotra

“There are a lot of other rules in the 2016 UGC Gazette which have not been implemented. So why implement this one rule all of a sudden?” said a student from the history department who wished to remain anonymous for fear of getting into trouble.

“And even the way it was done, it was so last minute. The initial list for the history department came out on July 17 and interviews were supposed to start from July 25. However, the UGC circular came out only on July 23. So we were informed barely two days before our interviews”, said the student. “There were so many students who came from distant place and on coming here, found out that their interviews had been cancelled. Not only is this very stressful and traumatic, but it’s also a strain financially for those who have travelled so far.”

Another reason the 50% cut off is widely seen as unreasonable is the recently introduced system of negative marking—not present at the time the UGC gazette was released in 2016—which makes it very hard for students to score over 50%. Due to this, minimal students passed the entrance exam cut off, leaving most seats empty. The majority of seats, in turn, were redistributed to students qualifying through the UGC’s National Eligibility Test (NET).

A further lapse in the UGC notification is the implementation of a blanket cut off for all students, without making separate allowances for students from SC/ST/OBC/PWD. Earlier, there were different cut offs for students from reserved categories, with gradations based on pre-existing reservation policies. However, after the issuance of the blanket cut off, concessions given to students from reserved categories have been terminated, making it significantly harder for those from marginalised backgrounds to get admission into postgraduate programmes at the university.

For instance, in the Modern Indian Languages and Literature (MIL) department, nine students from the SC category gave the entrance test and all nine qualified for interviews in the initial list. However, not a single candidate was included in the revised list. Pamphlets at the protest in DU. Credit: Neha Mehrotra.

“There is a rule that for each reserved seat, you have to call at least three students for interviews and so, for the three SC seats, all nine of us were called for interviews”, said Shalu, a student from the SC category who ranked fifth in the MPhil MIL entrance test. “However, under the revised list, the student who ranked first has also failed to qualify for the interview. So in MPhil MIL, only general students and one OBC have qualified,” she said.

The exclusionary tendency of the new norms becomes further evident when one looks at the language this year’s entrance test was conducted in: instead of being held in both English and Hindi, the test was held solely in English.

Shalu said, “My BA and MA are from DU and I passed with distinction. So what was so different about the post-graduate entrance test that none could score even 40%? People keep saying that it’s our fault that we didn’t score. It’s also important to ask what flaws did the question paper have.”

“Protest is about general selection procedure”

“The government wants to cut off access to higher education for students like us,” said Mohammad Aasim, a student who ranked 17th in the MPhil history entrance test. “The social science department is always attacked the most because whenever there is injustice, social science students are at the forefront, fighting against it,” he said.

“We went to the vice chancellor to put our demands before him. But the VC has refused to meet us. He refuses to grant us a single meeting,” said Aasim, referring to Yogesh Tyagi.

Aasim and other protestors stressed that the protest was not only for students from reserved categories, but for all students applying for MPhil and PhD programs. “Even if the university grants concession for reserved categories, we will continue to fight because the norms, even for the general category, will continue to be unethical. So this is not just about reservation. The fight is about the general selection procedure for all students,” said a student from the history department who chose to remain anonymous.