As some faculty members at JNU consider quitting because of issues with the VC, IIT Delhi's director has written to department heads asking them to try and recruit "senior faculty with a distinguished track record". 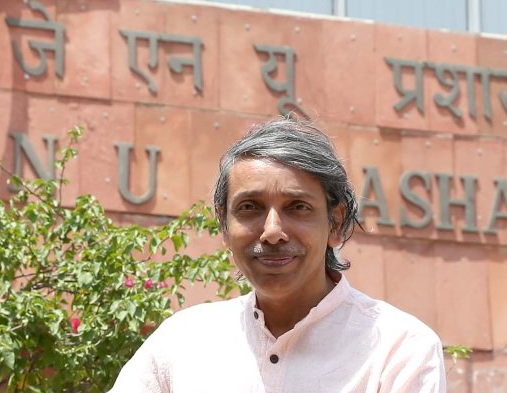 Bangalore: In a major vote of no-confidence in the leadership of Jawaharlal Nehru University (JNU) vice chancellor M. Jagadesh Kumar, a number of top faculty members in the sciences have sent feelers to the Indian Institute of Technology across the road in Delhi and other top institutions seeking a quick cross-over.

On December 19, IIT Delhi director V. Ramgopal Rao emailed his colleagues in different departments encouraging them to recruit the faculty members leaving JNU, especially if their work has been noteworthy.

I am receiving many feelers from senior JNU faculty showing a willingness to move to IIT Delhi, considering the deterioting (sic) situation in JNU. I am told that some of them are also applying to other institutions given the impression that IIT Delhi doesn’t encourage lateral movement into higher positions. It will be a pity if we lose out on such good people because of any of these reasons/perception. I leave it to your judgement how you wish to deal with this. Institute will be very open to recruitment of senior faculty who have a distinguished track record.

Ironically, JNU VC Kumar is an ‘import’ from IIT Delhi.

The Ministry of Human Resource Development (MHRD) made IIT Delhi an ‘institute of eminence’ in 2018, paving the way for the institute to receive Rs 1,000 crore in additional funds over the next five years.

Rao’s email was sent two weeks before suspected members of the Akhil Bharatiya Vidyarthi Parishad (ABVP) brutally assaulted students on the JNU campus but well after the first protests against the fee-hike and the Citizenship (Amendment) Act, 2019 began.

Even today, nearly a week after the January 5 beatings, the situation on campus remains tense, partly due to the prevailing sense that ABVP activists and supporters couldn’t have perpetrated their attack without the backing of campus security and, by extension, the VC,  as they were able to enter, leave and move around the campus despite being masked and armed but without being stopped by the security guards. Teachers have suspended classes en masse, and students, protesting the week-old violence as well as the hostel fee hike from earlier, have boycotted exams and refused to register for the next semester.

According to one person familiar with the matter, the response to Rao’s email from within IIT Delhi has been neither uniform nor enthusiastic. For example, some have expressed the fear that the out-of-JNU transfers could become a conduit for Jagadesh Kumar to send right-wing allies into IIT Delhi.

However, this is at odds with the impression in JNU that right-leaning faculty members are all happy with the VC’s governance and have no reason to want to leave the university, especially given the MHRD’s refusal to suspend Kumar despite mounting demands from various quarters.

Then again, per a different account (which The Wire has been able to verify), at least one faculty member is mulling leaving JNU primarily because of animosity towards Kumar.

Even before promulgating the hostel fee-hike, Kumar had developed a controversial reputation on campus as an autocrat. Among other things, he hasn’t investigated key faculty members accused of academic plagiarism, arbitrarily kept students from submitting their PhD theses, imposed attendance rules less to improve productivity and more to get protestors indoors (so to speak), and tried to prevent a distinguished art historian from collecting a prestigious award by denying her leave.

In a referendum in August 2019, 93% of the members of the JNU Teachers’ Association said they had no confidence in Kumar’s leadership and 96% objected to his plan to borrow Rs 515 crore from the government to develop the schools of engineering and management.

While IIT Delhi has its share of student politics, it is not nearly as bristling as its counterpart in JNU. But unlike Kumar’s pliant attitude towards the BJP government, IIT Delhi’s Rao has been more independent, at least outwardly.

But IIT Delhi’s willingness – or the willingness of other institutes, for that matter – to recruit some faculty members may not suffice by itself to invite any disgruntled members of JNU’s schools of humanities, social sciences and economics away. These faculties are considered to be the best of their kind in India. Similarly, IIT Delhi’s faculties of engineering and physical sciences are stronger, on average, thus limiting the number of JNU people on the recruiters’ shortlist.

Considering both factors together, one senior academic who recently retired from JNU speculated that the number of faculty members that will eventually move out is likely to be low.

The bigger issue, everyone agrees, is Jagadesh Kumar’s policies, more broadly the extent to which he has been willing to let his political inclinations interfere with the way he runs the university. The consensus is that if JNU becomes hostile towards its own teachers, the future of the university is in trouble.

The IIT director did not acknowledge The Wire‘s request for comment; this article will be updated if and when he responds.