The culture of ad-hocism and refusal of the university to strengthen faculties and stabilise financial grants are spelling disaster for teachers and students alike. 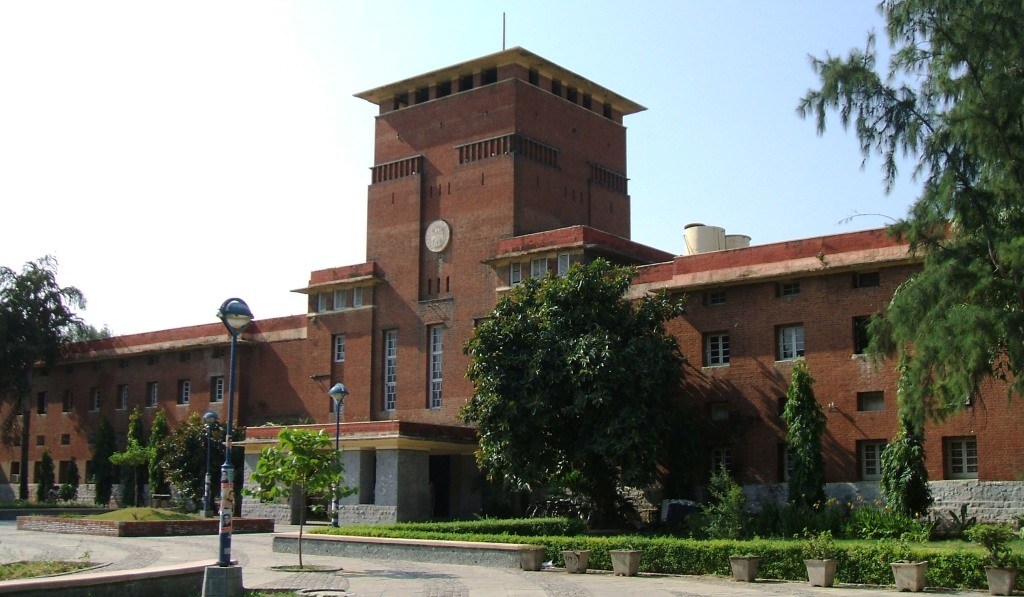 This article is addressed to all the taxpayers who fund Delhi University, to cabinet ministers who allot these funds for higher education, to University Grants Commission (UGC) that allocates funds to the university, to the vice chancellor of the university who lays out his vision and makes plans for realising that vision. Also, I write this on behalf of all the foot soldiers of Delhi University who carry out plans and implement the vision the VC has for this university.

I do understand that as a central university, funded by the central government’s UGC, not all decisions and not all plans are those envisaged by the vice chancellor. I also understand that his autonomy and his ability to make decisions may be, in some measure, contingent on the government’s vision of university space in general and of Delhi University in particular. What I do not know is how encumbered or supported he is by the government in his leadership of the university. So in a way, this is also addressed to whoever is in charge of the buck and wherever the buck actually stops.

My reason for this address is based on a presumption, which is that everyday ramifications of decisions (or the lack of it) are neither visible nor self-evident to those at the top of a university of this size and dimension. I could be wrong here but would hope that this actually is the case rather than one of dereliction and neglect.

Over the last three-and-a-half years, the university has transitioned from the bizarre four-year undergraduate programme to a version of semester mode, to the choice-based credit system (CBCS). In fact, in 2015, courses in all three structures were being taught, spanning all three undergraduate teaching years. It led to an untold amount of confusion, fire-fighting and management of poorly laid out plans. The teaching body, however, has not yet received enough credit for how painless they made this transition; this is by way of information and not at all as a source of discontentment. Our problem is that now that we have become fully compliant with the CBCS system, across all three years, we do not have the required and adequate faculty.

The last time the “workload” – i.e. the number of teachers required to teach existing courses for existing class sizes – was assessed was in 2015. While juggling competing demands and needs of three different course structures, it was indeed difficult for the teaching body to foresee the precise nature of workload two years thence when – in 2017-18 – we would become fully CBCS compliant. Also, future needs are not considered to be credible grounds for pre-claiming extra hands. The rationale being that they are not needed now and we’ll cross the bridge when we get to it. We reached the bridge in July 2017 but it has been a struggle for us to cross it.

The CBCS system by definition and design is a choice-based system. The expressive stated purpose of the scheme is mainly to provide an opportunity for students to have a choice of courses or subjects within a programme. Thus, on menu we have various discipline-centred, general and skill-based electives. Increased choices have also increased our faculty requirement by 20-30%.

On the one hand, we have this new structure and on the other, we lack a renewed capacity to cope with the demands that the system generates. The problem arises because our workload requirement still corresponds to what we had been sanctioned in 2015. We have a requirement deficit of as many as 60-70 lectures – plus tutorials in some departments. So what do we do? We take more classes than we are required to. We merge tutorials and ask students who don’t fit in the small tutorial rooms to stand outside the room or peer in from the windows to participate; we squabble, plead, snitch for larger rooms. If the situation were not so sad, the audio-visuals of such scenes would have been quite comical. If the situation continues like this and more faculty members are not recruited on a war footing, the foundational rationale of the system is bound to be compromised.

To add to this mess, almost 50% of the faculty comprises ad hoc or guest appointments. The entire process of appointments has remained in abeyance since December 2010, making it almost a seven-year moratorium on regular appointments. Pathetic as the situation may be for those ad-hoc teachers who are the sole earners in their family, it’ll be a mistake to assume that this plight is of the teachers alone. This is also about students, about learning, about research potential – each of which gets affected when we do not have steady faculty and/or their steady commitment. This culture of “ad-hocism” is pervasive, eventually making the entire process of teaching and learning “casual”, quite like the nature of appointments.

A third spanner in the works seems to be a couple of notifications issued by the Ministry of Human Resource Development and UGC to central universities, asking them to strive for financial self-reliance, telling universities that they will eventually be required to generate 30% of the funds themselves. Against this scenario and warnings of grant restriction, can we hope that new posts will be sanctioned and interviews will be held? If not, one of the unintended consequences would be a restriction of choices and optional courses offered to students, and compliance with only a minimalist version of the CBCS system. It may sound fine in the compliance reports but is unlikely to serve larger ambitions of achieving academic excellence and improved global rankings.

We as teachers sense and suffer this paralysis that seems to have gripped Delhi University. Our quest for better global rankings and improving research output requires certain basic though not fancy requirements of pushing through faculty appointments, ensuring the stability of grants, inclusive policies that allow public funding of higher education so that “betis” from meager backgrounds can learn and survive (padho and bacho) as empowered self-agents. A step towards the euphemistically sounding “autonomy”, which places the onus of generating a proportion of funds on colleges, will necessarily mandate fee hikes, the first causalities of which are going to be girl students of the university.

We need to bridge this ever-growing pervasive gap between kathni (rhetoric) and karni (deeds), where we talk “autonomy” but implement more control; where we seek excellence but effect ad-hocism; where we talk autonomy but implement cuts in public funding of universities; and where we adopt the hip language of credits and inter-disciplinarity but stifle the possibility of it. Higher education needs a higher vision.