The practice's psychological and social impact is now being felt.

The Kejriwal government’s policy groups school children according to their reading, writing and arithmetic ability. Photo: Maia Maia/Flickr, CC BY 2.0

New Delhi: Kusum Jain’s house, in Delhi’s posh Civil Lines, lines a wide leafy road with virtually no traffic. It is also bang opposite that of Arvind Kejriwal.

Jain is battling Delhi’s pugilistic chief minister. The fight is not over who will head the Residents’ Welfare Association of a neighbourhood with driveways and private security guards.

In May, Jain challenged, in the Delhi high court, the Kejriwal government’s policy of grouping school children according to their reading, writing and arithmetic ability. The Delhi government filed an affidavit in court in August saying children were assigned groups within their own class to help teachers cope with variations in learning ability.

Many groups of teachers that this reporter spoke to said children were segregated physically, made to sit in separate classrooms, and in some schools even taught from different textbooks.

In 2016, using a Pratham tool, Delhi government schools physically segregated students in Class 6, 7, 8 and 9 into the talented and non-talented. The nomenclature of the groups changed repeatedly but finally settled into ‘Pratibha’ (talented), Nishtha (those we believe in) and Neo-Nishtha, or, earlier the third group was named Vishwas. The move involved 6,50,000 students in over 1,000 schools in the capital.

“How can you accept gross injustice against children?” said Jain, who heads the Parents Forum for Meaningful Education that filed the writ in May.

Shobha Sinha, an expert on reading and early literacy with a doctorate from the University of Illinois, rues the lack of research culture in India. There simply hasn’t been enough probing of the impact of ability-based segregation. Research on homogenous school groups in the world, though, by experts such as Elfrieda Hiebert and Richard Allington shows they don’t work.

“Labelling students leaves them trapped in those labels, lowers self-esteem and even others’ expectations from them,” said Sinha.

A clamour to end the no detention policy, the backbone of the RTE or Right to Education, was playing into the narrative at a national level when Prime Minister Narendra Modi took charge in 2014.

Schools promoting students till Class 8 on the basis of continuous, comprehensive evaluation or CCE was blamed for encouraging lazy students and lazy teaching. Prakash Javadekar ushered back in the Class 10 board examinations for the class of 2017-18. “No-detention” till Class 8 was scrapped on January 3, 2018, after much hand wringing. Schools could now ‘fail’ students as young as ten years old.

Both these factors, teachers say, shifted attention from learning to test results and scores. Students had to pass, and score well, if a government meant to show it had mended education.

Student identification and segregation began in 2016 with exam scores in mind. The Kejriwal administration’s major electoral promise, which it hopes to cash in on next year, is better publicly funded school education. 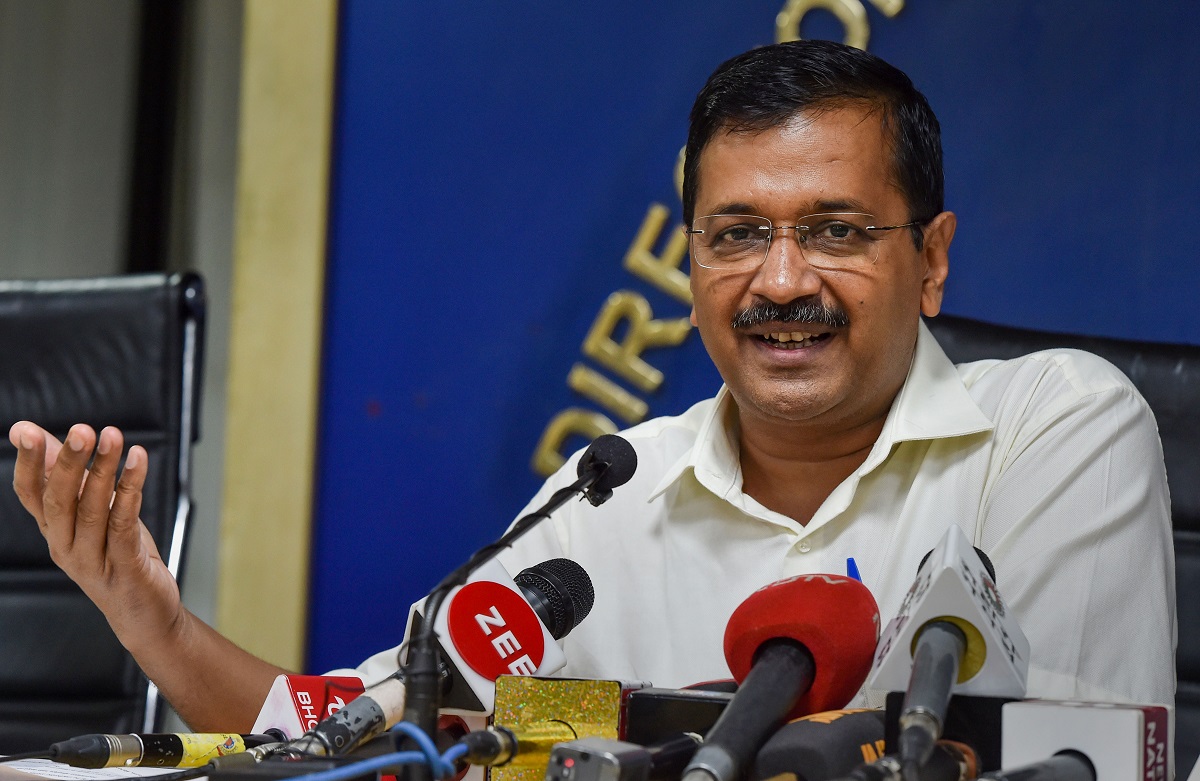 The psychological and social impact of ability-based grouping is now being felt. Teachers who spoke to The Wire said segregation destroyed peer learning and increased bullying. Manish Kumar, a teacher intern was embedded in a school for months when he noticed the friction arising out of segregation.

“The Pratibha group would tell me that their parents, teachers tell them not to play with the Vishwas group. The children were told that Vishwas group children are dirty, they swear,” said Kumar, who graduated in education in 2017, and researched segregation as an intern teacher in Sarvoday Bal Vidyalay, Ramesh Nagar in west Delhi.

Any collective study between different-labelled groups was entirely discouraged (the lack of peer learning that teachers rue).

Kumar began interviewing students, and also asked them to fill out questionnaires. “It was my first attempt at writing, at research,” said Kumar, with pride. He is from Maharashtra and learnt Hindi in Delhi.

Also Read: How Delhi Government Schools Are Revamping Their Approach to Education

Kumar’s project is described in academia as an action research project where a practitioner conducts research on his or her own context with the aim of understanding it better. It may not be methodologically rigorous, but it enables the practitioner to gain insight into challenges emerging from a specific context.

The Delhi government, in reply to the legal challenge, filed an affidavit in court in August that the segregation had helped learning outcomes. The Kejriwal administration said that the students were separated within their own class. Teachers, however, said that this clever play on words wasn’t fooling anyone and that the ability-based grouping was a physical segregation.

Before the reply was filed – the court was on a summer break – I sat down with Shailendra Sharma, principal advisor, director of education, Delhi government for nearly two hours to understand the logic behind the ability groups.

It was prompted, says Sharma, by the high failure rate that was detected when students reached Class 9. Teachers were first asked in a pilot project to work extra with struggling learners after identifying them.

“Teachers came back with: How do I (do it)? When I am working with these children, what happens to my syllabus. That’s when we realised that there is a demon called syllabus. Teachers were petrified that if I spend extra time, my syllabus gets left behind. The headquarters sent out in those days a weekly bifurcated syllabus. This week you will have to do this, next week do that. So much for so-called child-centric learning”, said Sharma, who has a substantial office in the old Vidhan Sabha.

Segregation, then was the only answer, said Sharma, who prefers to call it ability-based grouping.

“When the government changes, doesn’t mean everything passes. There is something called bureaucracy in this country,” said Sharma, on being pressed that if he was part of headquarters he could ease off the syllabus pressure.

“There is a sense of continuity that the bureaucracy brings. It is not that the Kejriwal government takes over, from next day he would have complete control of everything.”

Sharma draws his salary from Pratham, an organisation whose Annual Status of Rural Education or ASER surveys from 2005 showed children weren’t learning much. Pratham became a media darling; the media had been suspicious of the government school system to begin with and now had data to back its bias.

Academic critiques of ASER say that by probing only government schools and excluding private ones, the numbers undermined a system that taught first-generation school-goers from poor families with low nutrition, unlettered parents, and violence and alcoholism in their streets.

“Once the ASER data has been controlled for other factors (such as caste and religion), the notion of the private school performing better than the government school falls flat,” wrote Vivek Vellanki, who is pursuing a doctorate at Michigan State University’s College of Education.

Teachers who spoke to The Wire said they were mistrustful of Pratham’s role in policy-making. They want Kusum Jain’s neighbour and Delhi’s chief minister to trust teachers and give them more freedom on how to teach students falling behind, not bring in outside agencies that promise quick results. 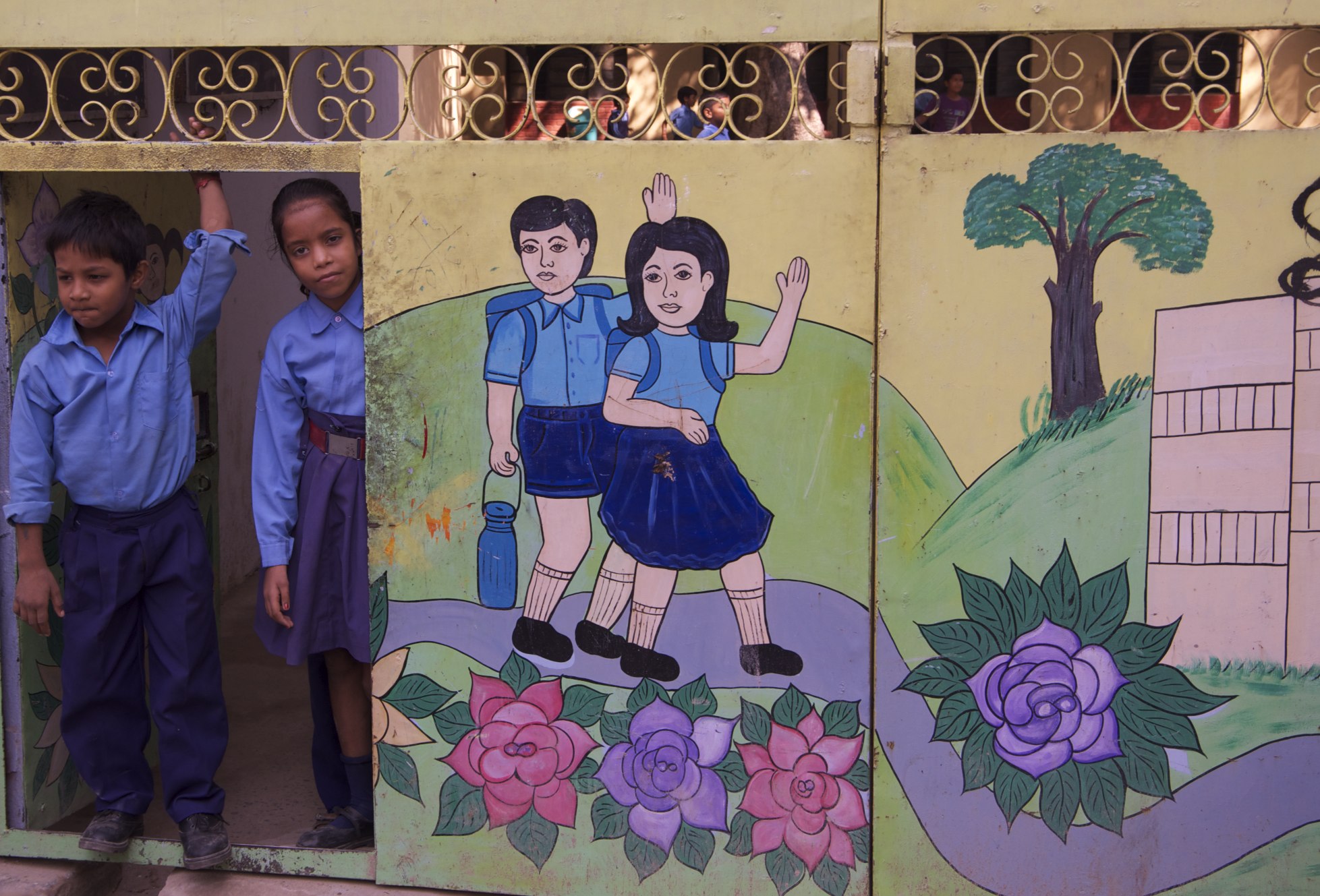 “You will become a rickshaw-wallah”

‘The segregation is impacting student identity. Before ability groups were made, students were called by their names. Now students are known by their group names. This is forcing a change in their identity. Students themselves, and teachers, call students by their group name. For instance, this conversation happens when students are playing: ‘Pratibha’s Rahul is in my team’ or ‘I fought with Vishwas’s Bunty’, says Manish Kumar in his research on Class 9 students (14-year-olds).

“I don’t get along with Pratibha’s Rohit. He thinks the world of himself and mocks me. He says I don’t know anything. That’s why I am in a Vishwas classroom,” said Harshit.

“Pratibha students don’t talk to us; teachers pay more attention to them so that the school’s score doesn’t get bad. This policy is not right because it is the right of all children to study together,” wrote Ramu.

Bhola of Vishwas group wrote: “There is a constant fight between me and a boy in Pratibha whose name is Aakash. He mocks me and says to me: You don’t know anything. You will become a rickshaw-wallah.”

This is not reassuring stuff. Teachers said their struggle with a discriminatory system has no one’s ears.

“Last year, I had a Nishtha class. Today, I started the exercise of again assessing with the (Pratham) tool I have been given, a bifurcation: which students have done well, which haven’t. (So that some students could be sent to a higher-ability classroom) There was complete rebellion: ‘Sir, how can you do this to us? We are not leaving this class.’ So I had to stop the exercise at least for today,” said a teacher of a Delhi government school who didn’t wish to be named as a signed bond bars him from speaking to the media.

Teachers cited pressure to report on how many students were improving because of the Pratham tools being applied. “Learning is a gradual and continuous process. So students will improve anyway. Not because of this tool,” said an MCD school teacher, who said segregation is percolating down to junior, municipal schools controlled by the BJP, a political rival to Kejriwal’s party.

An experiment in Karnataka showed that giving a set of students special coaching and additional attention, after they failed mid-term examinations, worked. This is what Shailendra Sharma initially wanted from schools but what the Delhi government is not implementing.

Literacy and reading expert Sinha finds that within non-segregated classrooms too students identified as bad learners are given less interesting and less engaging activities to do.

“My class observations have shown that more talented students will be given the task to enact a story, but this is a task all children would love to do. It allows them to study the story carefully, put expressions in a character. Every child has a right to an interesting curriculum,” says Sinha, who goes into all kinds of classrooms to observe her students intern as teachers. 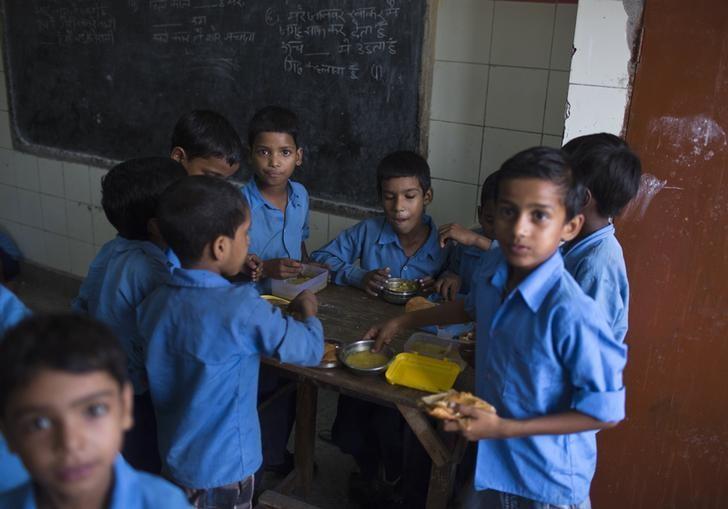 It is not that Kejriwal’s intentions aren’t good. Delhi government schools have held high-profile parent-teacher meetings or PTMs, formed school management committees or SMCs that include parents, built new buildings and added classrooms. But, in a manner typical to that of an IIT graduate, Kejriwal trusts technology more than humans.

Kejriwal could not, for a significant period, fill teacher vacancies until guest teachers took to the streets. Schools demanded Aadhaar cards to provide mid-day meals – all governments caved into this demand – until the Supreme Court humanely stepped in and said a six-year-old didn’t need a biometric ID to eat lunch.

Also read: Why Delhi School Teachers Are Wary About Increasing Surveillance and Intimidation

Lawyer Ashok Agarwal, who has worked as an education activist for over two decades – even briefly joining Kejriwal’s Aam Aadmi Party before quitting in disappointment – has data to show Delhi pushed poorly-performing children out of schools. He said it could only be to show good board exam results.

“Gannd macha rakha hai inhone. Education ki samajh hi nahi hai (They have messed up; they have no understanding of education),” said Agarwal.

Aparna Kalra is a Delhi School of Economics alumnus whose forte is investigations, profiles, and data journalism. She worked as a fact-checker on a Facebook project for AFP this year.